And since we can't travel anywhere just now......

I've got a vegetarian haggis at the ready!

Missing our usual Burns Night supper in the Hotel where he allegedly wrote the Selkirk Grace. ☹️🏴󠁧󠁢󠁳󠁣󠁴󠁿

We had a full Burns supper delivered from a local hotel on Saturday. It was huge!
I'm not a Burns fan and don't like whisky at all but haggis, neeps and tatties are just the thing on a frosty January night.
Am due to recite 'Tae a moose' on our zoom session later this week. Must practise.

I shall indeed be sitting down to my McSweens haggis (although it’s not a patch on Waters the Butcher’s in Selkirk High Street) with bashed neeps and tatties
I hope whitewave has managed to source her neeps by now.

I have my McSweens veggie haggis and tatties and the last turnip in the garden which I had to prise up through the snow.
Not sure about Burns supper on my own. It doesn't feel right. Is there something on tele?

Tears in my eyes this morning as my DGD, who is 5, has sung My Heart's in the Highlands to her own, excellent tune.
Her DM sang it on stage at her primary school what feels like yesterday but was probably 20 years ago

Mea culpa. Forgot to order haggis for our last groceries delivery, but will certainly raise a glass of malt this evening.

I shall indeed be sitting down to my McSweens haggis (although it’s not a patch on Waters the Butcher’s in Selkirk High Street) with bashed neeps and tatties
I hope whitewave has managed to source her neeps by now.

Not me maw although I wouldn’t mind giving it a go. What I wish is that I enjoyed whisky.

I'll join you Grumppa. Not a Scot but love a wee dram. Its the Bunnahabhain for us tonight.

The whisky is not compulsory WW!
Scotland’s”Auld Alliance” with France -of which all Remainers will surely approve- used to be given as the reason for the very excellent claret served at the Café Royal in Rose Street.
(Is it still there, Edinburgh Grans?)
So enjoy a 🍷 or two instead!

I'll be having haggis with dd,sil and dgs tonight as I'm part of their extended family. I used to recite Tam O'Shanter with actions at school Burns suppers when I was teaching. The best were the children performing though. I was part of a school trip to Russia in 1990 and the Russian children were fantastic at reciting Burns. He's very popular there.

We had a trading "union" with Germany in the 13th century too .I believe the documents are still held in Germany and are put on display periodically.Maybe someone else will know the area ?

I met DH on December 19th 1969 at my company Christmas party (he had gone with his brother who worked for the same company) Our first dance was the Gay Gordon's.

5 weeks later we went to a Burns Supper and then to someone's house for more partying. He proposed while we were sitting on the floor in the someone's front room.

So, we have a lot to thank Robert's Burns for. I wonder if he will remember!!

And, I wish haggis was available gf!!

Bloody phone- not sure the Burns belong to Robert!!

Kittylester - 💕💕💕💕💕💕
I wonder how much longer we’ll be able to call it the Gay Gordons?
Somebody was banned from Facebook recently for a week for a reference to the Devil’s Dyke somewhere!

We had a trading "union" with Germany in the 13th century too .I believe the documents are still held in Germany and are put on display periodically.Maybe someone else will know the area ?

Thank you for the reminder OP. (I have problems working out what day it is lately never mind the date 😁)

Now I don’t have to think about what’s for dinner. I’d better prepare the neeps and tatties. (Yes I do have haggis in the freezer - doesn’t everybody?)

I once ran a taste test of vegetarian haggis and not one participant thought it was anything other than traditional haggis.

Here’s tae us; Wha’s like us? Gey few an they’re aw deid. 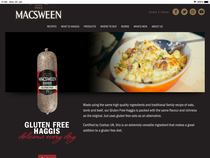 Just found this ( apologies for a bit of a long cut and paste but interesting!

Aside from the language links, the history of links between Scotland and Germany is rooted in trade. Long before Germany existed as a nation, during the Medieval period, Scottish traders were drawn to do business with the Hanseatic League, who operated from ports around the Baltic Sea, including those on the northern coast of Germany.

Trade with the German ports of the Hanseatic League was so important in Scotland that William Wallace, after his victory at Stirling Bridge in 1297, wrote to the governments of Lubeck and Hamburg to thank them for their support. He reassured them that now the English army had been beaten, German merchants would find it safe to trade in Scotland once more. Robert the Bruce also wrote to Lubeck in 1321 to strengthen trade between Scotland and the towns of ‘Alemannia

During the 15th Century, Scottish merchants trading in Germany were not always viewed positively by the locals. Laws restricting Scottish (and English) trade were introduced. Scottish settlers were sometimes viewed as an unwelcome minority group in Germany. Some moved on to Poland. But many others remained. However, throughout this and the following century, Scots continued to emigrate to Germany from Leith, Dundee and especially Aberdeen. Not all were wealthy merchants. The Duke of Prussia complained, in 1558, of pedlars and vagabonds from Scotland causing ruin to his subjects with their travelling trade !
Many more Scots made their way to Germany in the 17th Century to fight in the Thirty Years War. Thousands of Scottish soldiers fought in this conflict, on all sides and for all nations. Many settled in the region. Many Scottish academics also made their way from Scotland to Germany and strong educational links were forged. Germany’s religious divisions meant that both Calvinists and Catholics also sought refuge from religious persecution in the country. Ratisbon (modern day Regensburg) was particularly popular as a place of learning for the sons of Scottish Catholic families.
I think the first para is what you were meaning.
This is how I get stuck on my iPad for hours- one thing leads to another! 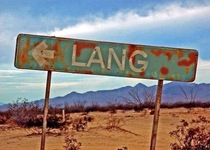 Mr Sainsbury will be delivering my MacSween’s haggis shortly. I’m missing my usual Burns Supper(s), so will just need to celebrate alone.
There was a time I could recite Tam O’ Shanter from memory, but I’ll make do with John Cairney’s version on You Tube.

We are in the SE, but will link up with friends in Aberdeen for a post haggis address and to share a dram or two.

Whisky cured smoked salmon, haggis neeps and tatties, and cranachan, bring it on!

Alegrias1 You have quoted my favourite Burns poem, thank you! Sadly in Yorkshire, married to a Yorkshireman who has no interest in The Bard, we won't be doing anything particularly tonight!

Grammaretto this is on BBC Scotland tonight at 8pm
www.bbc.co.uk/programmes/m000rs3k

Gwenisgreat1 you're welcome. Have some virtual whisky 🥃

Thanks jaxjacky, Sainsbury's don't appear to sell it.

The whisky is not compulsory WW!
Scotland’s”Auld Alliance” with France -of which all Remainers will surely approve- used to be given as the reason for the very excellent claret served at the Café Royal in Rose Street.
(Is it still there, Edinburgh Grans?)
So enjoy a 🍷 or two instead!

You will be pleased to know that the Cafe Royal is still going strong (well, not right at this precise moment - Covid and all that, but you know what I mean!)

What Popular Food Do You Hate?

Toast with butter and sugar and other 'treats'

How well do you get on with...