Girlfriend staying in the car 'with the dogs'

I do feel upset. It's my son's birthday tomorrow.

He sent a text this morning to ask if he and his girlfriend could drop in for coffee on their way home to Durham. They have two small dogs, and I have a sheltie who isn't used to dogs coming into the house.

I wasn't expecting to see him, and felt pleased, and went out and bought him some cake at our local coffee shop. I was going to transfer his birthday money into his account, but got the cash out instead. I'd already posted his card, he's 26 tomorrow.

He texted again to say he'd be coming about 1 pm, so I asked if he'd like lunch. He said no, he wanted to walk his dogs and have chips at our nearest town a few miles up the road. I said I didn't feel very well today, and would rather not do that, but if he called in on the way I'd got cake and cash for him.

They've been in the car for about 45 minutes by the time they get here.

He came to the door a few minutes ago - his girlfriend was going to 'stay in the car with the dogs'. They've been going out together for about eight years now, and I've probably only seen her eight times.

I felt really angry she was going to wait in the car, it just seemed so rude. I've got a private drive so the car windows could all have been opened, I'm sure the dogs would have been OK for a ten minute visit.

Unfortunately I was as rude as her as I more or less shoved the cake and cash at him, kissed him happy birthday, and said goodbye.

I have a feeling that there could be more to this than any of us, including the OP know.

mosaicwarts, you mention that your son has mental health issues, which I imagine has caused you a lot of anguish. Please bear in mind that it's possible that your DiL might also have such problems.
I am only saying this because of something that happened in our own family some years ago, where one inlaw refused to get out of the car when 'attending' a family event. Eventually, that person agreed to enter the house, but all except the person whose big birthday was being celebrated (plus partner) had to remain in the garden or another room. At the time, it caused a huge amount of (largely unspoken) upset (especially to me, who had organised the celebration for one of my parents), but since then we have learned of the previously hidden/unacknowledged mental health issues that were behind it.

It's just possible that your DiL struggles with issues of her own and simply couldn't face you, for reasons that are beyond her or your control

I agree MamaCaz I believe there are very few people who do these things to deliberately hurt others. There is a saying - be kind - everyone you meet is struggling with something.

KatyK, what a lovely saying! I will try and remember that as I really struggle with some people who are really unkind and hurtful.

Yes loveOc I read it somewhere and I'm sure it's true.

I imagine they (or she) provoked you so you would overreact and be in the wrong.

Goodness lilyflower are you deliberately trying to upset mosaic?
Never ascribe to misunderstanding that which you can attribute to malice, eh?

My son starts with a new taxi firm this morning, I'm keeping everything crossed it works out for him. He was paying the other firm £150 for the car hire, £100 for the insurance - this firm is slightly cheaper. His girlfriend's Dad also works for the firm, I hope he looks out for him.

I do suffer with 'expectations' - I had never expected my son to be a taxi driver. It worries me that he is out on the road in all weathers, I have bought him a dash cam and hope he uses it.

My son lost his job three years ago through grief and I've been supporting him financially, at least he has started earning a living.

I am writing Friday off as a bad reaction day and hope we can all forget it.

I was surprised yesterday though - I am on Facebook and friends with his girlfriend and do 'follow' her posts as my daughter said it would be odd if I didn't. It's very odd - she has just posted a very effusive thanks to her parents for allowing them to stay at their caravan. They always go to her parents caravan, I've never seen her do it before. I only ever comment when her dogs win prizes at the dog shows. There is a lovely photo of the two of them with their dogs - and my son looks happy.
That's all that matters isn't it

Mosaic I think it’s so wonderful how you’ve taken this bad day and grown from it.

Expectations really are hard to deal with on all sides of relationships.

Keep communicating openly, honestly and kindly and you will make the best of it.

You are doing great!

I would caution you against giving him presents that eases up your anxiety (re: dashcam for his taxi).
If he asked for it, well done! If he didn't ask or even hint about it, it could get misinterpreted as you not trusting him or overworrying - I am not saying that you do not trust him.
If that's the case, find ways to manage your anxiety instead of making him responsible for it

Mosaid, I'm another one who thinks you're doing very well. Also, I agree with MamaCaz that since DS has mental health issues, GF might have some, too.

"I only ever comment when her dogs win prizes at the dog shows. There is a lovely photo of the two of them with their dogs."

It sounds as if GF's dogs are very important to her and her lifestyle. That may be why she wouldn't leave them alone in the car, even long enough to just say "hello."

Starlady is probably right, a lot of people are very precious about their dogs, probably more to do with them than you, but it could have been handed better

I know many of you will not agree.
When you have pets, they become your family. They depend on you for health care, food, shelter, love, everything. They live with you 24/7.

It is not unusual to take care of them or "put them above" (as some of you have written) visitors you may have.

As a pet parent, I am not willing to out guests' wants and expectations above my pets' needs, regardless of the blood link we may have 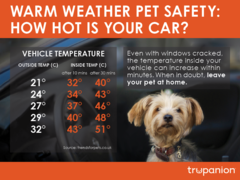 @Sara, It’s not about people being precious about their dogs. It’s about wanting to treat them and care for them properly. Dogs can die in cars when left alone.

Apologising was brilliant. Son's mental health issues are his alone, none of the car incident goes to you.

To be fed up of renovations on a nearby house