So who will be the next Tory leader? ( assuming Boris goes )

I want an outspoken person with courage of their convictions preferably not a college/ uni or public school person !
We don't need a waffler either.

Someone down to earth whose interests are for the people of the country and not just for themselves and their 6 houses each ! A person for the people-----are there any ?

Crikey yes, wouldn’t want to annoy him would you.

Sorry, that was about Dominic Cummings.

I sincerely hope that it won't be Sunak. Because of his wealth and educational background he can have no idea how most people live. And he is a believer in austerity and the small state, which won't affect him of course.

I would prefer it to be no one from the front bench, they are all tainted one way or another.

Quotes about and from Liz Truss - yet another austerity candidate for PM.

“Britain is a nation of Uber-riding, Deliveroo-eating, Airbnb-ing freedom fighters,” she said in one speech, a retort to critics of the gig economy. “And to turbocharge our future we need to champion these values, and let people off the leash by liberating every corner of the economy.”

"In the Treasury she often told colleagues the answer to their problems was not more public spending but freedom for the market. “I aim to be the disrupter in chief; I want to challenge those who aim to block change, stop development and restrict success.”

"Yet when serious challenge has been made to her low-tax beliefs, Truss has been pragmatic, speaking out in private against Sunak’s national insurance rise in late summer last year but then, once it was policy, declining to join Jacob Rees-Mogg in January urging Sunak to cancel the rise."

After todays revelations not a single minister is fit to lead the Tory party and most particularly the country.

I am done with corruption, sleaze, lies, blackmail and cronyism.

No one like Cummings has friends, but he does have what he would consider useful contacts through networking. 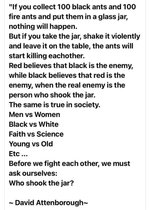 Well we vote Labour or Green, so not really qualified to say. I'd like someone who will bring the party back from its right wing agenda, and show a more compassionate face.
I don't think any of the front runners fit that bill.

Rishi is a friend of Cummings. It was in the Guardian Mag. article about him.

If you haven't read it, do. Cummings is a scary maniac

Rishi is a friend of Cummings. It was in the Guardian Mag. article about him.

If you haven't read it, do. Cummings is a scary maniac

Yes I read that and pleased to see a link. It is all so blimmin’ scary.

Sunak is really dodgy I think.

I think flat faced dogs should be banned