I am so shocked! Could it be our PM lied? But wait, is that a recess I see ahead? Surely this can all be postponed until September. Its not as if its important?

I genuinely do not understand how an event can be deemed illegal but only some attendees have been fined.

And, of course, Johnson specifically lied to the House about this one.

I genuinely do not understand how an event can be deemed illegal but only some attendees have been fined.

And, of course, Johnson specifically lied to the House about this one.

Indeed.....and the responses to that tweet are even better!!

When is a party not a party?

As one that was told I could not spend even two minutes with my dad, who was breathing his last, due to the laws and rules laid down by the government, I cannot understand why Johnson felt it ok to carry on like this. My Dad had to die without any of his family at his bedside.😡

I am so shocked! Could it be our PM lied? But wait, is that a recess I see ahead? Surely this can all be postponed until September. Its not as if its important?

I believe they only have a week or so off.

Posted too soon! After the release of the photo. It won't go away will it?

Posted too soon! After the release of the photo. It won't go away will it?

Nor should it go away!

Johnson is a lying ,cheating, liability and the Met
police are corrupt
That’s my Tuesday morning information

Apparently attending people's leaving 'events' and toasting them in bubbly is part of Johnson's job. So no need to fine him for doing his job. OTOH, it was a party and there was no need for anyone else to be there as part of their jobs, so they were fined...

It is said that Johnson had legal support for the Met. investigation. Is this the legal argument they came up with or does it just exist in the fevered imagination of Telegraph readers?

The Met are being asked to explain themselves:

"The new photos from the Partygate saga have left police facing questions about the credibility of their investigation and a former police chief demanding that they explain themselves urgently.

Last week. the Metropolitan police ended its investigation into a string of Downing Street and Whitehall parties having issued Boris Johnson with only one fine. Westminster insiders say the prime minister had been a willing participant at several social gatherings that breached lockdown rules, yet the police decision appeared to suggest he had broken no rules.

The former Met police deputy assistant commissioner Brian Paddick said public confidence in the Met was being further damaged by the revelations.

Lord Paddick, a Liberal Democrat peer, said it should have been obvious to the Met that photos would become public and undermine the credibility of their decision-making, which was already hugely debated.

Paddick said: “It is naive of the Met to think the person who supplied them with the photos would not supply them to the media if the police decided not to take action against him over other events.

“The public will want to know what more evidence the police needed to give the prime minister a fixed-penalty notice, when the photos appear to show beyond reasonable doubt that he should have been issued with one.”

"The Independent Office for Police Conduct (IOPC) has been urged to investigate why Johnson was not fined for the event. The Lib Dems’ deputy leader, Daisy Cooper, wrote to the police watchdog’s director general, Michael Lockwood, on Monday night asking it to require the Met to clarify its decision-making process." 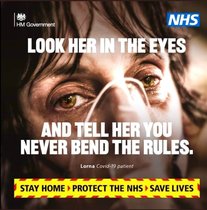 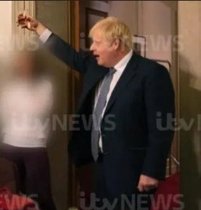 The party that wasn’t according to the liar.

This is the real issue now.

Boris Johnson is a liar. The Met is rotten to the core. This we knew. Now add to the list that Tory MPs are the enablers of their joint fascist project to ignore parliament and the rule of law. That’s the bit we have to talk about now.

Did anyone listen to Grant Shapps (Green) on R4 this morning😄

He claimed - wait for it- that Johnson was mourning his mum and clearly not partying in the picture😄😄😄.

Some Tory MPs are turning against him this morning.

The Sue Gray report is expected tomorrow, unless any more delays.

It wasn’t a party , it was a tea break but they had run out of tea
bags

Has anyone else attended parties at their place of work? I can remember 2 - the first after I passed my first accountancy exams when we adjourned to the office with bottles of Veuve du Vernay after chucking out time. That was in 1976. The second was our departmental cocktail party held in the partners' dining room.

Every other time has been in the pub, or a restaurant or at an hotel (Christmas). We would never have dreamed of partying in the office - only too glad to get away.

Did anyone listen to Grant Shapps (Green) on R4 this morning😄

He claimed - wait for it- that Johnson was mourning his mum and clearly not partying in the picture😄😄😄.

He's been getting round. On GMB claiming that one of his parents had died around that time. I think it was his father (GS that is, not Johnson)

I’m sure GS dad did not die but he was very poorly. Gs was unable to visit his dad. The met seemingly only sent out questionnaires and didn’t “interview” face to face??? BJ would have had his completed by a legal expert whereas the civil servants would be left to fill it in. They probably filled questionnaires honestly. That is the difference.

Dinahmo GS said he thought his Father was going to die, he was in hospital for four months. He was unable to visit him.

At the time his father was in hospital, he also said that it was imperative that everybody followed the rules. That was on 10th February.

On 12th February, Johnson was in contact with an MP, Lee Anderson, who was confirmed to have Covid. There's a picture on Anderson's Twitter feed of him and Johnson standing very close and not wearing masks. The latest partygate photos were taken on 13th February. Johnson subsequently had to self-isolate. Although there's no suggestion that he knew he had been in contact with a Covid carrier, it's possible that he was infectious, which shows just how irresponsible he was.

The insiders have started spilling the beans:

Insiders who attended events at Downing Street during lockdown have told the BBC how staff crowded together, sat on each other's laps and how party debris was left out overnight.

For the first time, insiders who were at some of the events have told BBC Panorama in detail what they saw.

They describe arriving for work the morning after a get-together to find bottles lying around parts of the building, bins overflowing with rubbish and empties left on the table.

They also tell of events with dozens of staff crowded together, and parties going so late that, on occasion, some ended up staying in Downing Street all night.

And they say staff mocked others who tried to stop what was going on.

Can teasing be subtle bullying?

RIP The right of a woman to choose