First u-turn within the first week or so of government.

There will be others. I suspect their threatened further tax give-aways will be quickly buried.

FFS. These people shouldn't be left alone with sharp objects, should they?

Think again volver. Why are you worried if they hurt themselves?

I have a heart. Unlike many of today's Tory government, it seems.

“When someone shows you who they are believe them; the first time.” Maya Angelou.

Yes 100%. Let’s wait and see what they do with the proposed welfare cuts etc.

It is all about losing seats - not about the country isn’t it?

The budget = piss up.

So we’ve had a week of complete market turmoil all it seems for bugger all.

Their reputation will never recover. Truss and Kwarteng are joined at the hip. One goes the other cannot be far behind, or will quack her way to the next election.

As Whitewave says, it is all about MP's being worried about losing seats, not concern for the country. They have a cushy number and do not want to lose it.

Truss has been forecasting tax cuts throughout her bid for leader - the whole summer is all we heard.

Kwarteng was her mouthpiece.

The reality of government has hit home! When you are foot loose, fancy free and running for leader, you can make all sorts of unrealistic promises and really believe in them

Then you get elected leader and rush into putting all your best ideas in action - and, pow, reality strikes. The markets react massively, negatively, to what you are putting in place, the electorate never wanted it anyway and even your most loyal voters turn away from you. You were warned this would happen, but didn't believe it in those cloud cuckoo days.

I have come to the conclusion that the problem with leadership in both party's is that they let their party members have the final say. In the Conservative party, the last two leaders have been ones the parliamentary aprty did not want: Johnson and Truss. In the Labour party meber voting gave them Corbyn and now Starmer.

I know Starmer is riding high at present, but it isn't because he is a good leader, it is because the last two Conservative leaders have been so truly and magnificently incompetent, that a hamster with a Labour party rosette can be guaranteed to be a better leader than Johnson and Truss, because he says nothing.

So much for their bedrock trickle down stuff when confronted with vote losing certainties.

Still, I am thankful. Have they dropped the bankers bonus thing too.

But I will remain having no time for them at all until they "up" basic benefit levels!

The u-turn is on the measure that would have had the least impact, either positive or negative, on the average person.

While being forced to ditch it so quickly is a huge embarrassment for T&K, doing so seems unlikely to immediately lose them further support either within the party or outside of it.

I fear that their backtracking on this almost universally-criticised measure could well be enough to buy them the support and the time needed to push through the much more harmful policies that really are going to hurt a very large number of people.
In fact, having had time to think about it, I'm almost more worried now than I was before the u-turn.

Have they and their fellow Tories started spouting the 'this shows that we listen' line of positive spin on this yet? If not, I bet we'll have heard it countless times by lunchtime!

oldnproud undoubtedly - and as you say it will have zero impact on 99.9% of people in this country.

The spinners will be out in force.

The damage is done.

The PM and Chancellor have realised that threatening to remove the whip from those MPs who were likely to refuse to vote through the decrease of 5p for top earners was not enough to get this approved.

I am pleased it has been revoked as I was never in favour of it in the first place. 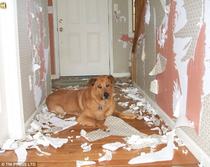 “This has become a distraction. Let’s move on and talk about growth”

What a complete sh** show! Of course the mantra this morning is ‘We get it. We have listened.’ People will now be thanking and praising the government for NOT doing something - classic gaslighting once again! The country has been scammed by Truss and Kwarteng. Just in time for the party conference. Look out for the standing ovation for Kwarteng today - the chancellor who ‘gets it’ and ‘listens’

WE NEED A GENERAL ELECTION!

Truss has been forecasting tax cuts throughout her bid for leader - the whole summer is all we heard.

Kwarteng was her mouthpiece.

Yes, she was. While Sunak was opposed to them.

She might be knowledgeable in certain areas but is utterly lacking in intelligence and common sense. Common sense that should have told her cutting taxes for the wealthy at a time when there is a distinct rebellious mood in the country where months of upheaval after Brexit, a pandemic, and an expensive war, have caused hardship for so many who were already only just surfacing (if they indeed were) from years of Austerity - was not a good move. And intelligence should have informed her that her party, her MPs, desperately wanting to remain in power, were going to be acutely tuned-in to the mood of the electorate and any threat this might pose for them and their coveted positions. Borrowing so much to fund these unnecessary giveaways without costing them was bound to cause consternation in the markets. Her belief that digging up trickle-down economics was going to save the country was naive and reckless. Defending her policy by channelling her inner Thatcher and declaring that she was prepared to be unpopular was egotistical bravado. She is a programmed robot and as such is abysmal when she is forced to go off-script. She is a liability to the UK.

I may be misremembering the exact wording, but what Sir Keir said still stands. Don't forget, don't forgive.

“No damage done, just a few billion written off the markets, minor credit rating downgrade, teensy loss of confidence in the city and a glimpse of our true colours to everyone who hadn't noticed yet. Other than that, I'd say the mini-budget has been a triumph.”

How old were you when you got your first mortgage ?

Advice to the younger generation.

Murder in the Alps