What to think about when paying for a funeral 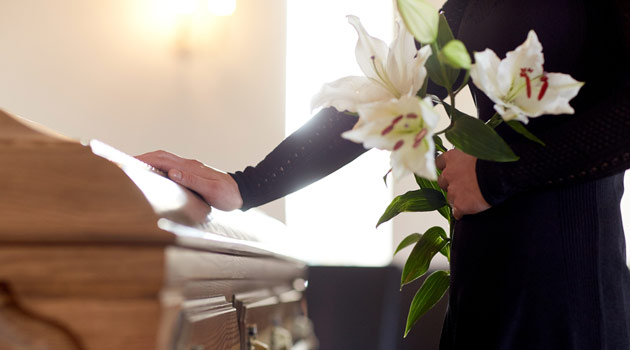 Funerals are expensive. According to a 2017 survey, 16% of people say they have struggled with funeral costs.* Understandably, at a time when you’re grieving, money can feel like the least important consideration. However, letting costs get out of control isn’t the best way to guarantee a good funeral that reflects the life of the person who has died. It’s easy to be left feeling you have been pressurised into spending money you didn’t need to at a time when you were vulnerable. There are many ways to reduce the costs of a funeral while still making it the occasion you would wish. Here are Independent Age’s suggestions of some of the things to consider.

1. Shop around for a funeral director

Get quotes from a few funeral directors and ask them for a breakdown of what is included in the cost. Make sure there are no hidden extras you don’t require. Choose a funeral director who is responsive to what you want and doesn’t pressure you into paying for services you don’t need. It might feel strange, but you can haggle. Speak to your funeral director about where you can make savings.

If you choose a funeral director and change your mind when you meet them, you’re within your rights to change to a different funeral director, even if the first one has already collected the body. The funeral director will be the largest single expense so you’ll want to get this right. It’s also worth knowing that there’s no legal requirement to use a funeral director – you can arrange everything yourself although this will involve more work.

2. Think about what you really want

Don’t feel you have to have something just because it’s a traditional part of a funeral. It may be that the person who has died did request some of those elements, but it’s worth considering each of them properly. A funeral director will ask you lots of questions and it’s easy to find yourself agreeing to things unthinkingly if you haven’t made a list in advance. For example:

Prices vary hugely, from around a hundred pounds for a cardboard coffin to several thousand pounds for luxury versions. You could also consider shrouds, which are cheaper.

Funeral flowers cost £149 on average.* Do you want them? Not everyone will. Think about what could make decorations personal to the person who has died. For example, you could ask funeral guests to bring a favourite flower each to place on the coffin.

You don’t have to follow the hearse in limousines. Consider whether you’d be happier travelling in your own car. This can be a question of personal preference as well as cost. There’s also no obligation to use a hearse to transport the body.

Family and friends are often keen to lend a hand. Could you hold the wake at home and ask everyone to bring a dish, rather than spending a lot on catering? You could also consider holding the ceremony at home.

These options are considerably cheaper than traditional funerals. The funeral director collects the body and cremates or buries it at a less popular time of day, without a ceremony. This gives you the option of holding a separate ceremony at a different time. Not all funeral directors offer this option.

3. Can you claim any financial help?

If your income is low, you might be able to apply for a Funeral Expenses Payment. To qualify, you’ll need to be receiving certain benefits, meet rules about how you’re related to the person who died, and apply within six months of the funeral. The amount you can get from a Funeral Expenses Payment varies, but won’t cover the full cost of even a simple funeral. You may also be able to get a budgeting loan from the Social Fund or a grant from a charity. If you’re receiving Universal Credit, you may be able to get a budgeting advance (you apply for this instead of a budgeting loan). For more information, read Independent Age’s factsheet, What to do after a death.

Independent Age wants to get us all talking about death. Find out more here: independentage.org/TalkAboutDeath. 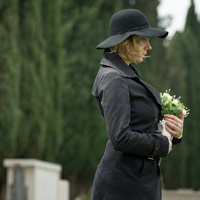 What to wear to a funeral 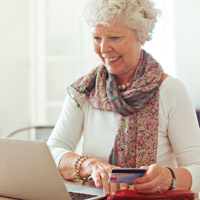 Discounts for over 60s

Nur zum Spass ... Only for fun

An update on Louis my Grandson

What is the correct pronunciation of Lerwick ?