How legacy gifts make a difference at Cancer Research UK 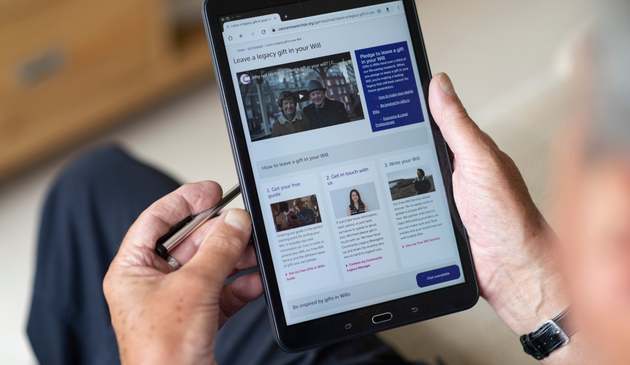 A gift in your Will is a donation made to charity in your Will. We take a look at how legacy gifts make a huge difference, and why they’re so important.

This page is sponsored by:

Why are legacy gifts in Wills important to CRUK? | What gifts in Wills have already helped to achieve | How gifts in Wills can save lives | Merharban Singh Jutlla's story | Liz Roberts' story | How you can leave a gift in Will

Has a charity helped you or a loved one? Chances are that at one point, a charity will touch your life. After all, charities are responsible for driving a lot of projects and initiatives that benefit us all today - so what better way is there to ensure they can continue supporting future generations than including a gift to a charity in your Will?

When deciding who to include in your Will, it’s understandable that your first priority might be to make sure family and loved ones are provided for. But leaving a gift in your Will to an organisation like Cancer Research UK, who uses donations to fund groundbreaking research, is another way to support your loved ones in the future.

It is this research that helps the search for treatments to help beat cancer. By leaving a gift to Cancer Research UK in your Will, you’d be joining researchers, scientists, nurses and other supporters who have also made a pledge to beat cancer.

Why are legacy gifts in Wills important to CRUK?

Gifts in Wills to Cancer Research UK are vital as they enable long-term projects that lead to new treatments, helping us to beat cancer and support future research talent.

Funding from gifts in Wills allows them to focus on researching how some cancers can be prevented, improving detection and diagnosis, developing new treatments and improving existing ones.

Here are some examples of how your money would help fund vital research at Cancer Research UK:

What gifts in Wills have already helped to achieve

2022 marks 20 years since Cancer Research UK was formed, but their history goes back much further than that, to 1902, when the Imperial Cancer Research Fund was established.

That’s 120 years of progress for people affected by cancer - helped by donations left as gifts in Wills. From proving the link between smoking and lung cancer in 1950, to laying the foundations for modern radiotherapy - Cancer Research UK’s scientists have been at the forefront of cancer discoveries for over a century.

So much that the charity’s work has helped increase the percentage of people surviving cancer from 24% in the 1970s to over 50% today. Here are 5 ways that gifts in Wills have helped fund Cancer Research UK’s efforts.

This is a fraction of the research they’ve funded over the years - you can find out more about what the charity has achieved in 120 years of discovery here.

1. Over 120,000 patients a year are treated by drugs linked to Cancer Research UK

Since the arrival of chemotherapy in the early 1900s, to the development of advanced, targeted treatments and immunotherapy, Cancer Research UK has supported and contributed to more than 50 cancer drugs in use today. That includes some of the most widely used on the NHS, and several on the World Health Organisation’s List of Essential Medicines.

The charity has contributed to chemotherapy drugs like carboplatin, docetaxel and etoposide; hormone treatments like tamoxifen and abiraterone, and PARP inhibitor drugs like olaparib and rucaparib. Taken together, drugs linked to Cancer Research UK are used to treat more than 120,000 patients a year on the NHS.

Cancer Research UK scientists have played a key role in discovering the causes of cancer over the years. From understanding how processes inside our cells - like DNA mutations - lead to cancer, to studying how environmental triggers - like tobacco and obesity - can accelerate these changes.

In the 1990s, scientists led an international collaboration to help pinpoint the BRCA1 gene. When faulty, this gene raises the risk of breast and ovarian cancer, as well as other cancer types. A year later, scientists tracked down the BRCA2 gene, which is also responsible for some inherited cancers.

And after tobacco was first linked to cancer in the 1950s, the charity supported world-leading researchers to build more evidence of the strength of the link. This work formed the cornerstone of campaigning efforts to reduce tobacco’s impact.

In 1999, Cancer Research UK scientists Professor Julian Peto and his team found that virtually all cervical cancer samples (99.7%) contained the human papillomavirus (HPV) and showed that the infection was the trigger for cervical cancer. This work opened the door for new ways to prevent certain cancers from developing – by protecting people against the high-risk HPV strains that caused it.

This led to the UK’s first human trial of a HPV vaccine in the early 2000s, which led to the UK HPV vaccination programme, which began in 2008.The programme has been such a success that, in 2021, researchers demonstrated that it has dramatically reduced cervical cancer rates by almost 90% in women in their 20s who were offered it at ages 12 to 13. 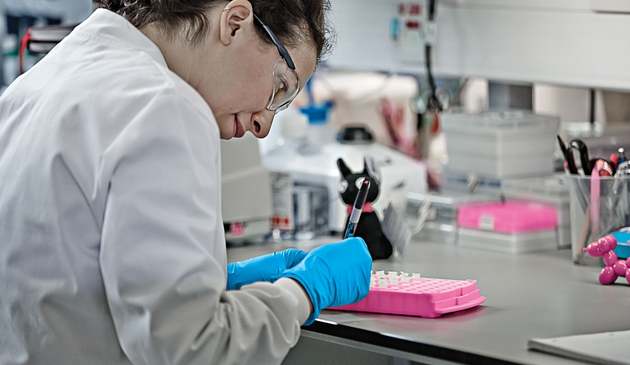 The number of children and young people surviving their cancer has risen dramatically in the last few decades, thanks to researchers like Cancer Research UK’s. In 1974, it was shown that there are different types of childhood leukaemia, which led to more targeted and effective treatments.

Then in 2010, a trial funded by Cancer Research UK demonstrated that a drug called mitoxantrone could dramatically improve survival in children whose acute lymphoblastic leukaemia has returned, revolutionising the way they are treated.

Cancer Research UK researchers helped to uncover the links between hormones and cancer - both in terms of increasing risk, and in developing treatments for the disease.

Through the Million Women Study, Professor Valerie Beral’s team showed that women using hormone replacement therapy (HRT) are more likely to develop breast cancer, ovarian and womb cancers than those who aren’t. While the increased risk is small, the findings have helped to support informed conversations about the risk and benefits of HRT.

How gifts in Wills can help save lives

If leaving a gift in Will to Cancer Research UK is something you’re considering, take a look at these real-life stories of people who have been supported by Cancer Research UK and have pledged a legacy gift to aid future research and development by the charity for generations to come. 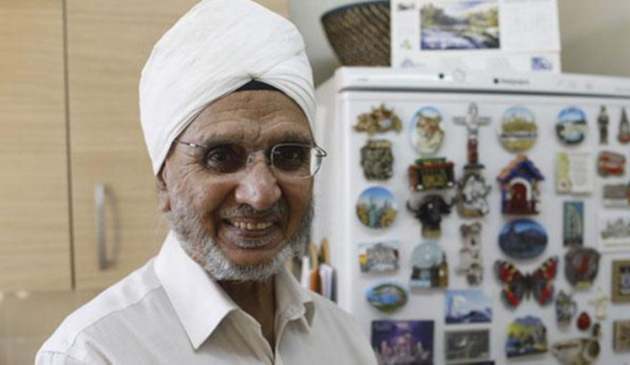 “My father had always been a very charitable man and, after he died, I followed in his footsteps supporting many causes. In 2004, my wife passed away from ovarian cancer – she was the ninth member of the family that we lost to cancer at that time. I found it so difficult without her, and, to help me, my son and daughter asked me why I was not doing more charity work like I had before."

Inspired by his children, Jutlla decided to pledge a residuary gift, meaning he has left everything in his Will, after his gifts have been distributed, to Cancer Research UK. “I realised I should do more. By pledging a gift in my Will, I feel I am playing a part in the research – it’s a very small part, but a very important part that will be felt for generations to come.” 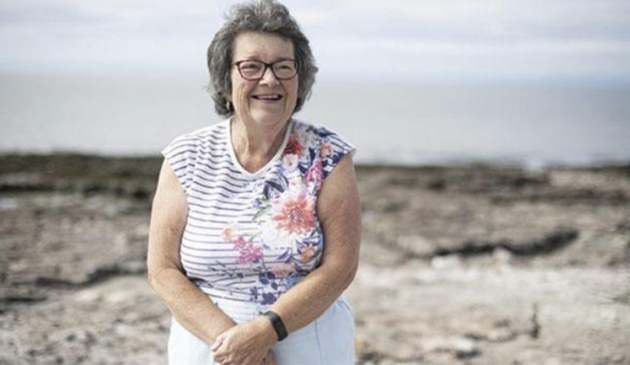 “My youngest brother, Clive, died of leukaemia in 1996 when he was only 37 and I joined the local Cancer Research UK committee soon after that. In 2003, I had a melanoma removed - luckily it was a very shallow one and needed no follow-up treatment after it was removed. I had a biopsy and then a wide excision afterwards.”

Liz is determined to carry on supporting Cancer Research UK, and has pledged a gift in her Will: “Over the years I have lost several friends to breast cancer but, on the plus side, I also have several friends who have had successful treatment and are still enjoying life 15+ years on, thanks to research funded by these gifts in Wills.”

How you can leave a gift in Will

To leave a gift in Will to Cancer Research UK to help fund future research and progress, you will either need to write a new Will or update an existing one that reflects the change in your wishes.

Charities like Cancer Research UK offer a free Will writing service, where you can make or amend a Will for free. Many people that use this service choose to leave a gift in their Will to the charity, but there is no obligation to do so. If you are leaving a gift to charity, it’s worth researching whether that organisation offers a free service which you can use.

Cancer Research UK wants to see a world where more cancers are prevented (with some forms effectively eliminated), and where people with cancer are diagnosed at the earliest possible stage so they can be successfully treated. A world where treatments are less toxic and more targeted, so that cancer's impact on people's lives is greatly reduced.

Their strategy renews their focus on making discoveries, driving progress, bringing hope -leading to a world where everybody can lead longer, better lives, free from the fear of cancer.

They want to accelerate progress and see three in four people surviving their cancer by 2034.

Do I approach my son and DIL about their lifestyle and parenting issues?