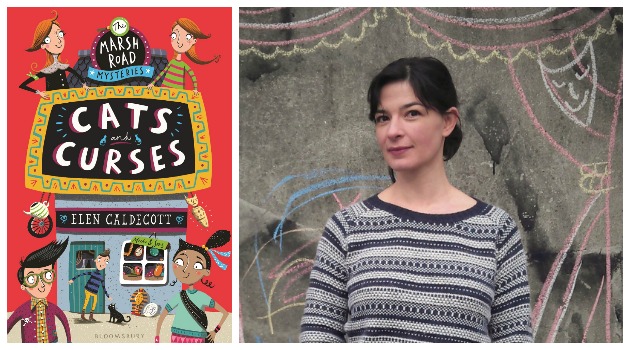 Our pick for August sees Piotr, Minnie, Andrew, Flora and Sylvie return for another thrilling adventure. Cats and Curses is the fourth book in The Marsh Road Mysteries series by the award-winning and much-loved children's author, Elen Caldecott.

It's a good day for Andrew. His mum is feeling better than she has done in ages and she's even going back to work at last. But things begin to go badly wrong when she signs for a mysterious package containing an ancient Egyptian mummified cat. Has the fated feline cursed the Marsh Road junk shop – or is there something else afoot? The five friends have a new case to solve.

Cats and Curses will appeal to fans of Robin Stevens, Katherine Woodfine, Jaqueline Wilson and Enid Blyton. Perfect for those who love their stories filled with adventure and intrigue.

Also available in The Marsh Road Mysteries series are Diamonds and Daggers, Crowns and Codebreakers and Spooks and Scooters. Look out for Dogs and Doctors, the final book in the series, which will be released in May 2017.

Cats and Curses is published by Bloomsbury and is available online and from all good booksellers. We also have 50 copies to give away! See below to enter our draw.

My grandkids and my ex husband's mistress