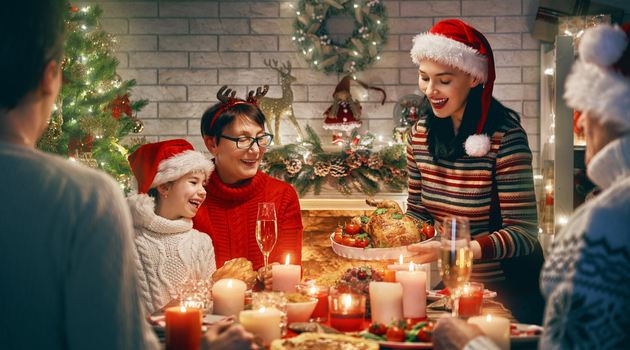 Ah, Christmas. Quite possibly the most magical time of year for those who celebrate it. For most of us, Christmas features fabulous festive traditions that are often passed down from generation to generation and usually involve decking those halls with a million and one boughs of holly. So, whether you find yourself dancing around the kitchen screaming singing, "Oh, I wish it could be Christmas everydaaaaay," at the top of your lungs every year or are partial to guzzling down half a bottle of red wine while cooking up a Yuletide storm (a glorious custom, if we do say so ourselves), here are some lovely - and some downright hilarious - Christmas traditions, as shared by our very own gransnetters.

Get the latest threads delivered straight to your inbox...

1. Advent calendars...with some charity giving on the side

"Where my daughter lives, the residents have Advent windows where, on each day throughout December, window after window is lit with a homemade scene or display until 24 are lit to celebrate the festive season - the final one always being a nativity scene. People tour the streets to see them and collection boxes are dotted around for donations to the nominated charity."

2. Putting up those (many, many) Christmas decorations 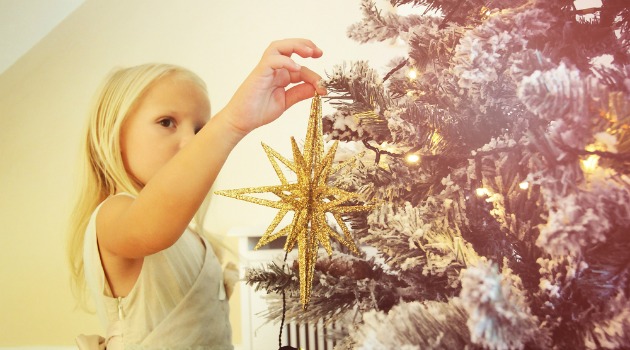 "My Christmas begins on my birthday which is exactly two weeks before Christmas day. I put the tree up and decorate the house with Christmas lights on my birthday - it has become a ritual ever since I married my husband. He's a bit "bah, humbug", but he puts up with it."

"Our Christmas tree must be a real one covered in decorations acquired over many years. The grandchildren like to hear about the stories connected with them."

"I usually like to get the decorations and tree up on the first weekend of December and from then on, whatever I am doing at home or when I am driving, the Christmas CD is on."

"Memo to self: do not buy anymore Christmas decorations. You do not need another gold reindeer."

"I even have a special ringtone for my mobile phone... It's from the Hely-Hutchinson Carol Symphony which was played on The Box of Delights. We'll also watch that yet again this year." 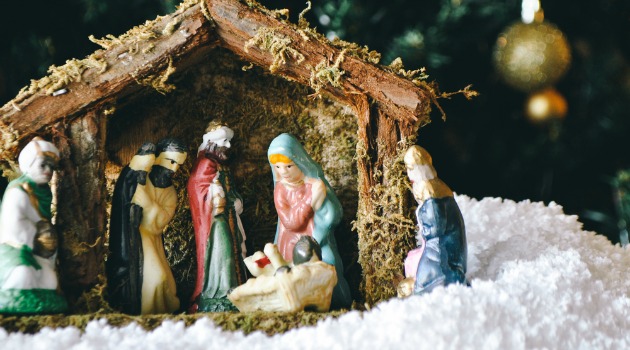 "We have many holiday traditions. The first is to produce a nativity 'experience' that takes place on the first Friday of December during the town's late night opening. We have a Bethlehem scene, a shepherd scene and a stable scene where a real life mum, dad and baby are revealed. Each of the characters gives a re-telling of their part in the Christmas story and it's a wonderful thing to be involved in. We attend a Christingle service together and also the local choral society Christmas concert; my mother-in-law is the musical director and my husband and father-in-law are in the choir. I do love to sit with my adult children and their partners - all feeling as proud as punch as the music washes over us."

5. Being entertained by the Salvation Army band

"I love to listen to the Salvation Army band playing carols in the streets near to Christmas time. It brings back memories of my grandad, who played in the band in Blaydon-on-Tyne when I was a young child. On Christmas morning, the band would come to play in the streets and everyone would go outside, gather round and sing all the carols."

6. Enjoying Christmas Eve just as much as Christmas Day 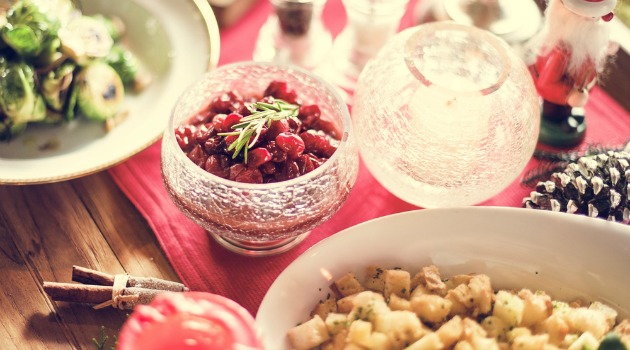 "We have a tradition of having a little buffet on Christmas Eve afternoon - just mummies, kids and grandparents. We play silly Christmas games and then we all open our stockings filled with pound shop junk and funny bits and bobs. It's almost as exciting as Christmas Day!"

"It was always a given that we would spend Christmas Eve with my sister at their house. We would walk across the park in the dark with a torch, carrying the presents. One year, my husband bought a horrible singing lobster and set it going at the door while we hid round the corner. I thought my sister would wet herself she was laughing so hard."

"On Christmas Eve, we have a light family meal together (salmon, new potatoes and salad) and we play charades and other games after tackling the 'preparation of the vegetables' for the next day's meal."

"The one ritual I CANNOT miss on Christmas Eve is watching Carols from King's, preferably with mulled wine and a mince pie (or three). It's just not Christmas to me without it. When we lived overseas for many years, I would listen to it on the World Service."

"I make the sausage rolls and mince pies listening to Carols from King's on Radio 4 on Christmas Eve and sing along doing all the descants where no one can here me, as I'm sure it's painful to the ear." "We are given a person to buy a £1 present for - picked out of a hat prior to Christmas by me. We do our £1 presents on Boxing Day. And as they are usually something silly, great hilarity ensues."

"We gather round as a family for the opening of presents and every year I tell the grown-ups that this will be the last time I do Christmas stockings for them (it never is)."

9. Relishing some much needed family time

"For our family, it's simple; come hell or high water all the family try to get together, hopefully overnight, on Christmas Day or Boxing Day to exchange small gifts, eat, drink and generally enjoy time together. Aged from three to 90 and spanning four generations, we gather round a family tree, the tiny ones collecting and distributing gifts from under the tree and the older children reading tags and redirecting excited tiny hands to recipients. Finally, we open our presents." 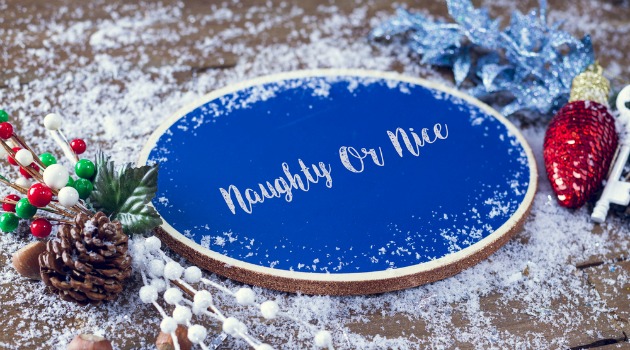 "Our unique tradition is that Santa Claus personally decides who's been naughtiest this year and instead of leaving them something nice, leaves them a bag of 'stones'. A small bag of polished stones is left under the tree wrapped, sometimes in a small package, sometimes in a large box, together with a note from Father Christmas explaining why the recipient has received these. Admittedly, it's usually a male adult (often my husband!) who has done something silly or naughty (e.g. he's not washed the car often enough, not stacked dishwasher, or simply eaten and drunk too much). The kids love the anticipation of who is going to get the stones (and the relief of knowing that it wasn't them!) I don't actually know when it started (50+ years ago, to my knowledge) and I don't know any other family who does this, but it's here to stay in my family - the little ones love it!"

11. Having more kitchen fun than is humanly possible

"My sister, daughter and I do River Dance in the kitchen on Christmas Day and sing songs from the shows really loudly - we make up the words we don't know and the men disown us." 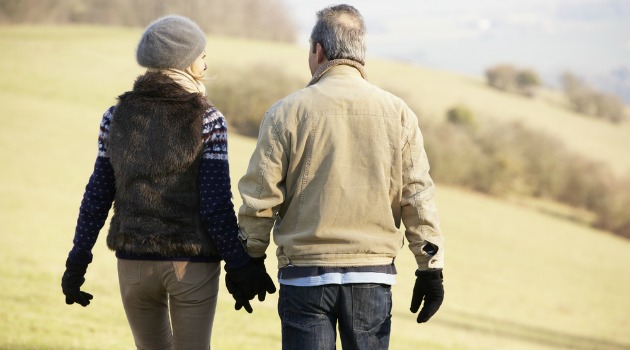 "Another tradition, unless it's actually raining, is a good walk around lunchtime...not that we have lunch on Christmas Day - just a late breakfast and early dinner, with drinkies and nibbles in between."

13. Staying in PJs the entire day...or dressing to the nines

"The number one rule is that it's the one day we are not allowed to go anywhere and everyone must stay their pyjamas. We also bring out a birthday card for baby Jesus that is ancient."

"It has to be posh frock on the day our family come to us - which could be Boxing day or even the day after... I just love having all the children and grandchildren round the table pulling crackers, eating far too much and getting overexcited (and that's just me!)."

14. Consuming all the food and all the drink "I am a big fan of Yuletide. Christmas morning starts for me with a glass of Buck's Fizz and I manage to quaff the rest of the bottle throughout the preparation of the turkey and trimmings."

"We always make Christmas pudding vodka, but I like the sound of a Werther's Original variety."

"I love a few sherries while cooking the dinner and a considerable number of Baileys during the season."

"We always have Buck's Fizz on Christmas morning, and in fact right through the day until dinner around 5pm. One year, I drank rather too much and completely forgot to put the potatoes on! Dinner was somewhat late that year, but I think everyone enjoyed it all the more."

"Dinner is ready when it's ready, but, by law, breakfast has to be chocolate!"

"The festivities start for me when my granddaughters and I make the Christmas cake and they all make their Christmas wish. Then it's on to pickling the onions. I make lots of food for my sister, daughter, son, and friends."

15. Just about everything else

"I love the whole Christmas season and try to pack as much in as possible - markets, mulled wine, carol services, stately homes with their decorations, Midnight Mass, the pantos, The Nutcracker if I'm feeling flush, Carols from King's, reading Christmas books, watching Christmas films, drinking sherry while I make the dinner - the only time of the year I touch the stuff (ditto Baileys and hot toddies) - and all the traditional food and customs (and the new ones, like the Advent calendar I download for my computer and look forward to every day). And I can't wait until my three grandchildren are old enough to be in nativity plays and Christmas concerts."

"The tradition was that my husband took our sons into town for the shopping and I'd put the sweets and nuts out while they were gone. Also miss my dad carving the turkey and mum fussing round in the kitchen - they always came to us for Christmas dinner and 'helped'. Boxing day was always a party at either my house or my sister-in-law's with the whole family. Sadly all gone now, so it's a much quieter affair, but I still love the build up to it and getting the house decorated - the more lights the better."

"There's the Christmas market, the lights in town, the school carol service in the church, a special treat restaurant meal...and anything else that we can fit in! Do I like Christmas? Oh yes!" 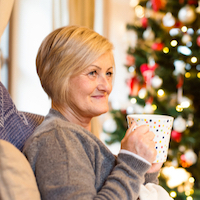 Six things to do if you're alone for Christmas 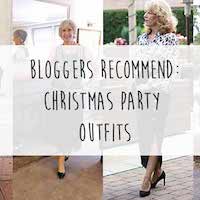 Congratulations... you just won a lifetimes supply of the last thing you bought. What have you got ....?

How Can A Government That Spends Billions On Mass Testing Quibble Over Helping The Low Paid?

First grand baby lived with me from birth to 10 months, then moved away