Is humanity the 'mould' that will end the world

Due to medical reasons I have more time on my hands and my restless mind wanders.
The Irish debate on abortion has reignited a thought that I have had for a while.
I have an analogy that the earth is like an apple that overtime has been colonised by mould (humans) of many colours each vying for the best part of the Apple to exploit its resources until it dies.
I checked the world population for 1967 and for 2017 a 50 year difference.

I wonder if humanity will allow itself to reproduce itself until the numbers become unsustainable and earths resources are used up or if this growth will be slowed or reversed and but how?

Personally I don't think anyone has the right to have more than two children....

Only the Chinese have tried to restrict their population, and they didn't do it very well...

Hardly anyone sees the elephant filling the house...

I am not optimistic either

The world's population will grow to 9 billion over the next 50 years -- and only by raising the living standards of the poorest can we check population growth. 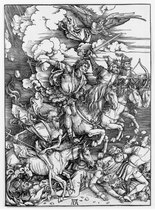 In the past, the usual checks to rapid population growth were the four horsemen of the apocalypse - Conquest and War followed by Famine, and Death. We thought that the World Wars had taught everyone not to kill one another off, and that global transport systems would mean that surpluses in one area could be transferred to less fortunate places but it does often seem that the four horsemen are still active.

varian one of my solutions is to educate the women to save the world, however with most of the world controlled by patriarchy or religions that promote reproduction to strengthen their followers this may be too long term a solution.

I'm not sure we'll need to worry about over population...with some of the world"leaders" we have and the vast amounts of money they make from arms sales we'll all be blown to kingdom come long before these massive rises in population. Sooner than later unless people sit up and take notice of the warmongers they vote into power

which echoes what Elegran has said

Population growth is slowing rapidly. Even in countries like Bangladesh, always thought of as having large families, the average family size is close to replacement rate only.

Once people can be confident that children will survive into adulthood family size falls, regardless of any religious pressures.

I think someof these population forecasts are way out of line. Just because someone forecasts something doesn't mean it will happen and the world is littered with forecasts of all kinds that were wrong.

Not to worry, we are overdue a pandemic. These used to occur quite regularly, eg the plagues. But we’ve not had a major one since the Spanish Flu (which I believe started in Kansas).

"I wonder if humanity will allow itself"

as if seven and a half billion people were acting (or even could act) as one thing!

Birth rates are falling worldwide hand in hand with reductions in poverty. Lots of interesting info on ourworldindata.org

How about the Asian flu of 1957? I remember my school like many others closed for several weeks because of the flu and the mother of another girl in my class died of it. Shops shut, and factories and offices.

In 1957 people generally were in better health than in 1919 and medical knowledge and resources were much improved and we had antibiotics, which weren't available before WW2 so survival rates were higher.

Otherwise it would have been comparable to the pandemic after WW1 when soldiers (like my grandfather) returning from the war, run down and exhausted and packed in crowded troopships survived the war to die of the flu before they got home. The general population were also less healthy and more susceptible to all infectious diseases..

The Daily Express today (seen in online BBC news) has a front page picture of a (admittedly the biggest) family in Britain with their latest child. The 21st....

Several papers have it. I am biting my lips very hard, not to make invidious comments on the subject.

But. Exactly.
This seems to have been a conversation stopper.

So far posters have said
a) we'll have another pandemic and that will solve the population problem...
It might, but it's not the best way!

b) families are getting smaller anyway. True in general, but my daughter's friend has had 8 children. She had 5.
"The UK is now home to more families containing four or more children than at any time since the early 1970s." (Telegraph)

And - twice as many people in the UK as when I was born.
My view - we are not doing nearly enough.

There were 10,000 more deaths in Jan and Feb this year in the UK. Over use of antibiotics will see more people die because they will be useless. Earthquakes, floods, global warming, I think our earth is dying already.

I remember an old colleague of mine when I was 18 saying the reason we had wars, epidemics and such like was to keep the population down. I thought then he was ridiculous/off his head but now? Maybe he had a point? I worry so much for my grandchildren- not so much my children but fear for the younger ones and their offsprings.

We think of forests being cut down, of bees disappearing - and all the knock on effects. What I have noticed a lot recently is that there are far fewer flying insects about. If we left our bathroom window open with the light on, the ceiling would soon be covered with little flies, moths and other insects. Not now.

I suppose if you go back several centuries when the world population was tiny nobody would have imagined it would be the size it is now. But who can say what is the maximum number of people who can survive on earth or the optimum number for them to not just survive but enjoy their lives?

I'm not sure that there is a lack of resources but I feel our resources are being used for unnecessary - and often very damaging - things. Why don't we concentrate on providing people with food, water, a home and proper sanitation rather than waste money on mining precious gems, sending people into space, creating yet another version of mobile phone, TV, car, etc. etc? I suppose people will say "Well, if you feel that strongly, why don't you do it"? which is fair enough comment. But, practically speaking, one person changing his or her habits is not enough. We need more people to think about what is really essential for a good life and maybe things will change.

I think, in the final analysis, we may either have to accept a complete re-think about what is essential , or end up fighting for scarce resources.

People who talk so blithely about world wars and pandemics perhaps lack the imagination to see their own grandchildren trying to survive such horrific scenario.

What I have noticed a lot recently is that there are far fewer flying insects about. Yes, I have noticed this too. I am phobic about large moths and crane flies, simply cannot be in a room with them, they terrify me. Every summer for years my DH would be regularly employed catching these creatures and ejecting them through the door (with all lights out to stop them returning!). Now, I actually cannot remember the last time we had a moth in the house. I know it's several years. We did, though, have a crane fly in the living room the other day, first time I've seen one for many a year.
And despite my phobia, I am truly very saddened by this

Was watching the news tonight about volcano Fuego erupting in Guatemala and thought then about the earth rumbling, something deep inside forcing its way out and killing those who live on the surface. Like all natural disasters, earthquakes, floods, tsunamis etc, they shock us when they happen and inevitably their are many deaths.

The planet can do this to us, but look at the wilful damage we do to it.

I don't tend to think much further than the rain forests being decimated and the ice caps melting, but now we are noticing fewer bees.

I am not sure civilisation is developing when we plunder so many natural resources so we can have a better life. Population growth and a greater need for all things that sustain life as well as greed, materialism and modern ways of living could mean that we are biting the hand that feeds us.

The earth could give up on us eventually and we won't know about it, but our descendants will bear the brunt of the ever more frequent warning signs.

We really do need a global plan to slow down destruction, and I include in that population growth.

Thomas Markle rushed to hospital after a suspected stroke.

Exemestane for Breast Cancer after care

Enough with the jubilee already.