I just happened to be browsing the sweet aisle today ( as you do) and picked up what I would call a family sized bag of Revels .

The contents filled approximately one quarter of the entire bag .

Now I know that lots of unhealthy products are being quietly reduced in size whilst leaving the price the same but surely they cannot believe that we don't notice this? So why is the packaging size not reduced to fit the content?

Just thinking of it in an environmentally aware way , surely it would be better to reduce the amount of packaging?

And whilst I'm on a roll... biscuit makers are quietly reducing the number of biscuits in the pack too !!!

I have noticed that I finish a pack of something only to find it was a family bag or something that serves two.

Yes, it does seem silly to make the contents smaller but not the pack! Where is the logic in that?

Recently I decided to buy some chocolate as a wkend treat. There was of course lots on special offer to choose from and as I'm not a fussy chocolate fan I found myself comparing what weight I could get from the £1 selections available. I fancied Cadbury fruit and nut but ended up with Boost bars! Higher in weight and as a treat, good value I thought. 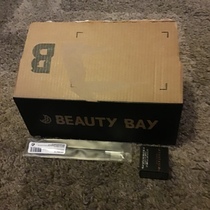 I ordered a new mop for work. It came packed in a box the size of a single wardrobe!

DH ordered a new drill (quite a long one) from Screwfix. It came in an almost coffin-sized box.

Products that are ordered for home delivery are nearly always placed in packaging that is well above the size of the product.

The first reason for that would be that small packages are easily lost or get mislaid while in transit. The second reason is that should such online orders have to be returned they can easily be repacked into the same original packaging.

Did you have a school policeman?

I think we can all agree on something.