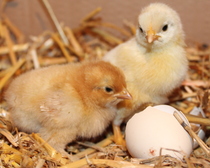 Dorset National Trust properties are among those very popular at Easter for their eggs hunts but have been at the centre of a national row after sponsors Cadbury dropped the word 'Easter' from their publicity. Cadbury has been reported as stating the word was left out so as to be more inclusive to all faiths much to the annoyance of the C of E . They seem to see this a last straw situation on the hijacking of a Christian festival but is it?
Many pagan festivals were adopted by the church so was this another? The egg and the bunny are ancient symbols of spring and new life and many other cultures have had decorated real eggs for centuries.Chocolate eggs are a relatively new addition so should Easter just be seen as Christian? Is it all just about selling chocolate eggs which lets face are available way before and after Easter weekend?

Make your own mind up for goodness sake.