Say that again... 5 reasons to get a hearing test 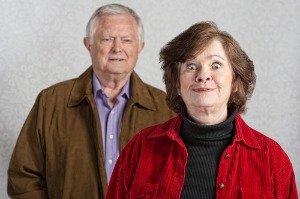 It's all very well having to repeat yourself the odd few times, but when people start to think your other half's full vocabulary is comprised of the word "eh?", you know there's a problem.

Hearing loss can be a tricky subject to broach at the best of times, but if any of the below sound familiar, you know it's probably time to insist on gently encourage a hearing test. Here are our top reasons to get checked out, as demonstrated by gransnetters' (or their other halves).

Disagreements about whether to watch Game of Thrones or Peaky Blinders pale in comparison to the torture of having to listen to the thunderous roar of the television at full blast, as these gransnetters can attest...

"My husband has had hearing problems for a few years now. Every time we say anything to him, we get "Eh?" or "What?" and it drives us nuts, particularly late at night when the TV is too loud, but he says it's just right! A couple of years ago, he sent off for a couple of hearing aids from a newspaper ad and they worked brilliantly, but he didn't wear them for long - said he didn't want to wear the batteries out, so he wears us out instead!" numberplease

"Watching the TV is a nightmare. I have now got to the point of repeating something twice then refusing to do it again, in which time you have missed the whole plot... Might as well give up." glassortwo

You can only accuse so many people of mumbling before they catch on to the common denominator...you.

"My husband happily accepted the need for glasses and a dental plate, but when I suggested that perhaps he needed a hearing assessment he seemed to take it as a personal insult and was quite huffy about it. Apparently, I mutter!" york46

"Get a tape recorder, turn it on while his back is turned and say in a reasonable voice, "would you like one of these chocolates?" or something similar. If or when he does not hear, repeat it a little louder and so on until you are shouting and he turns around to say, "yes please" and takes one. Then play it back to him, pointing out each repeat.

"Chances are, he will accuse you of mumbling six times before you spoke clearly enough though..." Elegran

Life could be better

There's a reason music snobs enthusiasts everywhere choose the best headphones to listen with. Sound quality matters, and the quality of your hearing determines the way you experience the world.

"Finally got DH to take the hearing tests, the hearing aid - hurrah! And he said he had not realised how he had stopped hearing birdsong!" gracesmum 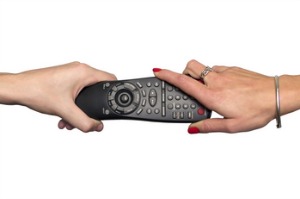 "My OH knew he had a problem with his hearing but refused to do anything about it - he said he had already tried hearing aids! I got so cross with the TV being very loud and him mishearing everything I said. Finally I told him that it wasn't fair on everyone else (including me) to have to repeat everything. Eventually he went to the docs and was referred to the hospital and after a while his hearing aid was ready. They suggested he had two because of his difficulties.

"Finally he is able to hear much better, the TV is at normal volume and he can hear what I say. He doesn't wear them all the time, as he finds the outside noise in town quite uncomfortable. Still, that's ok by me as life has now returned to 'normal'. My sympathies to anyone whose OH refuses to take some positive steps. Life has improved for both of us so much and no more arguments about what has and hasn't been said." ayse

Because technology is amazing

Technology is a truly wonderful thing. From extra help hearing at the cinema, to filtering extraneous background noise, hearing aids nowadays can do some wonderful things to make life easier.

"My OH is very deaf in both ears. His hearing aids are a mini miracle. He can turn them up, down or off and join into the loop systems where they are available. He has a gadget that picks up the sound from the television and pipes it straight into his ear so I can have the television sound to suit me. He also has a gadget which he can put on the table when having a meal out with friends, which just picks up the sound nearby and not the hubbub. These things are invented to make all our lives easier - we are foolish and ungrateful to the inventors if we do not take advantage of them, IMHO." Hunt

...and because it really IS important

Of course, some cases may have more to do with selective hearing - or another agenda, as Phoenix suspects:

"Mr P has the habit (thankfully not too often) of saying something to me as he is walking out of the room, so I end up sort of shouting "pardon?" I think he's just showing off that he can walk and talk at the same time."

But on a more serious note, a hearing test is a simple procedure, but it's also very important one.

"My BIL was losing hearing in one ear and when he had a check-up was sent for a scan which showed that he had an acoustic neuroma - a benign tumour which, if it had been allowed to grow, would have invaded the brain stem with fatal consequences. Neuro surgery saved him. So, there's no harm in having a hearing check and it could be a life-saver." annodomini.

Worries about the future