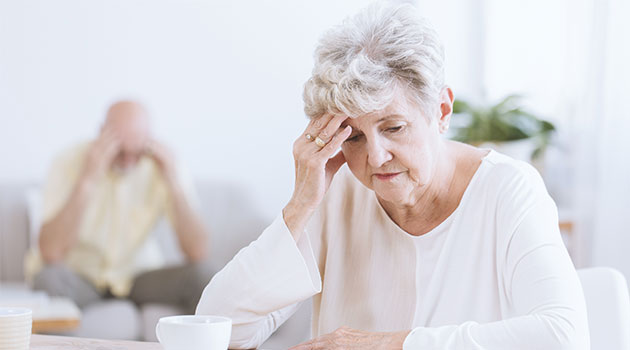 Dementia is a common condition that usually occurs in people over the age of 65 and affects around 850,000 people in the UK. Due to the varying types of dementia and the many changes we go through as we age, it can often be difficult to notice the early signs, especially if you don't actually know what they are. So to help shed some light on this condition, here is some vital information on the signs and symptoms of dementia and what to do if you're experiencing them.

Get more essential health advice delivered straight to your inbox...

General symptoms and signs of dementia

"I was under the impression that this was reasonably normal later in life, but I'm beginning to worry."

Everyone can struggle with their memory from time to time but if you're worried that memory loss is affecting your daily life, it may be worth approaching your GP. While dementia cannot be cured, its progression can be slowed down if detected early so it's important to speak to your doctor if you think you might be experiencing the early symptoms of dementia.

Your GP will also be able to go through the steps of early dementia diagnosis with you, an important first stage in getting treatment and care. Early signs of dementia and general symptoms can include:

Alzheimer's is the most common type of dementia, affecting 62% of those diagnosed. Because it is progressive, the symptoms tend to change over time and become more severe, which is why the early stages of dementia are often mild and may go unnoticed.

It is also worth remembering that people experience this condition in different ways and that the symptoms vary from person to person. Atypical Alzheimer's disease works differently again, but is uncommon in those diagnosed when they are over 65.

For the majority of dementia sufferers, a common symptom is memory problems. Long-term memories are usually unaffected by the condition in its earlier stages.

Memory loss due to Alzheimer's may interfere with a person's daily life in the following ways:

Alzheimer's may also produce a change in mood or personality. A person can become anxious, irritable, depressed, withdrawn and even lose interest in activities and hobbies.

Mood changes, as well as memory loss, are usually the earliest Alzheimer's disease symptoms, but someone with the condition may eventually have difficulty with other aspects of thinking, perception or communication. They might struggle with:

Symptoms of dementia with Lewy bodies

Dementia with Lewy bodies (DLB) accounts for around 10-15% of all dementia cases and is often mistaken for Alzheimer's disease as the symptoms are similar.

Lewy bodies are also the cause of Parkinson's disease and one-third of those diagnosed with Parkinson's go on to develop dementia. The symptoms of dementia with Lewy bodies may also include:

Discussion: Caring for people with dementia

Around 10% of those with dementia have more than one type at the same time, the most common of which is Alzheimer's disease with vascular dementia. The symptoms are therefore a mixture of both.

Depending on the person and on which area of the brain has been damaged, the symptoms of vascular dementia can develop suddenly (for example after a stroke) or gradually over a period of time.

They will typically get worse in sudden steps, with stable periods lasting months or years in between. Some people with vascular dementia may also have similar symptoms to Alzheimer's. Early warning signs may include:

This type of dementia affects the frontal and temporal lobes of the brain (the front and sides). It often starts at a younger age and diagnosis usually occurs in people aged 50-65.

The symptoms typically include changes in personality and behaviour, which may make the person with dementia less sensitive to other people's feelings. The person may also:

Symptoms in the later stages of dementia

Later dementia symptoms will depend on the person and on the type of dementia they have, but severe memory loss, communication problems, mobility difficulties and incontinence are the most common, which means that the person may require constant care and attention. Here is a breakdown of the main symptoms:

You can also see our tips on things you can do to reduce the risk of developing dementia. But for more in-depth information on dementia stages, the different types, treatment and early diagnosis and care visit the NHS, Alzheimer's Society, Dementia UK and Age UK websites.

Disclaimer: The information on our health pages is only intended as an informal guide and should not be treated as a substitute for medical advice. Gransnet would urge you to consult your GP before you begin any form of treatment if you have existing health conditions and/or are taking medication. 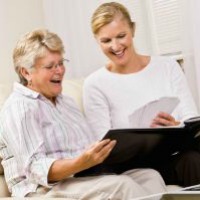 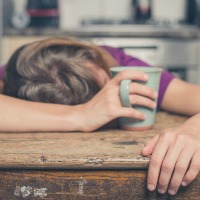 Does anyone remember this book?

Landscape Artist of the Year