BBC TV licences for over 75s 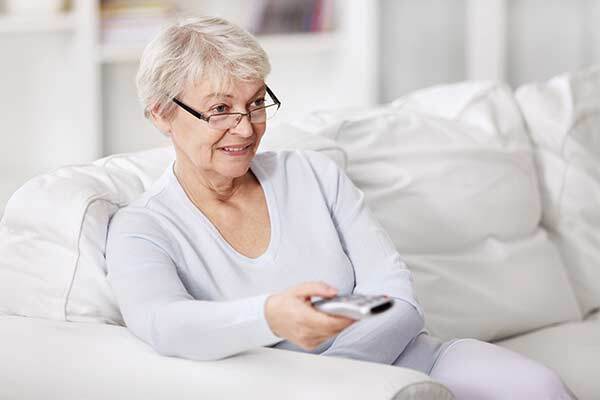 It's been announced that the BBC will go ahead with its planned changes to the free TV licences for over 75s. These licences, funded by the government, for all over 75s will come to an end on 1st August 2020, two months later than initially planned due to the coronavirus pandemic.

For more current affairs updates relevant to you, sign up to our newsletter...

What has been the response to this announcement?

We say: 'Young people are facing the most daunting economic landscape in decades, and in that context Gransnet users don't think well-off pensioners should be getting freebies. However, not all pensioners are well off. In the next few weeks the BBC and the government must embark on a significant effort to raise awareness of the pension credit - currently unclaimed by 40% of those eligible - and ensure that every single person over 75 understands that if they can claim pension credit, they can still get a free licence.' Lara Crisp, Gransnet Editor

Why are over 75s now being asked to pay to watch TV?

It comes down to cost. With an ageing population, it's been estimated by the BBC that it was looking at future costs of over £1bn a year to continue to provide free licences to this demographic. Already the corporation has estimated it is losing £35m a year.

Will some over 75s still be able to get a free TV licence?

Yes. Under the new scheme, anyone aged 75 or over receiving Pension Credit, will be eligible to apply for a free TV Licence, paid for by the BBC.

How do I find out if I am eligible for a free TV licence?

If you are in a low-income household, you may be eligible for pension credit. You can find out more from the government website here.

When did free TV licences for over 75s begin?

Over 75s have benefited from free TV licences since November 2000.

How much is a TV licence for over 75s?

Why is this of such concern?

For many over 75s, especially those who live alone, watching TV is a connection the outside world, providing them with news, entertainment and information, and and does much to alleviate loneliness. Without it, many are worried that older people who may no longer be able to afford to pay the fee, may spiral into depression or begin to suffer from severe isolation leading to other mental healh issues.

What do gransnetters think about the changes to the TV licences for over 75s?

Gransnet users were invited to share their views on the various proposals outlined during the consultation period in February 2019. While there was a range of views overall, the vast majority (over 80% of respondents) felt that option 3 (reforming the concession, so that a concession for older age groups would still apply, but in a different way from at present) was their preferred choice, although there was some disparity in how this should be achieved (i.e. via the options suggested in a) b) and c))

The participants who did NOT choose option 3 cited various suggestions to cover the cost, among them:
Reasoning from those who did not choose option 3 included:
One respondent raised the fact that they are now retired and living on a small pension. If the concession is removed in June 2020 they will not have budgeted for it, nor will they be in a position to earn to cover it.
Others raised the point that viewers of all ages, not just over 75, may not be able to afford a licence and that any concession should be offered on means and not necessarily on age.

The participants who did choose option three were split in terms of how the concession should be applied, but generally means-testing in some form was the preferred choice (around 75% of those who selected option 3).
“I can see that it is wrong for people to receive the licence for free when they are in a position to pay for it, but I would hate to think of someone living alone who couldn’t turn the TV on because they couldn’t pay the fee.”
Several Gransnet users stated that they felt happy to carry on paying when they reach 75 because they can afford to. As one said, however, “Many can’t, therefore my first choice is to allow a free licence to those over 75 who are on pension credit.”
In terms of how the means-testing should work, some suggested using the existing pension credit system would be the best solution, others that taxation was the best way to separate those who could/couldn’t afford to pay.
“My preference is for the value of the television and winter fuel ‘benefits’ to be added to pensions. Anyone who pays tax would be taxed accordingly. Those who don’t would receive the full amount. Paying for a licence could be the last straw for many with very tight budgets [but who are] ineligible for means-tested benefits. The television [and radio] is a tool against loneliness for many older people, their window on the world.”

A (smaller) number of other Gransnet users said that they preferred option 3a. (i.e. keeping a concession, but changing the way it is applied) - some because they felt that option 3c would be too expensive to administer. Their suggestions included:

Do women worry over adult children more than men do?

Day to day experience; racisim as a a part of life for some!

What has happened in Beirut? 50 dead, thousands injured