How to pay for elderly care 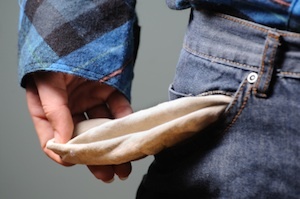 Many people are confused about the fact that elderly care has to be paid for and is not part of the NHS, even where someone has dementia, which is, after all, an illness. But care is not covered by the NHS except (more confusion) in a minority of extreme cases where effectively hospital care is being given, but outside a hospital. This is known as continuing care.

Elderly care costs are high - on average more than £2000 a month without nursing care. And the really difficult thing is that you don't know how long it's going to go on. In some cases a stay in a care home is only a matter of months. In others, it's years (one in eight self-funding care home residents stays eight years or more). So how do you work out your liabilities - and how on earth you're going to pay?

How long do people typically spend in care homes?

Can I plan ahead?

Yes and no. Half of all women and one in three men over 65 can expect to require long term care in old age. You don't know if you'll be one of them.

Even if you did bet on needing care, you can't know if you'll need intensive nursing care over years or a relatively brief few weeks or months at the very end of life.

There used to be ways of taking out insurance against being one of the unlucky one in four self-funders who spent their lifetime's savings paying for care, but no one bought the products, so they no longer exist.

At the point of needing care, you can look at your assets and work out what you're statistically liable to end up spending. We have a calculator to help you do that.

The one thing everyone can and probably should do is take out a Lasting Power of Attorney after they reach 65. It's not cheap, unfortunately, but it can save an awful lot of grief and trouble later. This allows a family member to organise care on behalf of the care recipient (mum, dad, mother- or father-in-law etc). There are two types: one allows you to make arrangements for the subject's welfare and the other to manage their financial affairs.

Could I end up spending everything I have on care?

It's certainly possible: as a guide, the Local Government Information Unit has worked out that one in four people who pay for their own care runs out of money.

And I really can't insure?

Not in your thirties, forties or fifties, since the companies that offered insurance policies have stopped doing so.

There are insurance policies you can buy at the point you need care. These are pricey but they give you peace of mind. You know exactly the upper limit of your spending (which is upfront) and can plan your finances; and they allow you to focus on the person in care and their needs, rather than how much it's all costing.

If you are concerned about the costs of care, you should get advice from a specialist care fees advisor.

So how much does it actually cost a week?

For more information on planning ahead and what you need to take into account, see the website of the not-for-profit organisation PayingForCare.

Do you lock your doors in daytime ?

Jack Reacher - the books - the brother !