Thought it might be fun to go through the April fools jokes in the media today. Has anyone else seen any to share ?
Sorry I can't do the link but the "I" paper has a good one.
"Cornwall makes language test compulsory for tourists. Visitors seeking to swap foreign beaches for the delights of Cornwall this summer are to be asked to take a compulsory Cornish language test as a means of limiting the vast numbers expected to head to the county " !!! Complete with testing booths on the A30 and a special app to test your proficiency.
Any others spotted ?

Porche are moving into making buses. 😂

I remember when radio Caroline DJ Mike Ahern joined radio 4BC Brisbane in the mid 1970s. He did a morning show on 1st April where he announced a new gizmo where smells could be sent via radio waves. He fried onions and brewed coffee and asked listeners to phone in saying which smell came through the strongest.
You’d be amazed how many could smell the onions!

I always thought that Virgin Atlantic's glass floored planes (2013) was one of the best.

I am assuming that the article in today’s Telegraph about Barnard Castle considering erecting a statue to Dominic Cummings who helped put them on the tourist map is an April Fools joke.

Yes it is, but Winchester University have erected a statue of Greta Thunberg at a cost of £24, 000, and that is not a joke.
Called a vanity project by the students.

Who else remembers the ‘spaghetti trees’ shown on TV? Must have been in the 60s.

My all time favourite Witzend.

It’s getting harder to spot spoofs amongst genuine news reports these days.

I remember the spaghetti harvest, though I was only seventeen at the time (so it was 50s, not 60s). Best ever April Fool. Richard Dimbleby was someone we took seriously. I was nearly taken in, but not quite. 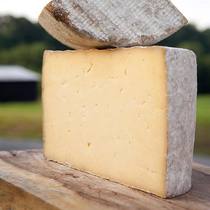 Our local farm shop FB pae this morning - We’ve only gone & done it!
Home made organic artisan cheese made from chicken milk.
This ‘first batch’ is from the second trial & has been aged for 20 months. It’s quite tart with an earthy flavour and salty aftertaste.
We think we’re the first producer of chicken cheese in the UK so get ahead of the game!

Evidently according to the Daily Mail the Queen has recorded a face to face zoom interview with Oprah Winfrey as she vowed to tell "one's truth". She apparently claimed tongue-in-cheek that when she and Philip got married the then Archbishop of Canterbury had 'done a Meghan' and performed the sacred exchange of wedding vows three days earlier in secret. Made me smile.

How much an hour do chicken milkers get?
I hope it is not by the amount produced!
😀

I always remember when Noel Edmonds did the Sunday morning show on Radio 1.
He claimed that he was just off to Heathrow and then later that he was on a plane flying up to Aberdeen!
Of course back then, it would have been impossible to have heard him, but every now and then, he said that he was passing over certain places and asking people to wave as he went over - apparently many people did, including several of my friends and a cousin of mine even went to Aberdeen airport to meet him !! 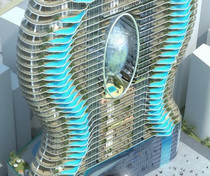 The spaghetti trees will go down in history because we were all so innocent then and not used to 'fake news'. So a lot of people might have believed it! The glass floored airplanes is probably my all time-favourite.

Now the question here is.....are these real or fake??

I agree with Grandma70s. Really well done and so many fell for it too.

I do hope that this one is an April Fool. www.midlothianview.com/news/trump-in-secret-talks-with-the-duke-of-buccleuch/

The historic charm of Jarnac Court

Well, I never expected to see a pic of Jarnac Court on Gransnet!

Who remembers this - with David Bellamy

Blondiescot Particularly in the same breath as Donald Trump!

New Suez Canal in the Guardian.

Not being looked in the eye when talking with someone