Here is the personal view of Janice Turner, writing in the Times of a fundamental difference between Tory attitudes and Labour's towards getting more women in top slots.

I'll have a further think about this, but my first reaction was that I don't think Cameron did show much respect for Sam's talents. I don't think I ever heard her speak in the six years he was Prime Minister, although she is a talented woman in her own right and has done a 'proper job'. My impression is that she's been a dutiful wife and has stood bey her husband (often literally). She certainly hasn't made the impression that Michelle Obama has.

Secondly, it might be true that the current Labour leaders are quite misogynistic, but there have in the past been some quite strong and powerful Labour women. Harriet Harman and Margaret Beckett have both stood in as temporary leaders. Margaret Hodge has ruffled a lot of feathers on the Public Accounts Committee. Yvette Cooper is still an MP (and was tipped by some to be leader) even after her hubby lost his seat. Betty Boothroyd was a fearsome Speaker of the House of Commons and I'm sure I could think of more.

I think all of them could have become Leader of the Labour Party (and possibly PM) if circumstances had been right. Theresa May didn't, after all, have much competitition.

Daphne I always got the impression that Sam Cam was inclined to be her own woman and a likely explanation for her not speaking much as the wife of the Prime Minister, could quite simply be that she didn't want to.

Fair enough! I don't know much about her, have never heard her speak and haven't heard Cameron talk about her much, although to be honest I don't go out of my way to read personal stuff about them. I've only ever seen pictures of Sam with her husband, looking dutiful. I know that she's a wealthy, well-connected woman in her own right and used to have quite a high-powered job.

I think you'll find that she still does!

Other than Cherie Blair I think all PM spouses have kept schtum.
After all it was their husband / wife who was voted in as leader
They are not first Lady/Man as in USA

Grrr.... Can't read the article because of the paywall. Can you expand on Janice Turner's views please Bags? What did she actually say?

To my mind, Sam Cam is a woman in her own right, with her own life and career, who happens to be the wife of a PM (ok, exPM). I'm not sure why people would want her to present as anything else, tbh. She has nothing to gain, and neither do we. I'm glad she's kept schtum.

I must admit, fan as I am of Gordon Brown, that I thought his wife's posturing as his number one fan was gratuitous and cringe worthy.

I didn't even know Corbyn had a wife and don't much care!

Does anybody have any views about the second part of the tweet, ie whether Labour could ever have female as leader? 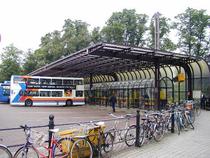 This is the message

So far, I'm underwhelmed by Eagle. She's playing the "working class woman and a lesbian to boot" card and I doubt that's going to go down well. Smacks too much of chip on shoulder.

I'm disappointed in Labour women tbh. The Party has had formidable high profile women in the past in Barbara Castle, Betty Boothroyd who have not played The Card.

Theresa May hasn't played The Card, and to be fair, neither did Thatcher.

During the Referendum TV programme where Eagle was one of three against Johnson, Leadsum and the Geezer Stuart (joke intended) it got to a point that Eagle was so animated she looked and sounded like someone half-drunk out on a hen night, slanging back any below the belt comments she could muster, along with rent-a-gob Amber Rudd.
Does the Labour Party really think it'll get a woman leader with people like MCDonnell using the F word then saying - he's just an ordinary bloke. I was impressed with the radio account of a female labour party member, almost in tears on the radio, explaining about how Corbyn basically refused to support an action - against abuse. Speaks volumes - they're all working class sexists whose one aim in their miserable lives is to get their hands on hard working tax payers money and do some 'wealth distribution with other peoples sweat'.

Thanks Daphne. I think Shirley Williams was PM material, but we know which path she chose.
What do you think of Rachel Reeves?

Thanks, daph, though it shouldn't have been a problem, janea, cos the link is to a tweet, not to the Times.

I do not think Prime Ministerial spouses should play any part at all in political life. I do not even want to see happy family snaps on election leaflets.

You vote, or should, for an MP on the basis of their party affiliation and personal views on specific issues, not because their spouse is good looking/will run the constituency office/dress smartly for royal occasions. For once I admire Jeremy Corbyn. I know he is married, has had more than one wife, has sons - and that is it. I assume his wife leaves him to get on with his job and she gets on with hers. ditto their sons, none of them seem to be trying improve their standing by riding on the 'glory' of his position. Samantha Cameron played no part in her husband's political life other than as an accompanying spouse at big events, and as far as I am concerned that is as it should be. She has a life and career of her own.

The USA has a completely different electoral system. the President runs on a party ticket but runs as an individual - hence all the primary elections before the choice is made. The wives of presidents have often been strong women and unofficial vice-presidents. Think Martha Lincoln, Eleanor Roosevelt, Jacky Kennedy, Rosalind(?) Carter, Hilary Clinton. Michelle Obama has just been following in a grand tradition of presidential wives.

To be honest, I'm more interested in the second part of the tweet about the impossibility of a Labour Theresa May.

I'd never even thought much about Samantha Cameron and don't think I've ever read about David's pride in his wife's talents. Maybe I just read things in the wrong places.

Is the tweeter trying to say that all Labour males are sexist?

Yes, I think they are - and I think it is true, but I think it is what I would call instinctive sexism rather than consciously thought through sexism.

Hmmm...interesting! So do you think working class women are prepared to accept that 'their' men are sexist and are more prepared to play the role of little woman?

Labour has a long history of strong women who never made the top of the party all for different reasons. Mo Mowlam, Barbara Castle, Harriet Harman, Yvette Cooper. The Conservatives of course carefully groomed and manufactured Thatcher for the job. Theresa May seems to have got there by keeping her mouth shut. Maybe the trouble with Labour women is that they are never prepared to be "yes women" but state their views plainly and honestly and make enemies as a result.
sarahetc Labour women have often been prepared to use much more outspoken language, many of them were renowned for their graphic language, a rude word would not upset them.

gettingonabit, Sarah Brown was not posturing , you are forgetting the majority of
PM wives have been married for quite some time, Gordon had been chancellor for three years when they married

mOinca, you believe a woman involved in politics should stop all involvement if she marries a politician? I disagree

Thatcher would not have been PM if Keith .Joseph hadn't blotted his book. He then chose to groom Maggie to carry his policies through for him

What should I do with my granny's engagement ring?