What a total delight, I will watch the others later on

I( think she was just trying the nest for size and comfort. But there is definitely an egg at the nest three rows back, fourth from the left. I saw it when she stood up to change position.

Oh! She has gone AWOL while I was posting. Where is she?

There is one female who seems very fidgety and keeps shuffling round and looking down. I wonder whether she is about to lay?

(top left of the four nests in the foreground) 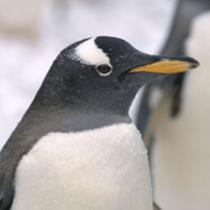 The Zoo penguins have paired up and taken possession of their nest rings.

They collect pebbles to line the nest, and pinch them from the next door if a neighbour is not looking. The penguin webcam shows frequent disagreements if the theft is detected, or if a male neighbour seems to show too much interest in a female.

DNA tests on chicks revealed a surprising number whose father was not the male of the pair. I heard that last year "Snowflake", who has a lighter, pale brown back and is very recognisable, was running no less than eight ladies on separate nests. This year he has been unenthusiastic about pairing up at all - lack of energy?

Rain! If you’re in the SE, have you had any?