Menopause in the workplace 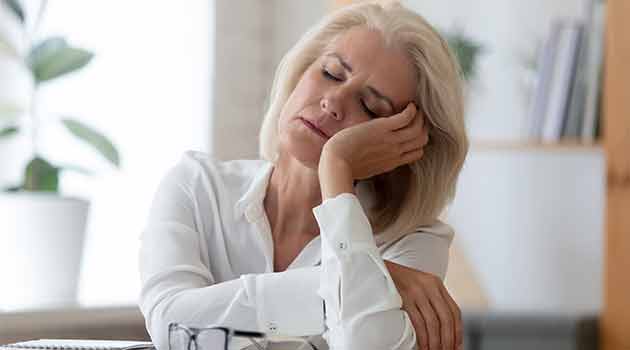 There are four million women over 50 in employment in the UK, more than ever before. This is the fastest-growing demographic in the workplace, and so it is inevitable that the number of women who go through perimenopause or menopause while working will also continue to rise. This is what you need to know.

How many women get symptoms during perimenopause or menopause?

Research conducted by Dr Louise Newson found that around 80% of women experience symptoms to some degree. 25% have symptoms so severe that they can detrimentally affect ther work, home and family life. These include insomnia, resulting in sleepiness, impaired concentration, poor memory, lowered confidence and depression, as well as hot flushes and other physical symptoms.

How many women will struggle as a result?

It is really hard to know the scale of how many women are struggling with their menopause at work. Many women do not even recognise their symptoms are related to their changing hormone levels. The main menopausal symptoms affecting women at work are anxiety, fatigue and memory problems. The severity of their symptoms means the majority of women with menopausal symptoms will find it very difficult to cope with work. At least 10% of those experiencing severe symptoms will actually leave employment. The true number is actually likely to be much higher.

Do women take time off work because of menopause symptoms?

The simple answer is yes - around half report that they have taken time off because of menopause symptoms. However, not everyone was happy to be open about the reason why they were absent from work. 37% had doctors' certificates to cover their absence, but of these only 7% cited menopause as the reason. Almost eight times as many (52%) listed anxiety as the cause. 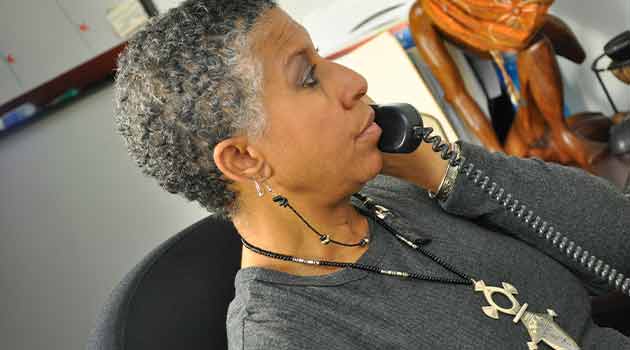 Can I go part-time to cope with menopause symptoms?

Obviously it depends on the role you have and the company you work for, but many women have found that reducing their hours is helpful when suffering from symptoms such as low mood, 'woolly' brain and exhaustion.

The research showed that around a third of women had thought about reducing their hours, with the same number thinking about leaving altogether.

My workplace doesn't offer any support for women going through menopause

This is, sadly, something oft heard. Bear in mind that when Channel 4 recently announced a menopause policy for its employees, it made headline news.

"My menopause was completely debilitating mentally and physically. Have a little thought for women like myself whose debilitating symptoms go on for years. I would have welcomed a more understanding attitude from the workplace (some hope) and I think [the Channel 4 policy] is a good idea. Moreso for the next generation in my family, who I sincerely hope do not suffer like I did."
(Fiachna50)

The lack of workplace provision is brought even further into focus by the fact that almost three quarters of respondents had received some sort of treatment for perimenopause or menopause symptoms from a doctor or other healthcare professional - but only 14.5% had received any form of advice or support from their workplace.

Menopause at work - the reality

The research highlights a general lack of support, as well as the fact that most absences are reported for anxiety or stress rather than menopause or perimenopause symptoms. 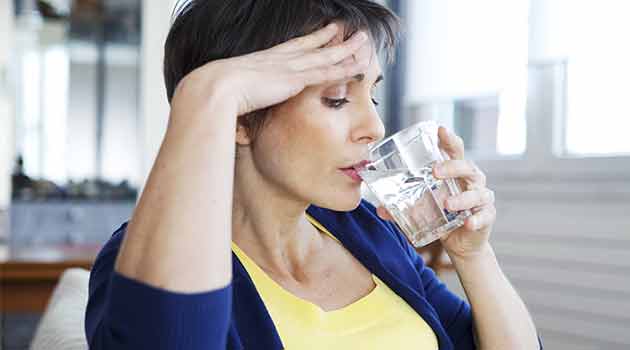 As Dr Newson says, "Helping women in the workplace goes far beyond changing their work pattern and allowing them to have flexible working. Women need to receive support and evidence based information so they can receive the right help and treatment. Too many women are not receiving individualised treatment which is frustrating. If they did then this would often really improve their ability at work and also result in them being more likely to continue in their current job.”

Get the latest health advice delivered straight to your inbox...

Advice on dealing with menopause at work

While many Gransnet users report having sailed through menopause without much difficulty, many more have suffered symptoms which impacted on all areas of their lives. But, having come out the other side, they are able to offer the following tips:

"I worked night shifts in a busy nursing home. The main problem I had was organising myself and my staff. I made sure that I did the same things, in the same order every night, otherwise I'd have been lost! My staff were fantastic, I relied upon them a great deal. I had what I described as a 'woolly brain'. I wrote myself lists at home, for the things that needed to be done, so that I didn't forget the important stuff." (miniMoon)

2. Be prepared (and wear black trousers!)

Many gransnetters have reported issues with flooding and unpredictable periods during menopause.

"I remember having to make a really urgent dash to the ladies, when getting off the train on the way to meet a client and being very aware that I was losing blood heavily. A few moments more and I would have had blood-stained trousers. It was that bad, even though I was wearing a pad." (phoenix)

"My last job was as a lecturer, which obviously entailed being in front of students for hours at a time. During menopause, when I had flooding, it was horrible. It's really hard to concentrate when you are worrying about something like that, and however much 'protection' was in place, my mind was never at rest." (doodledog)

3. Support colleagues in the same position

"I had to cope with night sweats which didn’t allow me more than three hours sleep a night, excruciating pain, flooding two weeks out of four...all while NOT being paid if I took a sick day.  I would have given a year's wage for somebody to just reach out to me and say 'How are you coping?'...nobody did! What a wonderful idea ...somebody reaching out. You never know what’s going on in people's lives." (saggi)

"I tried very hard to cope when I was feeling like shit, but I knew very well that I wasn't doing my job as well as I could have done. It would have been better for all concerned if I could have been honest and been cut a little slack, when needed. Women aren't just employed for the few years they go through the menopause, but for life. If they are good, there should be a way of retaining them. I was a single parent with two school-age children, who depended on me. I covered up and coped until I finally broke down, which destroyed the career for which I'd previously worked my socks off for over 35 years." (growstuff)

5. You are not alone

"At the time, I wish I'd known I wasn't alone. I actually took more 'sickies' than I needed to have done because I knew I wouldn't have been treated with any understanding if I'd gone into work. I was less productive than I would have been if some minor adjustments had been made, and I had been able to talk about it to somebody." (growstuff)

Not every woman will suffer symptoms during perimenopause or menopause.

"I was all set for mine. I'd bought the books, had all the evening primrose oils etc all ready then - nothing much. Periods just stopped! Life went on as before. Please understand that I'm not denying the problems others undoubtedly have but just want to wave a flag to remind you of us lucky ones."
(jane10)

Who hasn’t had Covid?