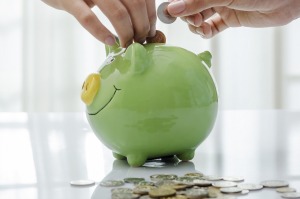 The radical new changes to private pensions have just come into force and while, according to the political spin, they offer “freedom and choice in pensions”, they can also be hugely confusing if you’re not sure exactly what they mean and how you can benefit from them. Money Saving Expert Martin Lewis says “Don’t rush into anything, take your time as this is an important decision that could impact you for 30 years”.

This content is largely taken from Martin Lewis’ 5 minute briefing on pension freedom (which we thought was so perfectly put that we should share it with gransnetters).

What does "pension freedom” actually mean?
Basically it’s all about how you use your pension savings. Before the changes you could take a quarter of those savings as a tax-free lump sum but you’d have to buy an annuity with the rest. Now you can take the whole amount as a lump sum. You don’t need to pay tax on the first 25% - the rest is taxed in the same way as a salary.

Do the changes apply to all types of pension?
In a word, no. They only apply to private pensions where you and/or your employer saved up a pot of cash for retirement. They don’t apply to the state pension. Nor, in the main, does it apply to ‘final salary’ pensions (where what you’re paid is a proportion of your final salary). 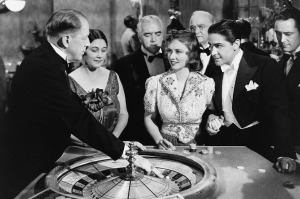 Can anyone take cash out of their pension?
No. Only if you are 55 or over. Beware people offering to do it for you early.

Should I take my pot out as soon as I can?
As a rule, no. If you are in your 50s or early 60s you may well be working towards retirement – in which case focus on putting yourself in the best possible position to have enough income when you do retire. Keeping it in your pension (hopefully) enables it to grow. Also accessing it early can reduce your ability to make future contributions.

But I can do it if I really want to?
You can. But don’t forget that only 25% is tax-free and you will be taxed on the rest at your current income tax rate. Withdrawing too much in a year could push you up a tax bracket.

So if I leave it, then what?
There are a number of options:

1) Leave it invested in your pension for when you need it. But don’t forget that every time you withdraw a lump sum, only 25% of that will be tax-free.
2) Take 25% tax free then buy a flexible income drawdown product. This keeps the rest invested so it can still (hopefully) grow, but you can also use it to take income when needed. This way the first 25% (of the lump sum) you withdraw is tax free and the rest taxed when you take it – which can be useful if you’re likely to be in a lower tax bracket when you’re older.
3) Take 25% tax free then buy an annuity, which will then give you a guaranteed income for life. Whichever option you choose, don’t forget to check charges and compare different providers.

But aren’t annuities what we used to have?
They are. But they’re a decent concept. They offer the security of knowing exactly how much you can spend each year, and that this will continue for the rest of your life. But...

1) In recent years annuity rates have been poor.
2) Most people have traditionally gone with the firm they saved with, instead of shopping around for the best rate, which has often meant losing out.
3) Simple annuities stop when you die – so if you die after a year (& your inheritors get nothing) it’s very bad value.

However – a good annuity at the best rate can still be valuable income security so this is definitely a good option for some people.

How much cash should I take out each year?
That depends on when you’ll die! Obviously this is usually impossible to predict - but the Office for National Statistics mortality stats can help to a degree with figures based on where you live, current age, fitness and whether you smoke. But in a nutshell, the typical life span for a man who hits 65 in the UK is another 18 years, and for a woman it's 21. Add a little on that for safety and it means unless you’ve bad health you probably want to spend around 4-5% of what you’ve got a year.

Will taking cash out affect my benefits?
A lump sum may count towards your savings total – if you have over £6,000 of savings it can reduce your benefit, and over £16,000 it can stop it. In fact once you reach state pension age, (toughly 62 for women and 65 for men) you may lose some benefits even if you don’t take your pension because it counts as ‘notional income’. 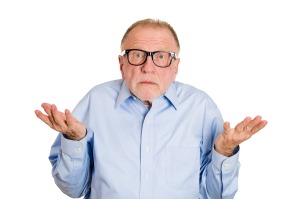 So what else is there to worry about?
I’m concerned that many will be nervous about releasing the cash in case they’re left with none in old age and will therefore sit on it, never spending it, depriving themselves of the benefit and living a worse life than necessary. The other potential issue is scammers. There are a lot out there, cold calling and trying to get people to do all types of unsuitable things, such as release their cash before age 55 (often illegal, if not massively expensive), or cash in final salary pensions when they shouldn’t, or a variety of other creative but dangerous causes.

Doesn’t the Government have a free advice service?
No. It has set up a free guidance service called Pensionwise – a system that will tell you what you can do, not what you should do. It won’t include help on your benefits, nor on what product to get. If you’ve got a sizable pension pot it’s worth spending the £300 to £1,000 it’ll cost to get an independent financial adviser who can tell you what to do (get quotes from a few first).

I’ve already retired. Can I cash in my annuity?
No. There has been talk that this change will come, but that depends both on the result of the general election, and even then, there are a lot of difficulties in actually setting up an ‘annuity sales’ market – never mind the fact that for many people it’d be a bad idea. So for the moment it’s a no.

Someone's been in my blackberry patch!

Do you know where you are in the world?

So that's it then, France is off! Quarantine from Sunday 4.00am