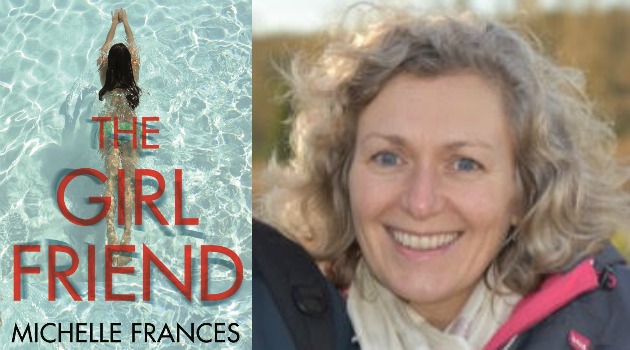 Our book of the month for March is a relentlessly paced domestic noir examining the mother-son-daughter-in-law relationship in a chilling new light. The Girlfriend is Michelle Frances' debut psychological thriller, based on the fall-out following an unforgiveable lie.

A girl. A boy. His mother. And the lie she'll wish she'd never told.

Laura has it all. A successful career, a long marriage to a rich husband, and a twenty-three-year-old son, Daniel, who is kind, handsome and talented. Then Daniel meets Cherry. Cherry is young, beautiful and smart, but she hasn't had the same opportunities as Daniel. And she wants Laura's life.

Cherry comes to the family wide-eyed and wants to be welcomed with open arms, but Laura suspects she's not all that she seems.

When tragedy strikes, an unforgiveable lie is told. It is an act of desperation, but the fall-out will change their lives forever.

"The Girlfriend is a taut psychological thriller, the evil chillingly drawn. Every character is layered and beautifully twisted. Makes me consider running background checks on any potential spouses my children bring home!" Karen Rose

Michelle Frances has worked in television drama as a producer and script editor for fifteen years, both for the independent sector and the BBC. The Girlfriend is her first novel.

The Girlfriend is published by Pan Macmillan. All our copies have now gone, but if you do receive a free one, we will need you to add your questions and comments for Michelle to the thread by the end of March.

Funny views from "the other side", ie MN