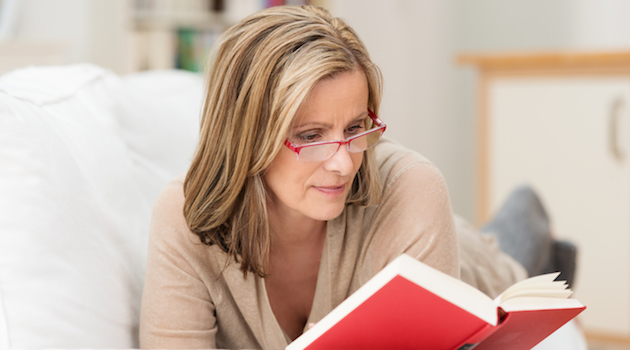 Our survey of over 1,000 women, in association with publisher HQ (HarperCollins), reveals how women over 40 really feel about their portrayal in fiction.

The data, revealed at The Bookseller Marketing and Publicity conference, shows that just over half (51%) of women over 40 say they feel older women in fiction books tend to fall into clichéd roles, and 47% say there are not enough books about middle-aged or older women. Yet women over 45 buy more fiction than any other group, and 84% say they read every day, or almost every day.

When older characters do appear in fiction, half of women (50%) say they’ve seen them being portrayed as baffled by smartphones, computers or the internet - and think it’s insulting. In fact, more buy their books online than anywhere else (75%), and 55% hear about the books they buy online - more than those who cite magazines (43%) or newspapers (42%).

The majority (67%) say they want to read about characters they can identify with, although only 19% say they feel that the age of the central character is important, whereas the personality (71%) and values (68%) of the character is what really matters to them. They would like to see women their age portrayed as

However, almost half of women (46%) agreed that older women are represented better in books than they are in films or on TV.

Get the latest book competitions delivered straight to your inbox...

But, when they’re reading sex scenes, more than twice as many (24%) say they are turned on or excited than those who say they feel embarrassed or uncomfortable (10%).

When it comes to their reasons for reading, 95% say they read fiction for enjoyment, 87% say it’s to relax and almost 59% say it’s to escape the pressures of everyday life. 87% of respondents say they read in bed, while 17% read in the bath, and 14% on the loo.

Gransnet Editor Cari Rosen said: “Gransnet users have long been frustrated with the perception that you are essentially past it the minute you hit 40. We know from our forums that many women remain active, busy and vital into their 70s and beyond, and it’s essential to see that reflected in the books that we read. It’s also important to recognise that we like to read a range of fiction, from crime and thrillers to stories about travel and friendship and everything in between. We don’t want to be typecast in our reading choices, any more than we do in any other area of our lives.”

HQ Executive Publisher Lisa Milton said: “At HQ we pride ourselves on publishing books that are bold, brave and inclusive. We publish many books by women over 40. Many of our books have female characters over 40. Many who also defy stereotype. But not enough. We know that women over 50 are the fastest-growing group of workers in the UK, and it’s important that we publish to reflect the world around us. To understand what readers want, we decided to ask them. We’re proud to be spearheading this research with Gransnet.

About HQ: Launched in November 2016, HQ is an imprint of HarperCollins UK. HQ publishes fiction and non-fiction across all formats, including commercial and book club fiction, poetry, memoir, cookery and lifestyle. In a short space of time, HQ has hit bestseller lists and achieved UK sales records. HQ authors include, amongst others, Sunday Times bestselling authors Adele Parks, Linwood Barclay, BA Paris, Sarah Morgan and record-breaking cookery brand BOSH! From launching debuts to creating international bestsellers, HQ is not restricted by genre, and prides itself on publishing books that are bold, brave, inclusive and compelling. HQ was shortlisted for Imprint of the Year at the British Book Awards 2019.

Sign up today to join the Gransnet book club...

THE PATH TO THE SEA by Liz Fenwick

A STOLEN SUMMER by Allegra Huston

THE DISAPPEARANCE by Annabel Kantaria

ONE SUMMER IN PARIS by Sarah Morgan 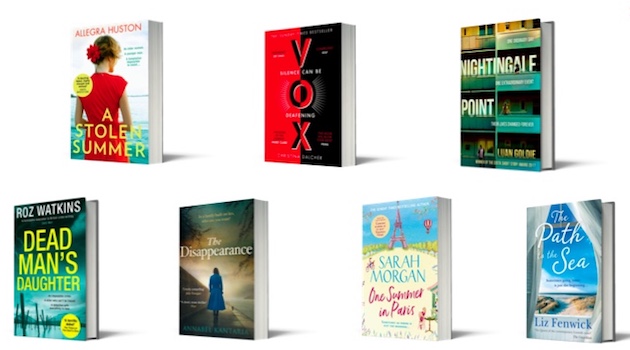