Just back from a weekend visit with DD SIL DGD (5) and DGS (1). Three hour journey away. Last visit was March. FT in between so the DGC know us very well.
DGD is a handful to say the least. Defiant, wilful and yet. . . lovely, bright little girl.
DD and SIL are at their wit's end with her. Have said what a good job they're doing. Suggested they try distraction and cajoling as they are driven to a lot of shouting. Suggested they keep their powder dry and save shouting for really serious stuff-like running into road etc.
DD and SIL both have demanding jobs so a live out experienced Nanny is there and DGD gives her the runaround too so there is a reward chart being used. Ultimate deterrent is no iPad time although she only uses it at weekend in any event. Just feel so helpless!

I'd stay on the sidelines if I were you. Your granchildren already have two parents and a nanny dealing with her behaviours - I don't think they'd appreciate anyone else expressing opinions ( even though you are her grandmother ).

If your DGD is at school, she'll probably settle down soon. School often has a good effect on wilful children - it did with mine !

I had one of those 35 years ago----remained the same up until a few years ago. Good luck !

Oh yes I agree I do generally keep it zipped. Try to arrive when we go for a visit in time to accompany DD to school pick up and met her teacher on one occasion-we were looking for missing coat so I said oh hello I'm her Granny-no eye contact, face like the proverbial smacked a**e so don't think that teacher is of any help sadly.

Sounds like she is a strong character which is to be encouraged, especially in this day and age. I wonder if she would be described in the same way if she was a boy?

Know just what you mean Clare-she will never be put on that's for sure!
Her Mum was a handful when she was little and apparently her Dad too so inevitable really.
Just want to help her and the family to all get along happily and "channel" her strong will.
Her little brother is a really happy chappy (yet!). It saddened me to see her being unkind to him-gathering his favourite cars in her arms and teasing him with them-nothing physical that I witnessed. I know all part of family life-siblings knocking the corners off!

Three years of age is just about the time a child's sense of 'me' is really beginning to develop and if she is bright and intelligent its going to be quite a 'me' which is no bad thing in it self.
The whole parents and nanny combo is always going to increase the occasions when this young 'me' can flex her muscles.
She's finding out who she can push, when and how much so now is the time for a real strategy meeting to create firm ground rules, not too many - but FIRM ones. All young children did consistency and boundaries - if you have wobbly boundaries then they just do not know what to push against.
In simple terms being a parent is learning when to say No and mean it. Nanny needs to be included too or madam will have great fun working out who is the pushover.
Sometimes there will be tears and parents will be the villains but deep down children are hard wired to love no matter what, so have a few rules, all stick to them and then use distraction to take the heat out of situations. Find out what really interests her - something physical? Dance or Gym maybe. I can remember telling a willful 5 year old that she would not be going to a friends house if she continued what she was doing - long day of being in a strop about everything. Well she did not mend her ways so the visit was cancelled. I felt ghastly but a lesson was learned...and no damage to our relationship - honestly.
Being a strong minded girl is an asset in this day and age but you do not want an uncontrollable madam who no one wants to be friends with or have visit. As for Grandma...well let them sort out these initial issues and then fit in to what is decided upon.

A good way to direct a strong willed child is to give them control over things that dont matter.

The more choices and control they have the less they fight you over things that you need to put your foot down over.

5 (like the tweens) is an inbetween age where you cant keep parenting the way you do with a toddler. Involving them in decisions works best

E.g. ask THEM to decide the "rule" about when/where they do their homework/chores. So then you impose their own rules on them rather than you saying so IYKWIM.

If you make it a battle of wills thats what you get back.

You reap what you sow etc

Toddlers have to do what they are told for safety reasons: you need them to stop when you shout stop because they cant risk assess. That approach is justified at that age but it doesnt translate well to parenting older children

One of my DGDs is like that. I don't see a lot of them because they live and work abroad. Apart from a few times, I've managed to hold my tongue.
as you say Newquay the main thing is to channel her strong will.
My DGD is very keen on sport and has reached high levels in competitive swimming. She's 15 now and still very ambitious, until boyfriends start?

DGD is kept occupied at things she enjoys; swimming, tennis and has just joined Rainbows. She has play dates with some of her friends too and, of course, there's always a birthday party.
She was glued to her iPad but now only has it at weekends.
It's just all so frustrating being at a distance and, of course, not being free to "interfere/help"!
Thanks for all your input btw. Would love to pass some of it on but will bite my tongue and just enjoy the time we do have together.
It's all going to be a treat in 10 years time isn't it?

Had/have one like that. The main problem was that she was convinced that she could bring herself up quite satisfactorily without any input from her parents and was determined to do so at all costs.

How did we deal with her? Well, we had as few rules as possible but I had very clear boundaries. With in those boundaries I would put up with a lot, but boundaries included not hurting other people, whether with words or actions. No rudeness to others and nothing dangerous or destructive. If boundaries were breached I was implacable, if I threatened a punishment, I would do it.

DD has since told me that knowing if I said I would sanction her in some way, I would and would not change my mind, did stop her doing somethings plus that, as I had so few rules, she did grudgingly accept that possibly I did know better in those cases where I insisted they were obeyed, even though on a matter of principle, she would kick up a fuss.

She is now in her mid 40s. In her early 20s she decided, of her own volition, that she was far too uncompromising to ever be able to make a relationship work and is happily single. She has her own house a well paid and successful career, lots of friends and dotes on her niece and nephew. She is caring, thoughtful and principled.

We still have occasional confrontations, because she is till convinced that she always knows best, but I have learnt to avoid any real rows and in fact that has always been my strength. She complains bitterly that when she is all wound up and really wants to have a confrontation with someone, I just shrug, smile and say 'Lets agree to differ' and start talking about something else. 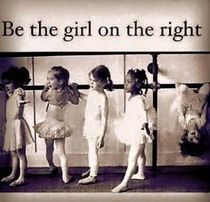 Our eldest daughter, now 41y was always so fiercely independent you’d think she’d brought herself up! Intelligent so always, always questioning the reasoning behind the rules! I used to hold onto her coat tails and dreaded to the occasional letter in the porch with the grammar school crest stamped on the envelope.

But a more honest, kind, intensely passionate, fair minded individual you couldn’t wish to meet. I love her to bits.

My human dynamo son ran me ragged - the book in this link saved my sanity and got it all into perspective.
As an adult he is still exhausting , but after reading this it all became positive rather than the negative ( almost

Oh yes - I have two like the girl on the right - both adults and have left home and both brilliant but completely different from each other too!

Latchkey kids - were you ever one?