Good Morning Everyone,
Its dry and grey at the moment , with having had some overnight rain , also a bit of a red sky in Brackley .
Today usual shop , with the Vuelta Tour of Spain cycle race later on , I also want to watch the mountain biking as well from Munich as we have a gold prospect
Take Care,
Mick

Good morning Mick and all from Sunnyside northwest coast.
Spent a bit on my car after it’s service, but nice to know it’s all shipshape.
Tenor singing colleague from over the years is in the area so popping in for coffee. Might set it up outside. I hardly ‘entertain’ these days, it seems to have petered off after lockdown. So the patio is brushed, a tray set and a bit of a tidy up. It will be nice to see him, we sang many leading roles together and got on well.
Bodies in bags! Not nice harrigran.
Sorry to hear your news Susan56, your neighbour was so young.
The production sounds good fun Ashcombe, it’s lovely being part of a theatre family.
Thoughts to those with troubles.

Podiatrist this afternoon and a decision on which fabric to have for our new awning! Strangely it is going to cost the same amount as the old one did 25 years ago and is the same German make.

Pleased you finally had a good nights sleep Mattie and Mary please take care, I am still suffering from my fall in May.

Wishing all those on holiday and those taking pleasure in the small things a good day.

Good morning from a breezy, blue skied Durham. Hair cut yesterday, but I think it needs a better blow dry, so I’ll wash it this morning. DGS1 was delighted to see me last night, it seems ages since I saw him. He’s going to a dinosaur extravaganza on Sunday and says he’ll look after his Mummy, as she might be frightened of them!
Ouch ? Marydoll
Just weird Harri but hope the results get to the bottom of your current problems.
gM I took a herbal sleeping pill once – never again – it gave me hallucinations and DH had to stay awake all night as he feared I could do something stupid!
A bit of food shopping is on the cards this morning and a quick coffee with a friend, who lives just around the corner from Sainsbury’s.
Have a good day.

Guard your fish and chips with your life ginny. The seagulls in Hastings are lethal! 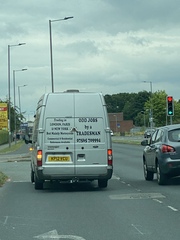 Beautiful blue sky here as I bid you good morning from Merseyside.
More reduction of clutter is happening here. I’m in the charity shops so often I’ve been asked to work in three of them in the last few weeks. That wouldn’t be a good idea - I’d only bring items back!
I hope you enjoy the humour displayed in the image, wish all holidaymakers the best of times and send positive thoughts for everyone.

Good morning all from the Scottish Borders. Sunny but windy and not warm
I bought some summer tops in Seasalt sale but I have to wear an extra layer.
This is Scotland not the Adriatic but I am glad those cruising are enjoying themselves. Congratulations on the Ruby wedding Glammagran

Oh dear Marydoll what a painful way to discover you can do the splits! I hope you enjoy your trip to Troon. I think PP should have phoned you. I am indignant on your behalf.

I was also clearing my undersink cupboard s yesterday. The worst find was an ancient large. packet of washing powder at the back which spilled everywhere as it disintegrated completely. Even then I decided to decant it into ice-cream tubs with further spillage. It could have been worse.
At least I didn't have a shock like Harrigtan
You should have been asked or at least told about the filming. Or paid for being an Extra.

I'm off to make up a few beds. My DB and DSiL arrive from Denmark today to meet my Kiwi son and have a bit of a party.
I hope everyone has a good day.

Good morning from sunny Colchester. It's very warm and humid. Yesterday veered from sunny to downpours on and off.
I am late this morning as we had a late night at a lovely Italian restaurant with old friends.
Today is shopping, laundry and admin. DS is home on a fortnight's leave so I have his uniform on the line and need to be alert to bring it in if the rain arrives.
Love to all ?x

Good morning from a cloudy W Kent. Off to do the shopping shortly and then turn up sleeves on GS's new school blazer.
Marydoll what a horrible thing to happen, I hope you can enjoy the meal out. Harrisgran I know in the midst of life .... but oh dear.
Good wishes everyone.

Good morning from West York's it's sunny at the moment. I am out with friend today looking forward to it.

Good morning everyone from a bright sunny but chilly CoArmagh , I think we have our own microclimate here , we have had no rain to speak of for ages , but my Sister , 5 miles away has had down pours
No plans for today , I should iron yesterdays washing , but it gives me backache , I have cards to do for family birthdays , or I could hide in the greenhouse footering with plants ?
Marydoll that made my eyes water ! That was an unnerving sight Harrigran I hope you get good results from your scan

Good morning, Michael and all GNs. The sun is out in South Yorkshire and I am very late as I was another who slept like a top last night for the first time in ages. The locksmith came and did his stuff yesterday morning. It was a little more complicated than a broken lock barrel and the bill was rather ouchy (I shall have to push my piano down the high street and do some busking!) but it needed to be done and he adjusted the door hinges and reset the contacts for the alarm system. I had a nap after lunch, then a walk down the lane. I picked up a fistful of ripe hazelnuts, cracked them later and every one was empty! May do a bit of garden tidying today if it’s not. Too hot.
Have a good one folks!

Good morning Mick and everyone. It rained heavily overnight in my corner of Lancashire, the sun is out again now, currently 16°C.

Nothing much planned for today, just general housework, usual exercises, Gaelic practice and listening to a book.

There’s a festival on nearby tomorrow, we may spend some time there if I’m up to it.

My niece is a qualified hypnobirthing practitioner Shazza, her classes have always been very popular. She is going back to university next month to finish her midwifery degree after taking a break when her daughter was born.

So sorry you’ve joined the falling club Marydoll, it really is a horrible experience. Take care and I hope you have a lovely time in Troon.

Hoping all our holiday makers have a great time, best wishes to all in sick bay.

Have the best day possible all ???

Highlight of today is fitting of very expensive new hearing aids. For someone as nosy as me not hearing everything said is real deprivation so I hope to be back in the social swim again. Just hope I have made the right decision because DH would have been horrified at the cost.

DD and DSiL coming tomorrow for a quick (supervisory?) visit so will have to provision for that. It will be lovely to see them and I appreciate their kindness.

Am impressed that Marydoll survived the splits. I would still be stuck on the floor, so hope all is well with her now.

Good morning Auntyflo and all x

Good morning Mick and everyone from a rather cloudy but warm Surrey. I came down on Wednesday because of the train strikes. My train wasn’t one Avanti had cancelled but the previous two were so they put the passengers on ours, added a few coaches, removed the seat reservations and re-lettered all the coaches. In blissful ignorance, I boarded the ‘correct’ coach and only then discovered this. My first class coach was now an economy one. DiL found the first class carriages were already full but fortunately I found two seats in the one we’d first boarded. I swear Avanti have taken out some luggage racks for more seats, all with less legroom. Cases piled everywhere. People remained good humoured, I think we were all just glad to get on a train.
We arrived into London where a torrential cloudburst had started, the station and streets being soon awash. DiL and I parted company, she to a local friend, me into a taxi to get an onward train. She was an invaluable travelling companion, humping my big case about.
Tomorrow it’s down to Dover, chauffeured by DS1, we’re hoping for a clear run in spite of no trains so extra others may be driving.
What a hassle it is getting away these days.

Do have the best possible day all.

Good morning all from a brightish day in Glasgow where I am endeavouring to add another few ticks on my to do list.?

Ouch, ouch Marydoll, thankfully your fall didn’t result in any broken bones. My fall in the garden as you know resulted in a fractured hip, so easily done. Haven’t tried the splits yet.
Bon appétit for a pleasant lunch in Troon.
Having Jools Holland on board to entertain you is indeed such a treat BlueSapphire, Happy Anniversary Glammagran?

Hopefully a pleasant day for all. 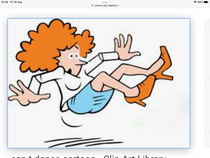 Marydoll if you’re determined to enter the next Olympics I’m not sure gymnastics is the right sport for you.
Please take care.

Pants and I have been having a lovely time reminiscing about our days in Miss Dolls school on the Argy thread. It was one of the best times I have ever had on GN ?

Good morning from a cloudy and damp West Sussex.

The top of my legs are tense with the thought of Marydoll doing the splits.

So sad about your neighbour Susan.

We have friends coming to stay on Sunday so my plans for today mainly involve cleaning and putting stuff away. I can’t describe how bad the state of our bedroom is - piles of books and clothes everywhere. I keep trying to find ‘a place for everything’ but it eludes me. I will do some baking too, if my strength holds out.

Greyduster the picture of you busking in the street with your piano made me ?

If you actually heard me playing it, you would not be smiling, you would be running a mile. I belong to the Les Dawson school of playing!!?

Tar in a jar

Any nurses or carers

Looking forward to the next few months?