I read this morning that a 73 year old man, acutely ill with covid in an Irish hospital, was persuaded and assisted to leave the hospital. His anti vaccination covid denier friends convinced him to remove his oxygen mask and leave. He was so seriously ill that his medical team had discussed transferring him to ICU to go on a ventilator.

His departure from the hospital was filmed by his idiot friends. Doctors can be heard trying to persuade him to stay while his “friend” persuades him he will be killed if he remains.

His condition deteriorated at home and he was re admitted to ICU and has sadly died.

I hope those responsible for removing him from hospital will be prosecuted.

I'd like to read/see that direct, Grannynannywanny Could you please post a link to it? I believe the report is said to be in the Irish Times, but I can't find it there.

I’ll go back and see if I can find it Elegran.

If this is true then his friends should be charged with manslaughter.

I have found the piece. It was published on 17th September and doesn't mention that he died, only that he was back in hospital, seriously ill again. ( One third of Covid patients who ate ill enough to be in hospital die.) Do you have the definitive source of your statement that he died, Grannynannywanny?

There are several news reports of it online. Sadly it’s true. I read a police presence was required at the hospital to prevent the idiot friends coming back to remove another patient. Also to protect the staff who were being subjected to abuse.

Sheer ignorance, gullibility, hysteria and arrogance. Why the do they think that doctors and nurses are working until they drop? They are trying to SAVE lives, not "killing people without consent" 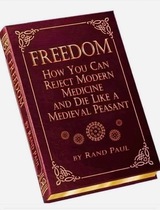 They ought to be prosecuted.

I'm sure there's something they could be charged with. What on earth did they think they were doing? Will they change their deranged minds now?

Conviction for manslaughter is entirely appropriate.

The man who orchestrated it and filmed himself in the 15 min video clip claims to be acting under “common law” He threatened the medical staff who had been looking after the man and said they would be held accountable. He talked over them and told the covid patient he had to leave the hospital “before they f* kill you”

Sue Gray report and photos to be released today.

If my GP refers me (or anyone) for a specialist consultation, why does the hospital then have to triage it?