Just hours beforehand, Ms Rayner appeared to play down reports of an imminent reshuffle, telling reporters that she believed Sir Keir “would tell me first” before proceeding.

But by 11.30am senior Labour sources had confirmed that a reshuffle had now commenced, with Cat Smith, the shadow secretary of state for young people, publishing her letter of resignation on Twitter.

Was Angela blindsided by this reshuffle do you think?

He ought to reshuffle himself out of the Labour Party

Not sure if full details have been announced yet.

No surprise that urmston and Grany find common ground in having a go at Starmer.

Yep same aim. The difference is urmston wants 'her party' to win and that's not a daft aim. Although maybe also likes to watch labour fighting

It looks as if she may have been Urmstongran. Maybe she's a victim of her own self importance in assuming wrongly that he'd tell her first.

Elsewhere it's told as if Starmer were getting his own back on Rayner because she "derailed" his reshuffle in May by refusing to move.

In reality it’s the leaders prerogative, Boris doesn’t tell his cabinet before he reshuffles either - that’s just how it works.

I would just like to see a strong united opposition party…

I would just like to see a strong united opposition party…

Yes, that is sorely needed.

Well date we hope that the reshuffle may help unite. Better yet that the people who cling to the hopeless belief that extreme left will win labour an election, leave

Looking at the reshuffle appointments I think it’s definitely looking much stronger.

A Starmer reshuffle, will anyone bloody notice?

I mean the three names being bandied around have only done exactly as Starmer does – stand for nothing, take no concrete positions on anything, deny ever promising a damn thing & supporting the Tories!

The Left - for want of a nail.

We need someone dynamic to come along to fix the Labour. Sadly, there doesn't seem to be anyone up and coming to fill this role. Andy Burnham would have been a suitable candidate but he's long gone.

Burnham stood for leader twice. He says he’s happy as Manchester Mayor. He’d have to give that up and be selected to stand in a constituency, if elected stand for leader - again, with absolutely no guarantee he’d win

So it’s Yvette Cooper as Shadow Home Secretary. Up against Pritti Patel. At least YC is a big hitter. Keir Starmer did well there. I only didn’t like her because she continually tried to stop Brexit from happening (after a referendum too). But now that’s been achieved it’s good to see a bit more intellectual muscle on the Opposition benches.

I’m off to Google Rachel Reeves. I admire her. 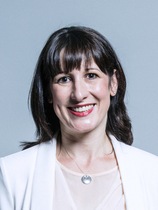 Seems she is still Shadow Chancellor. I read an article about her in the Telegraph last week and must say her views impressed me. She’s only 42y too. Only a few months older than our youngest daughter. Ooh that makes me feel old!

I have quite a bit of time for Rachel Reeves, she will be relieved to hear

I really like Yvette Cooper and am glad to see the back of Jonathan Ashworth.

I didn't know that! Tell us something interesting!

Will you continue to wear a mask?

Grown up children accuse me of 'abuse'