Please note: This topic is for discussions paid for by Gransnet clients. If you'd like to have your own paid for discussion thread, please feel free to mail us at [email protected] If you are a journalist, start-up or student and you want to request feedback from gransnetters, please post in Media Requests.

Are you thinking of helping a family member buy their first home or have you already helped them? Share your experience - £200 voucher to be won. 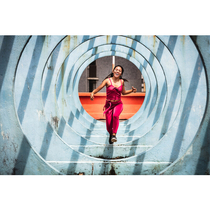 This discussion is now closed

This discussion is sponsored by Santander.

Santander’s first time buyer research (undertaken in 2021) found that over a third of first time buyers are hoping to buy their home with financial help from family or friends in the next five years. But taking the step to help a loved one get onto the property ladder is a big commitment for you and them.

Here’s what Santander have to say: “When a loved one is thinking about buying their first home family are often the first ones they turn to for support, with parents and grandparents playing an increasingly critical role. But it can be tricky knowing where to start. So, our Step up: Helping family to buy information pages on santander.co.uk contain a wealth of information to help you get started.”

How are you thinking of helping, or how have you helped already? What were your reasons for helping? And do you have any concerns or worries about your own future plans? Perhaps you had to have some difficult conversations with your family? Or perhaps the conversations were really easy? If you’ve already helped, is there anything you wish you’d known beforehand?

Share your experiences on this thread and you will be entered into a prize draw where one lucky GNer will win a £200 voucher for a store of their choice (from a list).

Thanks and good luck with the prize draw!

Why do we have to threads about the same thing

Yes, we have helped all our children in the past to buy their own homes.They all needed some initial money to boost their own savings for the deposit needed to get on the property ladder.
They all said they would be happy for the money to be in the form of a loan to them, but we felt they already had debt ( at that point still had student debt to pay) so preferred to give the money as a one off gift to them.
They would all have taken at least five years to save without our help.We would like to help our grandchildren do the same when old enough if possible, but impossible to say now if we will actually be able to.

We gave our daughter and her husband the deposit for their first home ten years ago as a wedding present and an interest free loan which we wrote off on their fifth anniversary. My son's circumstances are such that he will not be buying property. My daughter and SIL have a child now so are looking for a larger property. We are having discussions about how we can assist here too. We would never put our own financial security and plans in jeopardy in order to help our children (they would not accept financial help under such circumstances) but my husband and I count it a privilege to be able to help our children.

We took out savings policies for DC when they were born, not much but it grew, we topped it up, when we had a small unexpected legacy so they both had the deposit on their first property.

DS was a post graduate when we encouraged him to get on the housing ladder as prices were rising rapidly, so I bought the house because I could get the morgage, but DS paid the deposit and paid the mortgage and had a third share in the house. When he moved on a few years later, prices were still rising, so I bought him out and he had enough deposit, in a cheaper area, to buy a house entirely on his own account and with a mortgage because he was working.

The other way we helped our AC was because we are serial house improvers and could help them do renovations, both were able to get buy rundown properties, which we renovated with them, so they quickly had growing equity in their homes.

We lent our son the deposit for his first property with his girlfriend, now his wife. This was about 20 years ago, there was a cash back scheme with the mortgage company, and when he received the cash back a few weeks later when the mortgage was agreed, he repaid us.

We would like to help 2 of our children buy their first home. They are single and wouldn't be able to do so otherwise. (we're all in London) We would rather help them now than later - we are ready to downsize (especially if they were able to move out!) so cash would come from there.
What puts us off is worry over getting it wrong, What happened if they lost their job and couldn't afford repayments on the mortgage. etc

Every year, I give my 3 children quite a good sum. They need money , more now, than after I’ve gone. And I need less and less…….I know, I know, what if I have to go into a Nursing Hone? I’ll cross that bridge when I come to it 😂

I already helped DS to buy. Seeing the help to buy scheme required you to pay £200 per month, I discounted it. Didn't have that kind of money to spare each month. Wish I'd looked into it further. Later I found it was 'up to £200' so it could have helped. Very glad I did it though, he went from a cheap and nasty rental to a fairly decent house which he is happy with.

I am looking at helping my son buy and did the calculations, the overriding issue is even after you give them a decent deposit, can they afford the repayments, it’s not easy.

I matched the amount saved monthly with my 3 DCs when they where saving their deposits then gifted them all an equal amount when the time came for them to buy.
I still save for my DGCs for the future for them to get a step up on to the housing ladder when they need it in years to come.

We will hope to help all of our children when they are that stage.Only one has bought a house so far. We are happy to help if they also make an effort to save too. As we have 5 children our help will be limited as we hope to be even-handed.

All 3 of my children have been helped to buy their homes, there was a trust fund set up by what would have been their paternal great grandparents back in the 1960's long before the children were even born so that if there were great grandchildren then they would have money for education and homes. On top of that their grandparents and parents have added to the pot over the years and each of them have nice homes and are mortgage free at the ages of 32, 29, 26.

We gave a fairly large lump sum to DD towards her deposit so she could buy somewhere which would potentially make a nice family home with work rather than somewhere smaller just for now. The building society insisted it had to be a gift. We hope to help the other children in future.

We are contemplating buying a multi-generational house.

I lent my daughter and son-in-law money to put down an initial deposit on their first home and then again as a top-up for their second home. Both times they have paid me back in full by increasing their mortgage after finding a better deal slightly further down the line. Everybody was happy that way.

I really hope to help my son with a deposit to buy his first home.
The housing market has changed so much over the years, that it is difficult to see how any single person (or couple) earning an average wage could afford the deposit independently - particularly if they are in rented accommodation while they are trying to save for this!

We put down the deposit for a top floor tenement flat in Glasgow for our then 18 year old daughter when she went to Glasgow University. The mortgage was in her name, with us as guarantors. She quickly acquired a flat mate whose rent covered the mortgage, her Dad, over time, renovated the flat and when younger Daughter spent a year at college in Glasgow she lived there too. DD2 then moved to Newcastle for Uni and again we paid the deposit and her flat mate's rent covered the mortgage payments. When DD2 returned to Glasgow to work she lost money on the sale of her flat, but her sister, whose flat had soared in value, remortgaged and gave her sister enough for the deposit on a flat in Glasgow. A few years passed, both DDs had good jobs and partners, the Glasgow flats were sold at a big profit, which enabled them both to buy substantial homes, locally to us. DH and I had recently retired, so were in a perfect position to help renovate their new homes and to be on hand for child minding the 3 DGC who arrived over the next few years.

We did have a vague plan underpinning all this but were greatly helped by the rise in value of Glasgow tenement flats.

I’ve recently moved in to a house with my daughter and son in law and gifted them enough for a deposit. It means I get to build an annexe in the garden by converting some outbuildings so they and I can have our own space.

Although I’ve (legally) helped both DDs onto the property ladder years ago - surely you are then limited to giving away no more than £3k cash per year?

When my son was looking to buy his first home I advised him what to do as he was let down with the first house he was going to buy. I told him to make sure he got legal representation and explained to look around the different banks for the best mortgage rates. He and his family are now settled in their first bought home and they are very happy.

My mother passed away when my children were 26 and 24. I decided to gift the money she had left me to my children. My daughter then used this money to put a deposit on a flat in London. The mortgage repayments were cheaper than the rent she had been paying!
My son has yet to buy a home but as he lives overseas he is biding his time to be sure of where he wants to buy but he has his deposit when he needs it.

Yes we helped our 2nd daughter with both a contribution and a further amount as an interest free loan which they're paying back monthly. They couldn't have bought a home without our help and the mortgage is £400 less than their previous monthly rent

Although I’ve (legally) helped both DDs onto the property ladder years ago - surely you are then limited to giving away no more than £3k cash per year?

It’s been £3k a year for ages hasn’t it. Shame that limit doesn’t increase in line with every other expense.

yes! We are saving up some money to help our nephew buy a house as he is struggling to save and we want to help as much as we can