I had earlier this month had 10 installed s an upgrade from 7.
At first is was OK, but getting used to the defender mechanisms as well.
Also brought a copy of Windows 10 for Seniors which I found useful , as it shows you things the beginners edition does not.
I had office pro 13 originally in my computer , but the 10 system rejected it mind you 5 years old , although on a free version of word, excel and access tempted with the 365 office although its a yearly subscription .
Coming back to computer it crashed last week, and seeing someone i know had new hardrive fitted which has a larger room space on it.
Mick

I had a huge amount of issues with Office and Outlook running on my Windows 7 machine after the hard drive failed and I had to replace it. In the end I gave in and upgraded to Win 10 and installed 365. It seems ok but as I mostly use my iMac I don't use the mail that often - the rest works fine though. My husband has been using 365 for about 2 years with no problems.

I've got Windows 10 as my bank wouldn't let me access my account with my Windows 7 browser any more. I also bought Office 365 outright rather than rent it. All seems to go OK once I got used to it. I don't do anything fancy with it - no films, games or music just writing, emailing and surfing the net as required.

Since I crashed and had the hardrive fitted the 10 is OK, I usually apart from word documents use excel to keep a record of electric usage weekly using a formulae, and also have a beer list as I collect different beers in access, with the free version my list of 8000 plus beers as frozen on the free version not allowing me to add to the list, so I created another form.
Be interested to see how much the 365 is costing out right.
Mick

I was initially reluctant to upgrading to Windows 10, having been used to Windows 7 at work.
When I did, I had serious problems with my PC, which kept crashing and eventually it packed up altogether.
Thank goodness my son is an IT whizz and he practically rebuilt it, as it had so many things wrong..
It's running really well, now and running like a dream. The benefit of Windows10 is faster performance, in my opiniom.
He also installed Office 365, which has taken a bit of getting used to, as I don't really use the program often enough.
I used to deliver Office inservice to teachers, but now I'm on a steep learning curve!
Good luck Mick, set yourself the goal of exploring a little bit every day and you will be an expert in no time.

BTW, it is so good to see you back on the Good morning thread!

I regularly post about IT matters and volunteer for a couple of charities supporting local people to use their IT devices. Although I specialise in Apple, I keep as up to date as I can with Microsoft and have a laptop which came with Windows 10 installed. I pay for Office 365 Personal, it costs me £5.99 per month and I have it running on all my 5 devices, including my iPad. I also get the free cloud storage with it.

I think something Windows users need to remember is that Windows is an operating system built for use with a variety of computers produced by different manufacturers, eg, Toshiba, HP etc. Windows has never been optimised to run on a particular device (unlike Apple who supply the device as well). So, device builds vary and, as Windows versions have changed, some devices cope better than others.

Some of the posters above have found that the demands of the Windows 10 operating system are just too great for their existing PCs. But, although you can add hard drives and run programmes that clean them up and improve things for a while, there will always be new developments that your device just can't cope with. This isn't planned obsolescence, it's just progress. Using computers is not a cheap option unless you are, or have access to, an IT specialist and don't have to pay consultation fees.

Microsoft are moving away from Windows development, it looks as if they plan to base their future on cloud services and artificial intelligence.

NanaMacgeek. Is it also too great for some new machines? A friend said he had bought the cheapest new Windows PC ( I don't know the make or spec) but found that 10 seemed to "exhaust" it leaving it intolerably slow or constantly crashing.

Tired of trying to keep one step ahead of viruses and needing a new light and portable machine, I migrated to Apple in 2011 with a MacBook Air replaced now with a MacBook Pro both of which have been excellent workhorses. I use Pages for word processing and Numbers spreadsheets, inexpensive applications which have all the functionality of the Office suites.

FountainPen, out of the box a new PC with a Windows 10 install should be OK. If it's not, it should go back to the retailer. However, add a few apps that the user liked to run on previous PCs and the situation can change. Because Windows is designed to run on PCs from different manufacturers, PCs may need different sets of instructions to 'translate' the app software for the PC hardware to understand (these are called drivers). Drivers sometimes have to be updated for apps to work properly. It would be the first thing I would check.

I use Open Office (free), Pages and Numbers on the Apple devices but they are not as comprehensive as their equivalents in MS Office. I need access to Office 365 in my support role. The Office suite used to be a bit flaky on the Mac but is fully supported by Microsoft these days (although always seem to need updating 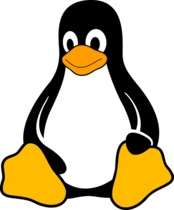 I think Linux may be a step too far for many of my customers! I keep quiet about my Rasberry Pi experiments and used Linux extensively before retiring.

Rasberry pi's here too. I always wonder why so many complain all the time about the 'W' word and still stick with it though. Fear of the unknown perhaps. I suppose I am lucky. If I need a programme OH writes one.

I had an interesting conversation with the OU some years ago (OPEN being the relevant word here) They said 'oh we don't support Macs' I knew (at that time) of at least 7 of their lecturers who used nothing else. I hope they have moved on since then.

Update as to 10 and 365 , I decided to install 365 , and using word,excel,and access I have downloaded them from the Microsoft store.
10 is just as good as 7, once you figure it out.
There are some features built within 10 < on reading the booklet for seniors on it , such as digital photo download sooner than install another app such as Kodak , it has the download built in.
Mick

Glad to hear you are coming to grips with it, Mick.
In the last few days, I've had to come to grips with Excel.
I had totally forgotten all I knew, but it's all coming back now.

MaryDoll,
The Office 365 , works a treat , I use access for my beer list database records .
And Excel I have 2 main items my meter readings, and keep a record of my weight.
Weight wise Its going in the right direction , but a slow steady loss,and not a big one.
Word wise for other documents.
As for Windows 10 since I have had the new hard drive, it functions no dissimilar to 7 with login etc
Mick

I am also facing an issue on my Windows system as the system is not booting and the screen has turned into blue. I really do not know what to do and I have contacted errorcode0x.com/error-code-0xc0000428/ to make this fix.

There are various options open to you.
If it is what I think it is, (I could be wrong), Google Blue screen of death, Windows 10.
There are lots of suggestions on how to repair.

Do you, like me, hardly ever leave your house? 🏡

Anyone else come across this in Sainsbury’s?