I switched my webcam off a while ago after reading about others being able to use them remotely to see into your home.

I use WhatsApp and viber to stay in touch with family and friends, but last night my DGS needed my help with homework and I reactivated it so I could see his work up close, and now I keep getting pop-ups saying it's in use.

I've read an article about covering the lense so others can't see into my home, and that's worrying.

Do you just switch it on when you need to use it? I'd be very grateful for any advice/opinions.

No problem if you have a strong password to protect it.

I never ever have webcam on on any device. I might inadvertently leave it on and who knows who can view whatever is in sight. I might be in nightwear or less...
No, definitely not an option. It's off on everything.

I read about this and have stuck white paper over the camera because the instructions for switching off the webcam were quite long.

I have recently spoken to someone who worked for Facebook security. It is now possible to hack into people cameras, computers etc. take photos or take photos out of albums, manipulate them, sell them to sites which are illegal (porn/paedophile sites etc) and who know what else. Do be careful, make sure you have strong password and do cover you camera or switch it off when your not using it. you can do this through settings. Please warn your grandchildren about the dangers of posting photos on social media. It's a terrible world!

The fact that Mark Zuckerberg covers the camera lens with tape on his computer should tell you all you need to know!

My advice, disconnect your camera via the USB socket when you are not using your webcam; or, if its an inbuilt laptop webcam, disable it via your task manager (Cntl-Alt-Delete opens task manager), then disable the webcam by turning off (End Task command) the appropriate background application. If you are not sure, there are lots of advice you can find via Google, for example:

I started getting emails several months ago saying they had recorded me watching pornography {among other things} and had access to all my email addresses. They said if I didn't sent them £800 they would send recordings of what they suggested I was doing and watching to all my contacts, that included family and friends.

I knew straight away that it was a con because although they had an old password of mine that I'd changed a few years ago (probably lifted from an old game account from an insecure gaming server), there was no way they had done what they said they had done because for one I don't watch pornography online and secondly I always unplug my webcam when not in use. (I only use it when talking to online friends).

I mentioned this to a cousin of mine and he said he'd received exactly the same message. I continued to receive the same email, though with slightly different wording several times until it ended.

I think this scam started shortly after a film had been shown on national TV about a young guy who was doing what these scum had suggested I was doing and had then been blackmailed, (I can't remember the name of the film)

I can barely get the webcam to work when I want it to - it's so temperamental! Seriously, people - think about it - if anyone can hack into your computer to see inside your room, they'd be far more interested in your bank details and other important data, wouldn't they? We don't have the same paranoia about the large windows of our houses, after all, and people can definitely see in if they try hard enough.

Yes I've got for the bit of paper over the webcam approach too. Simple to do.

Nothing surprises me nowadays it’s horrendous the things these ppl can get into: we don’t use a webcam but do use social media not Facebook but the others are in use, we are being watched from all sides

If someone is looking at you through your actual window there is every likelihood that you will see them and, at the very least, close the blinds.

Slightly more worrying is that “they” seem to be able to hear what is being said. I was talking to my OH and said that we could do with new curtains. Immediately ads for curtains popped up. Tried different suggestions and the same thing happened!

Anyone looking at my webcam will either see my face or my bookshelf, doubt they will be interested in either.

I reiterate - if a hacker got as far as your cam lens, their view of your room should be the least of your worries.

I'd heard of this before and have a piece of paper over the webcam on my laptop - I didn't realise you could actually switch it off until I read this forum. It is now switched off.
Thank you all

Our camera is on the garage looking down our drive so it cannot film us. It usually only picks up our cats & a few foxes but someone did come down our drive a few weeks ago - presumably to try & get into our garage- he looked up & saw it- it lights up when activated- & he made a very quick exit!

It’s worrying that there is always a scammer who’s one step ahead.

I always cover my webcam screen with a strip of tape, you can't be too careful.

My late daughter was a cyber security analyst and would not have anything to do with Facebook. In her opinion it is a licence for anyone to snoop on everything in your life.

Always keep the camera lense covered with tape for security as they can get into your system and see what you are doing, better to be safe than sorry.

Putting tape over the camera does not stop the sound being picked up. Isn't it still possible for them to hear what the camera hears?

Thanks for reminding me about this! I taped over the lens on my ipad ages ago and have just this minute used some tape to cover up the webcam lens here on my laptop! I live alone so I imagine that even the most dedicated hacker might get fed up with listening to me playing with the dog or talking to my friend on the phone about our various ailments {grin]

Thank you for your helpful replies. I have disabled the camera again. The last time I put one of those small round plasters over it and some websites denied access, so I disabled it. I turned it on again to help GS with his homework, and was uncomfortable with the pop-up messages that someone/an app somewhere was activating it. So it's off.

Sussexborn the same happened to me. My D and I had been chatting about something and the next thing adverts appeared on screen. Very unnerving I agree.

I use an iPad most of the time and hadn’t even thought about the camera being a “security problem”. 😱. I only ever use it to FaceTime my family, when it is obviously very useful. Is there a way to stop the iPad camera allowing visual and audible access to my home when I’m not using it, without making FT impossible? 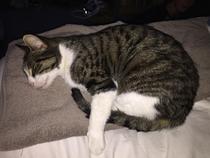 I used to have a neighbour, long before the advent of webcams who believed people could see into her home.

When I asked her how this was possible she said she didn't know but it was obvious they could because she could see into Annie Walker's pub and Ena Sharples' house.

I thought she was a little loopy but since that time I have met several people, sane and sensible apparrently, who think exactly the same.

It's barmy, a little like the thousands who flood studios with wedding or baby gifts when one of the characters (not the actors) is about to marry or have a child.

I turn my computer off when not in use. If anyone hacks into it whilst I'm sitting here, all they'll see is my ugly mug and my spare bed in the background. Wildly exciting.

Last evening we were discussing our (hopeful) plans for a holiday in Uganda. My iPad was active on it’s stand next to me as I’d also been posting remarks to my DD1 on FB (I can multi-task!). I started ready out details of a place in Tanzania from a brochure I was flicking through. Within a minute a post popped up on FB on the iPad next to me for Tanzanian safaris. Coincidence?

Blast from the past.

Chris Pincher has had whip removed

Why is Keir Starmer trying to put so many voters off?

Looking for some advice