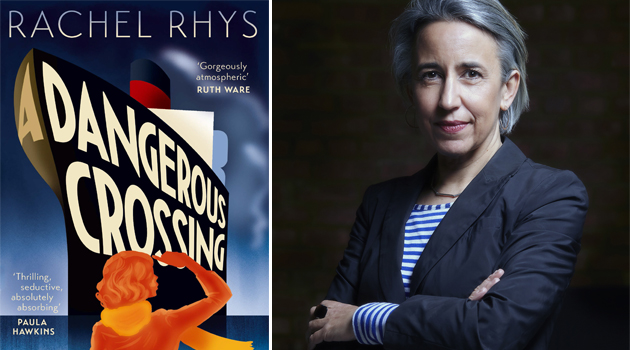 Our book club choice for April is from Rachel Rhys, a new voice in fiction who has reinvigorated Golden Age crime. A mystery set in 1939 as an ocean liner travels between London and Sydney, crime thriller A Dangerous Crossing is a stunning, atmospheric novel of deceit inspired by the real life of a young girl who went to sea.

1939: Europe is on the brink of war. Young Lily Shepherd boards an ocean liner for Australia. She is on her way, she hopes, to a new life, leaving behind the shadows in her past. On board she is greeted with new experiences - a band, cocktails, fancy dress balls. It is a time when she is beholden to no one.

But everyone on board isn’t what they seem. Rich and hedonistic Max and Eliza have escaped a tragedy of their own, mysterious and flirtatious Edward has a dark secret and fascist George is running away from tragedy and scandal even greater than Lily’s.

As they embark on their passage, by way of Naples, Cairo and Ceylon, one by one the tensions surface. As the ship’s glamour fades, the stage is set for something terrible to happen.

Rachel Rhys is the pen-name of a successful psychological suspense author. A Dangerous Crossing is her debut novel under this name and is inspired by a real life account of a 1930s ocean voyage. Rachel Rhys lives in North London with her family.

A Dangerous Crossing is published by Doubleday. Please don't forget that if you go receive one of the free copies you will need to add your questions and comments for Rachel to the thread by the end of April.