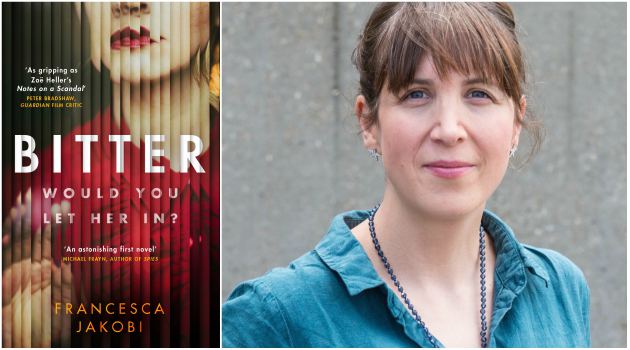 A darkly compelling, brilliantly moving story, Bitter is the debut novel by Francesca Jakobi and our book club pick for November.

London, 1969. Gilda, twice divorced, is consumed by the mistakes of her past as the summer of love lingers on. She left her beloved son, Reuben, when he was a little boy and fears that he will never forgive her. Yet she hopes desperately that they can mend their shattered relationship.

An unwanted daughter sent to an English boarding school from her wealthy German Jewish home during the rise of Nazism, Gilda has never understood love. Her father married her to a business associate when she was 17 and she lived a comfortable but isolated life in Surrey. The arrival of her son both terrified and enthralled her. But when at last she did find love with another man, she was faced with a terrible choice between her son and her own happiness.

When Reuben marries a petite, blond Gentile, Gilda takes it as the final rejection. Her cold, distant son seems transformed by love, a love he has never shown her. What does his new wife have that she doesn’t? Gilda develops an obsession that will bring shocking truths from the past to light.

“Gloriously sinister and yet, when you least expect it, quietly heartbreaking” – Nicci Cloake

Francesca Jakobi studied psychology at the University of Sussex, followed by a stint teaching English in Turkey and the Czech Republic. On returning to her native London she took a job as a reporter on a local newspaper and has worked in journalism ever since. She is currently a layout editor at the Financial Times.

Bitter is published by Weidenfeld & Nicolson and is available online and from all good booksellers. If you do receive a free copy, we'll need you to add your questions and comments for Francesca to the thread (coming soon!).

Wake up to coronavirus, Britain!