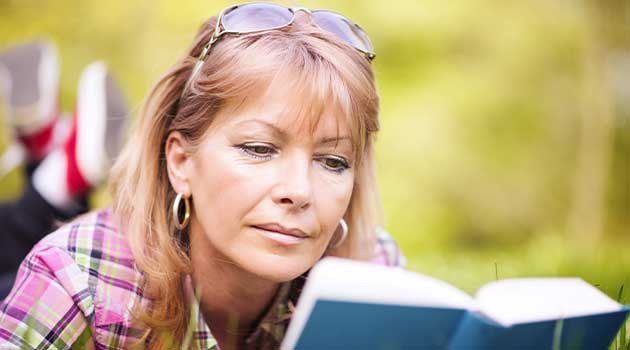 Along with many women of a certain age, I have long been frustrated with the perception that you are essentially past it the minute you hit 40. It couldn’t be further from reality; if proof were needed, you only have to look at our Gransnet forums to see how many women remain active, busy and vital into their 70s and beyond. So why is it that so many films, television programmes and books fail to reflect that, preferring to perpetuate the same tired old clichés instead?
If I’ve read one novel showing a woman in her 50s or 60s stabbing blindly at a smartphone, I’ve read a dozen (those same women only ever able to post something on social media after recruiting their sons/grandsons/the young lad next door to show them the ropes. Sigh). The stereotypes are insulting, though there is a definite irony in the fact that so many female characters appear to be baffled by technology, when middle aged/older women buy their books online more than anywhere else (75%).

And while we are on the subject of overused tropes…why is it that so many females in fiction seem to renounce career, ambition, sex and desire long before their time?

The world has moved on – and it’s essential to see that reflected in the books that we read, particularly given the fact that women over 45 buy more fiction than any other group, with the vast majority (84%) reading every day.

This is why, together with HQ (HarperCollins), we felt the time had come to do something about it, and to understand how women over 40 really do feel about their portrayal in fiction.

More than half felt that older women in novels tend to fall into clichéd roles. Almost half felt there are not enough books about middle-aged or older women. But given the enthusiasm of this demographic (and their spending power – according to Campaign research, 80% of the UK’s disposable income is controlled by the over 50s), surely this is an audience publishers should be aiming to please, rather than alienate?

Our survey of over 1,000 women aged 40+ showed clearly that most want to read about characters they can identify with – their age matters far less than their personality or values. We need to see middle-aged and older women portrayed as active and vibrant, to reflect the fact that many are working (after all, women over 55 are the fastest growing demographic in the workplace), and that their libidos haven’t vanished without a trace. Indeed, more than twice as many respondents said reading sex scenes made them feel turned on or excited than those who feel embarrassed or uncomfortable. Too many felt that older women are portrayed as "uninterested" in sex or "desperate", rather than sexy.

Dame Jacqueline Wilson could not agree more: “I think there’s a gaping hole in fiction nowadays. There are marvellous young women heroines – but where are us older ladies? We are passionate readers but rarely find a main female character who is middle-aged or older, and yet still witty, interesting, stylish and leading a busy complicated life. The few fictional mature women I can think of are either ill, demented or bitter! It’s so reassuring to identify with a character and her life – so it would be great to discover a few new role models.”

The time has come to recognise that we are an ageing society, and fiction needs to reflect a new reality. 50 is not old – it’s barely middle-aged (something overwhelmingly borne out in our survey), so let’s stop with the clichés that assume that life changes dramatically the moment the first grey hair appears. As Sunday Times bestselling author Sarah Morgan points out, “There is a real need for stories that have relevance to women of all ages. Women are interesting and they don’t stop being interesting when they reach 40. As a writer, working with a multigenerational cast allows me to explore a broader range of issues and relationships. That’s exciting!”

Indeed, it’s also important to recognise that middle-aged and older women like to read a range of fiction, from crime and thrillers to stories about travel and friendship and everything in between. We don’t want to be typecast in our reading choices, any more than we do in any other area of our lives. 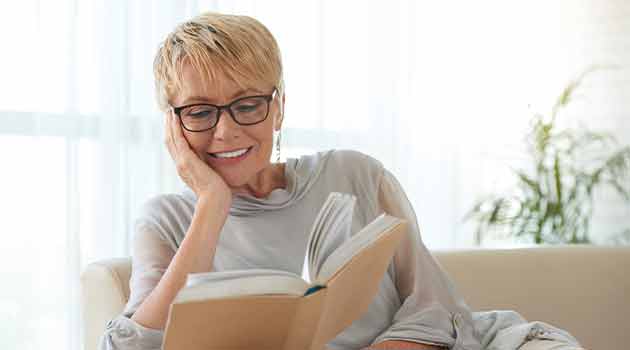 This is only the start of the conversation, and it’s now vital to keep it going, to build on what we have learned. A competition, run by Gransnet and HQ off the back of our research to find a new, unpublished women writer aged 40+, has been the first step in taking it forward and it’s been hugely exciting to uncover a new talent whose work encompasses all this and more. Our winner, Jane Bettany, has perfectly captured the essence of what it means to be a middle-aged woman, torn between the demands of career and family. Her novel is both original and compelling: it encapsulates exactly what we hoped to find when we launched this competition.

DD yet more heartbreak. Why always her?

Queen offered Meghan Markle to not be working royal before she married Harry.

Are there any Gransnetters in New Zealand?