The Keeper of Lost Things 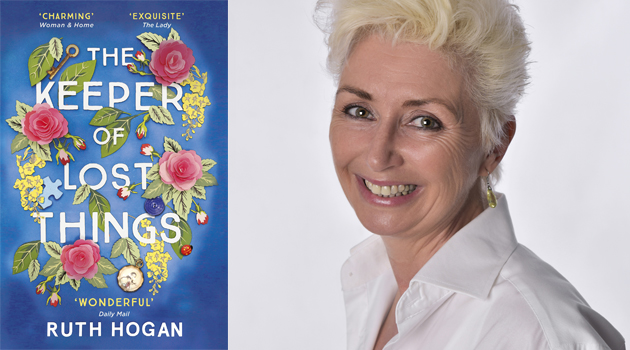 We're all just waiting to be found... The Keeper of Lost Things is an irresistible debut novel of lost objects and second chances, in the vein of The Unlikely Pilgrimage of Harold Fry and The Rosie Project, and our book of the month for August.

Meet the Keeper of Lost Things...

Once a celebrated author of short stories now in his twilight years, Anthony Peardew has spent half his life collecting lost objects, trying to atone for a promise broken many years before.

Realising he is running out of time, he leaves his house and all its lost treasures to his assistant Laura, the one person he can trust to fulfil his legacy and reunite the thousands of objects with their rightful owners.

But the final wishes of the Keeper of Lost Things have unforeseen repercussions which trigger a most serendipitous series of encounters.

"Hogan's touching, funny and romantic debut is that rare and precious thing: a real story with brilliant characters" Daily Mail

"One is beguiled by its old-fashioned sweetness" Mail on Sunday

"From the attention-grabbing opening paragraph, to the joyful conclusion, Ruth Hogan has stirred together a charming fairytale in which the people may be more lost than the things; and generosity and compassion may be the key to finding a way home. Also there are dogs. Delightful" Helen Simonson, author of Major Pettigrew's Last Stand

Ruth Hogan was born in Bedford, in the house where her parents still live. As a child she read everything she could lay her hands on: her favourite reads were The Moomintrolls, The Lion, The Witch and The Wardrobe, the back of cereal packets, and gravestones. She studied English and Drama at Goldsmiths College and then got a 'proper' job, but when a car accident left her unable to work full-time, she decided to start writing seriously. In 2012 she was diagnosed with cancer. As chemo kept her up all night, she passed the time writing, and the eventual result was her debut The Keeper of Lost Things. A Beginner's Guide to Drowning, Ruth's second novel, will be published next year. She lives in a chaotic Victorian house with an assortment of rescue dogs and her long-suffering husband.

The Keeper of Lost Things is published by Hodder & Stoughton and is available online and from all good booksellers. If you receive a free copy, please add your questions and comments for Ruth to the thread by the end of August.

Shave or not to shave? I’m as nature intended. Do you go Brazilian, have a landing strip or let it all hang out.