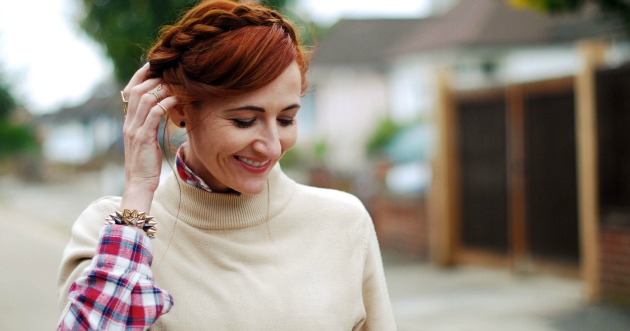 Have you ever found yourself getting dressed, or shopping, and wondered "Am I too old to wear this?" The answer to that question, according to fashion blogger Catherine Summers, is no. As the media's lists of style dos and don'ts for older women seem to become never-ending, we hear from the Not Dressed As Lamb founder, who, quite frankly, couldn't care less.

At the beginning of August I launched a style challenge on Instagram called 'I will wear what I like', where I encouraged women to share photos of themselves wearing items of clothing that we'd been told we shouldn't wear past a certain age. The list of banned items was inspired by an article listing exactly that: What women shouldn't wear after the age of 30.

In my four years as a style blogger photographing and publishing the outfits I wear, I've read many articles - with equal measures of hilarity and irritation - listing items of clothing that are supposedly off limits for older women. Not by bloggers themselves, but by the media, for whom a woman's age (whether in a positive or negative sense) is discussed endlessly. And I'm glad to say that women are basically having none of it, judging by the vitriolic reactions that this article received.

It's made me realise that attitudes are definitely changing, both towards women's clothing and what women themselves think about what they wear. 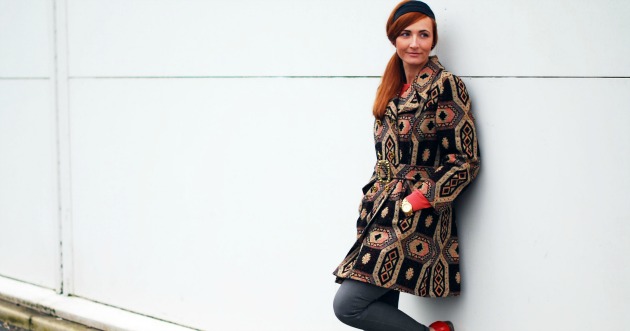 However, it's also got me thinking that the attitudes on social media are one thing, but they are not necessarily the same as those of the general population who don’t use Facebook or Instagram. I think we, as bloggers, often forget that not everyone is online sharing photos of themselves and what they wear every day. Many women do not have any idea that this notion of embracing your own style (whatever it may be) where you ignore all those ridiculous 'age appropriate' rules even exists.

"Many women do not have any idea that this notion of embracing your own style (whatever it may be) where you ignore all those ridiculous 'age appropriate' rules even exists."

The average woman on the street's attitude to what she is supposed to wear in her thirties, forties, fifties, etc. is probably no different to what it was 15 or 20 years ago, i.e. pre-internet. We're doing a lot to let people know that it's okay to break the rules because, you know what? Wearing a crop top at the age of 40 doesn't really have that much of a consequence for other people. Wear skirts above the knee if you want. Leather trousers aren't just for the teens and 20-somethings, because they look great (and, in my opinion, better) on older women.

I always maintain that you should dress appropriately for the occasion, not your age.

I've been wondering where this age-restrictive attitude to dressing ever came from. I think the fear of what others will say about what they're wearing is the biggest thing that holds women back. Yet as I heard a well-known personality say once (in a live stage show): 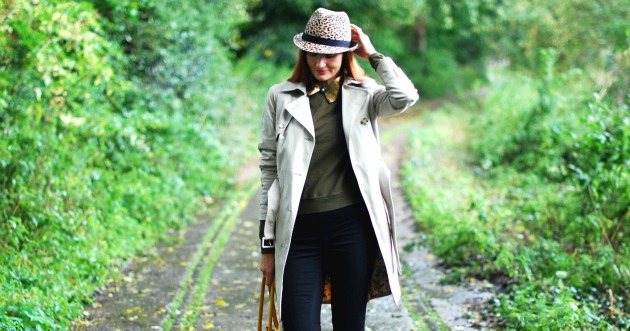 He went on to say that he meant it in the nicest way - of course they care about you - but if what you do doesn't have any major impact on their lives, then they're really not that bothered.

I thought, therefore, is this why older women often shy away from wearing bolder clothes? Or even from dressing smartly, fashionably, classically - in other words however they really want to dress - because they're afraid of what others might think about them?

I can understand this attitude amongst teenagers: You're at your most impressionable in your teens. You're trying to work out your place in the world and trying to shape yourself as a human being. Many teenagers embrace individuality with aplomb, but probably the majority of them run with the crowd and dress like their peers because they care what others think; they don't even know themselves yet.

"The things that we do [and, for the purposes of this article, wear] have, for the most part, absolutely no consequence to those around you…"

But when that attitude of wondering what our friends, our partners, our neighbours (heck, even our parents) will think of our clothes affects how we dress, it makes me a little sad. We're old enough and grown up enough to make major decisions about our children, our mortgages, our careers, our finances - why we then worry about something as comparatively unimportant as what others think of the clothes we wear doesn't make sense at all.

At the age of 43 I've long since stopped worrying about what others think about my dress sense. I certainly wouldn't be posting pictures of what I wear on the internet if I did.

I'm not saying that all women should wear crazy, bold clothes as they get older - far from it. I just support the idea that women should be be allowed to wear whatever they please, whether it be a cashmere twinset and pearls or a pair of distressed jeans with studded platform boots. They need to be free of the notion that lists like '24 things women should stop wearing after the age of 30' are the sort of articles that they should be looking to for guidance.

So I applaud the wonderful ladies that really do wear whatever they like. By wearing all those things that they're not "supposed" to wear they have lost, or are losing, their inhibitions. And with that, they are losing their concerns over what others will think about them.

We have enough things to worry about in our lives without wondering whether we can 'get away with' shorter hemlines or leather any more.

Better to be talked about than not at all, that’s what I always say.

Find out more about Catherine, or vote for her in the Bloggers' Lounger Blogger of the Year Award, here, and let us know what you think about society's 'style rules' for older women here. 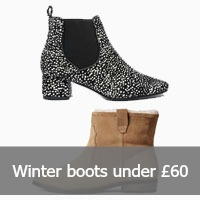 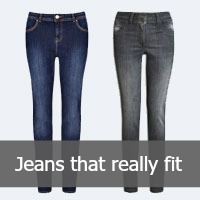 If you were to appear on Mastermind what would your specialist subject be? Lighthearted😉