A survey of 1,028 Gransnet and Mumsnet users aged over 50 has revealed how they feel about advertisers and advertising.

Our editor, Lara Crisp, recently spoke at the Decoded Future conference on this subject. You can download her presentation on advertising to over 50s here.

Nearly two-thirds (62%) believe they are ignored because advertisers are too young to understand the 50+ demographic. It leaves them feeling “ignored”.

"I don't feel any different now inside than I did when I was in my 20s. I still want to know about this summer’s hottest fashion look, what new songs are playing on the radio and this season’s must-see new film." Survey respondent

"You'd think people over 50 were only interested in life insurance and the cost of funerals." Survey respondent

Brands may be missing out on millions of pounds

The over 50s is a market that advertisers ignore at their peril. Almost half (49%) said they actively avoid brands who ignore them, while 69% said that if advertising were more representative of those in their age group, they would be more receptive to them. It means advertisers could be missing out on millions of pounds given that the majority of those in their 50s, 60s and 70s said they have more disposable income now than at most other life stages.

Gransnet Editor Lara Crisp said: "If advertisers want to talk to the over 50s - who have more disposable income than any other age group - they need to start by listening to them. It’s just plain odd for marketers to assume that there’s an upper age-limit when it comes to having an interest in technology, fashion or blockbuster films."

Read the full breakdown of our survey results here. 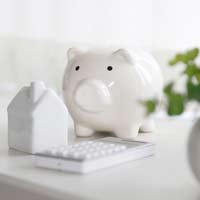 The best discounts for over 60s What are grandparents' rights?