Relationships after bereavement, divorce or separation

We teamed up with Relate to explore romantic relationships after bereavement, divorce and separation. How and when do older people move on? Do they move on? And just how easy is it to fit a new partner into an existing family? Here's what we found. 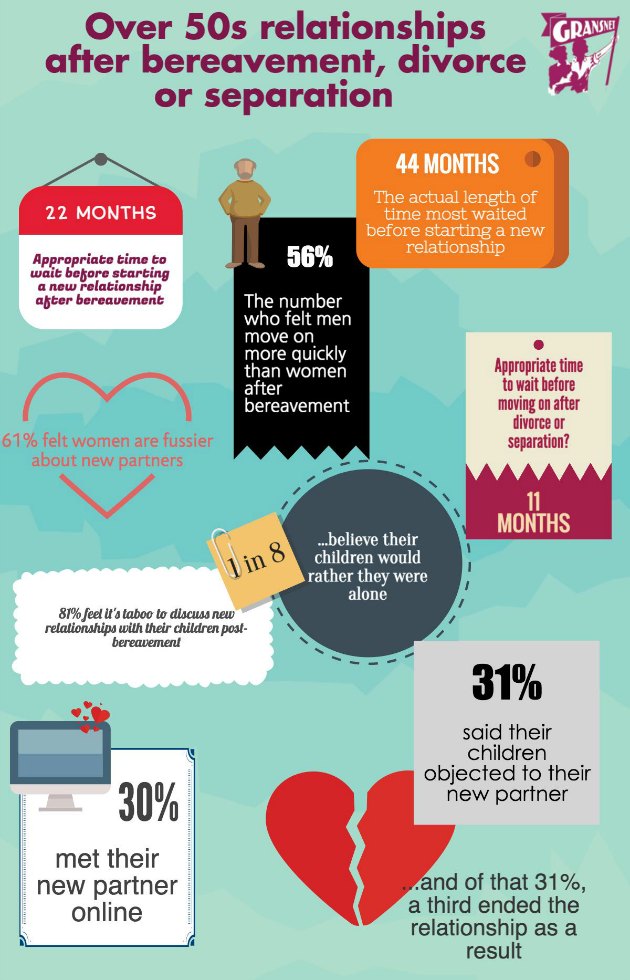 How long before moving on?

The survey found that, on average, respondents believe that nearly two years (22 months) is an appropriate length of time to wait before starting a new relationship after the death of a partner, although the actual time those who had lost a partner and then started a new relationship waited was nearly four years (44 months).

Those surveyed felt that it was acceptable to move on more rapidly following divorce or separation: 11 months, on average. Nearly two thirds (60%) have not broached with their partner the subject of how long it would be reasonable to wait before moving on romantically.

In general, respondents felt that men move on more quickly to new relationships than women, both after bereavement (56%) and after separation or divorce (67%). Almost two thirds (61%) felt that newly single older women were fussier about their choice of new partners than men in the same position.

What your children think...

The survey also explored the impact that building new romantic relationships in later life has on respondents' children. Of those with adult children who had found themselves single: Nearly a third (31%) said that their children objected to their new partner, or potential partners. More than one in eight said they believed that their children would rather they were alone than had a new partner.

Over half of those who had a child who objected to their new relationship said a personality clash between their child and new partner created conflict.

Other causes of tension were children worrying that the new partner was trying to replace the parent they lost, concerns about a new partner's intentions, inheritance, and children feeling hurt that their parent had moved on too quickly.

8% consider it taboo to discuss finding new relationships with their children after losing a partner; 51% are happy to openly discuss this with friends, while only 29% felt they could openly have the same conversation with their children.

For around a third of those who had children objecting, family tensions around their new partner were so bad that they ended the relationship.

How you meet new partners

Single grandparents are embracing dating sites, with a third 30% of those who started a relationship in later life met their partner via online dating.

"The survey shows that finding love in later life is tricky enough, without having the added headache of dealing with the disapproval of family members. It's interesting to see what a huge part being online has in finding love in later life with so many people finding new partners through online dating. Our users often discuss relationship issues on the forums and it's great to have that online support and insight from peers, especially when talking to family members in real life may be uncomfortable."

"The survey results have given us a very interesting insight into the challenges people face moving on romantically in later life. But it's important to remember that every person and couple is unique, and that there are no fixed rules about how long it takes to get over things. Learning from experience can be invaluable, and can help to lead towards happy, healthy future relationships - so it's important for newly single people to think carefully about they want from a new partner."

If you think you're ready to start searching for potential new friends and partners, then Find Companionship has a large community of like-minded people who are waiting to say hello.

Relate provides impartial and non-judgmental support for people of all ages, at all stages of couple, family and social relationships. For more information and advice, visit them here. 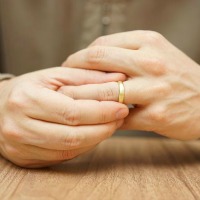 Sex and relationships in later life

Any advice for helping my situation