Mother of the groom etiquette and advice 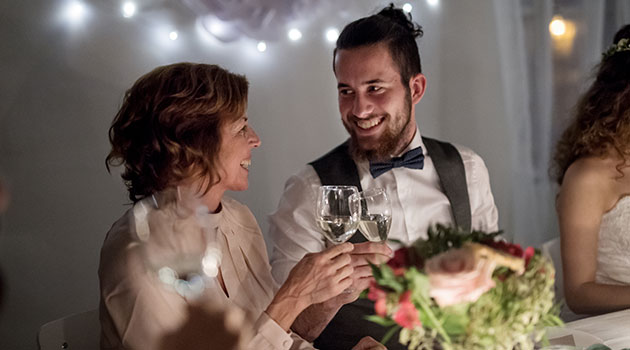 Your son is getting married... but one thing you might already have discovered is that being mother of the groom isn't always easy. The role of mother of the bride is clearly defined but when you are the groom's mum, it's often less clear-cut. You want to be supportive and get involved in the wedding planning - but what happens when your offers of help are met with a less-than-enthusiastic response?

From feeling left out in the run-up to the big occasion, to what to wear, to the mother/son dance, many gransnetters have already been there and done that. Here's their advice for enjoying the day - and overcoming any little issues that might crop up.

Get daily life and style advice delivered directly to your inbox...

1. Feeling excluded from the planning

"When my son got married, I felt a bit left out and got a bit offended because I felt my daughter-in-law was not involving me. My daughter pointed out that perhaps I should offer my help - let my daughter-in-law know that if she needed me to do anything I was there, but not push myself on her. In the end, my daughter-in-law asked me to do some small things. I realised I had sat back just waiting to feel offended and I think some women do this quite often instead of just speaking up." 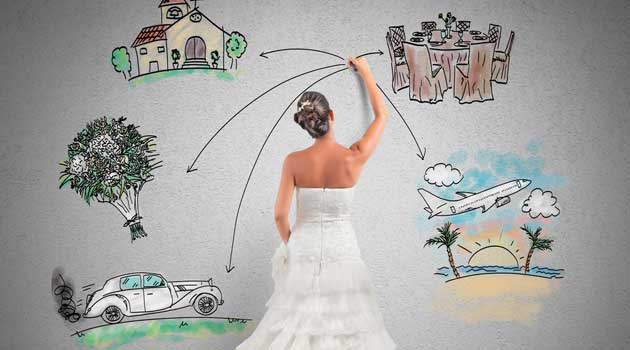 As mother of the bride there are countless ways to be involved in the exciting planning process of a wedding. Hunting for the dress, cake-tasting, hen parties, helping with the flowers... But as mother of the groom, well, the checklist is often a bit shorter. However, you could offer your assistance with tasks such as the menu and the oh-so-tricky seating plan - fiddly additions which no doubt you'll receive huge gratitude for helping with. You'll also most likely be expected to stand alongside the bride and mother of the bride to greet guests when they arrive, giving you the perfect chance to work your charm and really shine on your son's big day.

Gransnetters acknowledge that while there's probably no real intention to cause offence, it can still be a little disappointing. If, say, the bride didn't want to partake in your family's traditions, naturally you're going to feel a pang of pain as something that seems small to her is a lot bigger in your eyes. But rather than take umbrage at a slight that, almost certainly, was completely unintentional, try your best to keep your thoughts to yourself.

When it comes to being left out of the planning, it may be that they didn't realise you were ready and willing to pitch in, in which case you can lend a hand as needed. The important thing here is to communicate - let them know you're available and get stuck in when they realise they have yards of bunting still to be made, or centrepieces still to be sourced!

"Enjoy the preparations. I know I will. Every time I think of my boy walking down the aisle with this girl, I get very tearful." 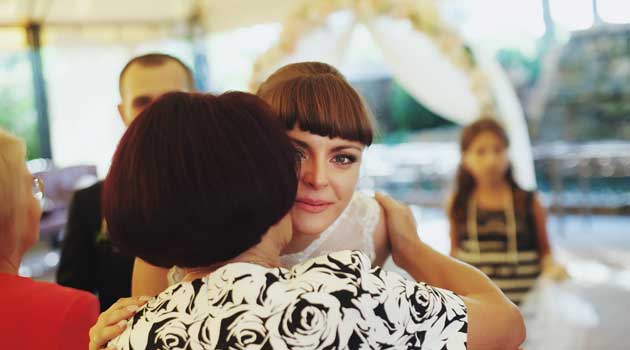 Mothers-in-law (on both sides, we must admit) have been dogged by a battleaxe reputation throughout the ages. Since many gransnetters either sing the praises of their sons' partners, or, at the very least, appreciate them for the wonderful wives they make, we reckon the old trope of 'wicked mother-in-law' is undeserved and outdated.

And if you do find yourself feeling less than charitable towards your future daughter-in-law because the wedding preparations have left you feeling slighted, remember that this is the woman your son has chosen - and that fact alone is compelling motivation for cultivating a good relationship with her and enjoying their wedding day to the full.

"I am trying not to 'give advice'. Being a veteran of three previous children's wedding arrangements, I realise that this is rather difficult, but the new bride and groom have to do it wonderfully in their own style." 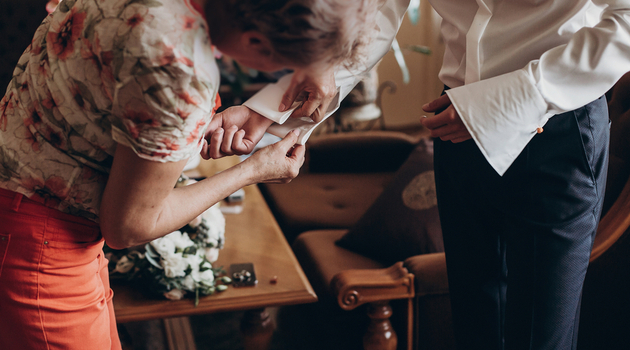 This is an important one. You may have planned and attended countless weddings in the past, but before plumbing the depths of your well of knowledge, keep in mind that this is one of the most important things that the bride and groom will ever organise - and that it is theirs to organise.

Often, the best course of action is to freely offer your help, give advice when asked, but bite your tongue otherwise. If there's something you really do feel you should offer an opinion on, have a quiet word with your son - gently, and only once - but do it tactfully so as to not appear pushy. You might find that taking a step back may lead to them involving you more than you thought they would.

4. Mother of the groom outfits

"One concern as the mother of the groom is what to wear, as my day-to-day routine consists of jeans and T-shirts. I don't even own a dress." 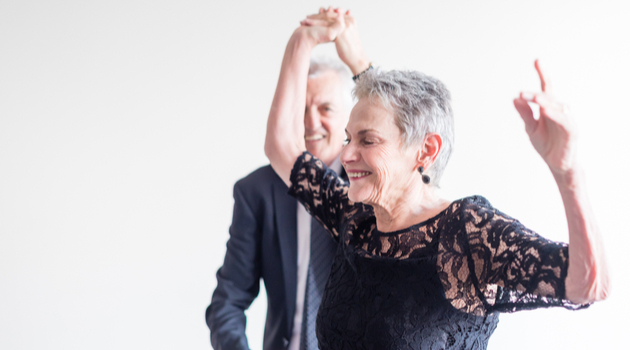 You may be among those who don't even own a dress, but don't call in the cavalry just yet. The main criteria for finding a mother of the groom outfit are these:

One concern that comes up often is which colour to go with. What is the mother of the groom etiquette when it comes to choosing your colour palette? The short answer is, if you're unsure whether you'll clash with the colour scheme - or the mother of the bride - just ask. One or two quick phone calls and you'll either have the go-ahead to wear exactly what you like, or know exactly which colours to avoid.

After all, you really don't want to turn up in the same Hobbs ensemble as the bride's mother! Good places to find stylish but affordable outfits include Jacques Vert, Marks and Spencer and JD Williams.

This is also a good way to get to know the mother of the bride, if you don't already. You never know: you may end up being the best of friends.

5. Feeling left out on the day

"As the husband's mother I think you often have to expect to be overlooked and just shrug your shoulders and get on with it." 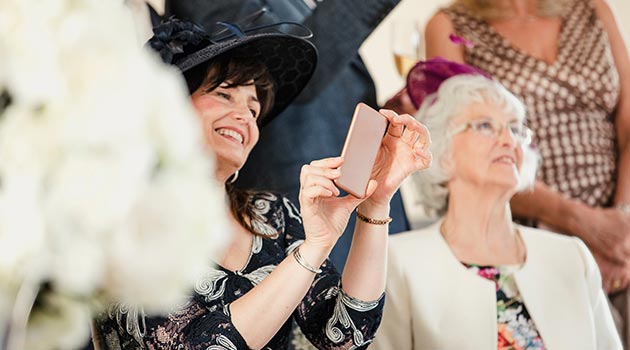 It's a truth agreed upon by most gransnetters who have been mothers of the groom that it's easy to get overlooked on the day. A lot of the focus is on the bride and, if her mother is still around, she will usually turn to her to help her get ready and soothe her nerves. Men tend to have less pampering and preening to tick off their list, so don't feel the need to ask for any help.

One thing that gransnetters all agree on is that making a fuss - or even, sometimes, mentioning anything at all - is not a good idea. While the exclusion may sting a little, it's highly unlikely that the bride is engaging in any deliberate snubbing. Yes, it's much easier said than done, but take a deep breath, try not to take it personally, and remain interested and available should you be needed.

6. Being left out of the speeches

"My daughter-in-law thanked everyone else in her speech...everyone except me. I wasn't even mentioned. I felt really put out." 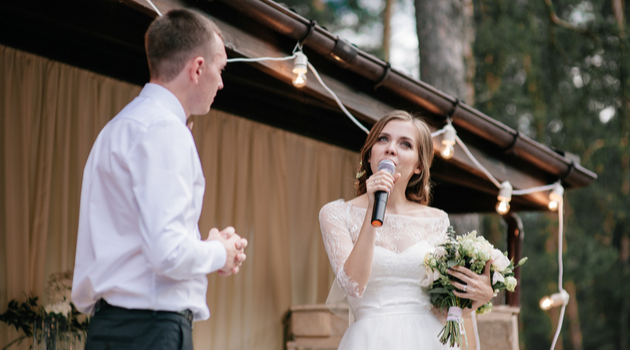 Ah, the wedding speech: breeding ground for hurt, disappointment and often boredom if the father-in-law clutches the mic for any longer than half an hour. There's no surefire way to make sure the proper thank yous are included, and indeed no one should have to ensure they are thanked properly for their help and input into such a monumental day for a couple. It's simply bad manners to exclude anyone as important as a parent, especially if they did contribute to the day.

However, if, when the final glass is raised, you find that your name didn't feature in any of the speeches, move on. It sounds harsh, but raising the subject with the bride or groom - at any point - will likely do no good. There is no going back after a speech is made. What's done is done, and the best thing you can do is shrug your shoulders and let it go. Preferably on the dance floor to a bit of Van Morrison with a glass of bubbly in hand. 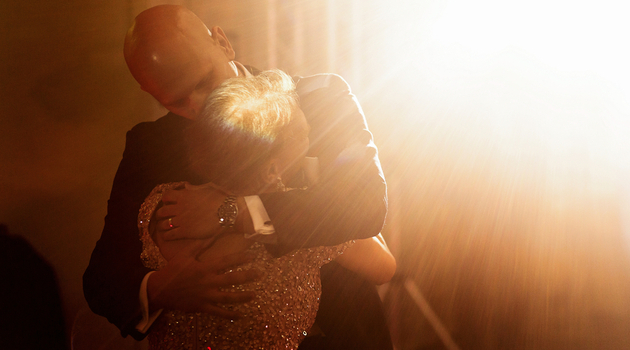 So with that in mind, you could simply ask ahead to check whether a mother and son dance will be happening, which may indeed be a lovely addition for all guests to witness. Try not to take it personally if the couple aren't planning to include it though. A small dance together later as the reception evening commences might well be a great alternative. 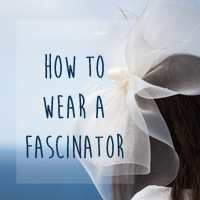 How to wear a fascinator 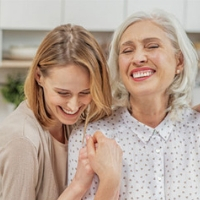 Building a positive relationship with your daughter-in-law

A sad bunch of Birthday Flowers

How to forgive oneself?