The Second World War and Great Britain - we were not alone

We never really stood fully alone, though 1940 may have seemed that way. We owe a huge debt to many countries, some of which lost hundreds of thousand - even millions - of lives. Countries like Russia, the US, Canada, Australia, New Zealand, Belgium, Czechoslovakia, France, Holland, Norway, Poland, India, Nepal, China and the old African colonies. Even Italy, which fought the Nazis after surrendering to the Allies.

PS - I served proudly as a British Army officer for over 20 years, and am patriotic, but, as an ardent Remainer, I am sick and tired of Leaver revisions of history and other Brexiter lies and misinformation. Britain fought bravely and had a dreadful time during WW2 - and afterwards - but others had it far worse, as official casualty figures (military and civilian) and war damage cost figures for the other participants attest (one only has to look at Soviet losses to get the idea ... en.m.wikipedia.org/wiki/World_War_II_casualties). Britain neither stood alone nor could she have won or survived alone.

PPPS Here is the list of foreign-manned squadrons of the RAF, men who stood with the UK while the UK supposedly "stood alone". And this list does not include the nations of the British Empire itself.

I hardly think GN needs a Swiss National to tell us what happened during the last war.

I think leaving the EU is seriously affecting some posters judgements.

It was posted by an ex British Army Officer today- to counter some of the ridiculous statements oft made recently in support of Brexit and No Deal:

' This post is for all those who complacently - even gloatingly - say things like "We stood and won WW2 alone" and "We survived rationing without help during WW2, Brexit will be a piece of cake".

WW2 started in 1939. Britain tried to save Belgium and France by fighting alongside them, but failed and was forced into an heroic retreat (Dunkirk). She also tried, but failed, to help Norway. She was booted out of Crete and Greece.

The Battle of Britain was heroic and a close run thing, with RAF fighter command bolstered by many pilots from France, Eastern Europe, the US and the Empire. North Africa was a close run thing, but although supported by South Africa and other Empire forces and having fought many heroic battles, final victory was only possible after US forces reinforced ours from the west.

Britain was evicted from all her Far East colonies, as were the Dutch and French from theirs. Only British India was saved, with huge numbers of Indian and Gurkha troops supporting ours - and US air support. The US finally beat the Japanese in 1945, with allied support, including British, Dutch, ANZAC and Chinese - finally resorting to the use of atomic bombs.

The real land war to reclaim Europe couldn't begin until the 1944, when sufficient US and Canadian forces had been built up in the UK, Allied forces - including Poles and Africans had advanced north in Italy, and the huge Russian military machine had swung onto a westward offensive. D-Day and subsequent operations involved British, American, Empire and other Allied forces (including Poles), and resistance fighters, all courageous and costly. Without Russia, the war would have dragged on for years longer, and without America, not won at all.

RAF bomber command played a huge role in subduing Nazi Germany for the bulk of the war, but was almost dwarfed by the huge USAF.

At sea, the RN valiantly fought in most maritime theatres of war, notably - and increasingly effectively - protecting huge conveys of US supplies to Britain in the Atlantic and allied supplies to Russia. It also destroyed a number of enemy capital ships, helped with various blockades and the relief of Malta.

WW2 ended in allied victory in 1945, but, while Britain was valiant and resilient, the 'heavy lifting' fell mainly to the US and Russia. '

I disagree ,we need people to realise how many of our European friends lost their lives too and who fought beside us.I know Polish people who came here during an d after WW11 ,They are horrified by some remarks on social media saying Poles go home etc .Maybe the generation beneath us doesn't understand that Hitler would have won if these men and women hadn't been involved.Our losses may have been high but as the OP states many were much higher.Maybe then they would see that IMMIGRATION isn't bad but essential to our wellbeing ,in many ways .

Jura I am reminded of that rather vulgar phrase about eggs and grandmothers. There is not one country on the list you provided where it is not common knowledge that they made their contribution to the success the allies had in defeating Hitler.

Even if people cannot name many specific countries, we always talk of the allied victory in Europe, not the British victory. The phrase 'Britain stood alone' applies to a very short period in 1940, when all other countries in Europe had been occupied by the Germans and we were the only state with a government to speak for us, still standing against Hitler.

Message deleted by Gransnet for breaking our forum guidelines. Replies may also be deleted.

The reason for the post is explained clearly by the writer, who was there and lost friends, and saw it with his own eyes.

' This post is for all those who complacently - even gloatingly - say things like "We stood and won WW2 alone" and "We survived rationing without help during WW2, Brexit will be a piece of cake".'

- because this is what so many say when asked about why they voted for Brexit and still thing it will be the 'best for Britain' - we have survived the war and we will survive this too- and it is nonsense, sorry.

On the contrary, many people on GN need to be educated about the events and our allies in the second world war. I would suggest that it is not common knowledge. If it was, why are so many people keen to leave the EU when membership has been one of the reasons for the long period of peace since 1945.

Sorry, Dinahmo I disagree, it doesn't follow that because people voted leave, they are unaware of our history. They just interprete it differently.

I think arguments like this just exacerbate the divisions between those supporting leave and remain.

I am so fed up with the whole business from start to finish that I have completely opted out of the debate and I am now beyond caring what the result is one way or the other. I doubt it will make much difference to anything.

'^This post is for all those who complacently - even gloatingly - say things like "We stood and^ won WW2 alone" and "We survived rationing without help during WW2, Brexit will be a piece of cake ".'

In all the shenanigans of Brexit, referendums, arguments, marches and thousands of posts on the subject, I have never seen anyone claim that WW11 was won by the British single handedly. On every Remembrance Day the help, support and the lives lost of our Allies has been fully acknowledged and recognised. I feel a mixture of sadness and anger that the lives of British and Allied troops, all lost in WW11, are being trundled out to be picked and argued over for another bloody Brexit thread.

A new low has been reached imo.

Well said Lemongrove and Chewbacca. IMO the OP was being deliberately inflammatory - and all to get a reaction. Poor show

I am indebted to every person who fought in the Second World War and I'm indepted to all who kept the home fires burning. Without their sacrifice and bravery I wouldn't live in the freedom I do today.

However, it is this freedom that allows me to vote as I see fit and I voted to leave the EU.

I'm sure Churchill felt betrayed by the voters when he was ousted in 1945 but he excepted the result.

Jura you really should make it clear when you are quoting from another source, and especially when the quotation makes up an OP.
You should state what the source is, and your reasons for quoting.

I shan’t be reading any more posts on this thread.

For one brief moment I thought that jura had served proudly as a British army officer for over 20 years then I realised what a ridiculous idea that would be.

Do pack it in, jura. The current political situation is causing enough turmoil without your endless witterings.

The witterings are irritating merlot but relatively harmless. But I find it personally upsetting that it could even be suggested that our WW11 Allies are being used as fodder to continue to inflame the Brexit argument. No matter which way we voted; for whatever reason we voted as we did; our Allies shouldn't be dragged in to it.

If there are any GNetters on here who have relatives who came to our aid in WW11, I'd like you to know that I am deeply grateful to them for what they did, and what they gave. The OP does not speak for me.

I never realised that, jura

To be proud of our servicemen/women and civilians who went above and beyond the call of duty often paying the ultimate sacrifice does not in anyways detract from the work and sacrifice of the allied forces.

My Fil did not return in 1945, he was still in active service in Burma.

For some unknown reason it seems that British pride is something to be ashamed of.

Other countries do not hang their head in shame for historical misdeeds.
They stand proud, wave their flag and sing their national song.

The United kingdom (Scotland, England, Wales and NI) is one of the most inventive, charitable and welcoming society in the World.

Sorry, Chewbacca, I should make it clear that my reference to you was in response to:
The witterings are irritating merlot but relatively harmless

not any of your views, but those of the OP. 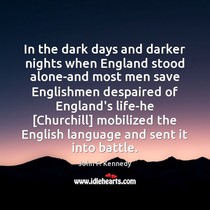 Also annoying is the phrase "In the dark days when England stood alone". Especially when followed by the "Dunkirk Spirit" when the truth was that the Highland Regiments were ordered to fight the rearguard action while the others escaped. The Highlanders were either killed or captured and held as POWs

I don't mind anybody pointing out the number of other countries involved in the war who fought along side of us, the numbers who died, etc when they are doing it in an educational manner or pointing out what a tragedy it was so must never happen again. What I really object to is that anybody should use it as anti-Brexit propaganda. I am very grateful that those that fought on our behalf gave us the freedom to vote Leave.

Covid has a lot to answer for

More ‘British’ TV? What do they mean?

'That' type of husband.