There has been much talk about the slogan ‘Black Lives Matter‘ with many people saying instead that all lives matter. I think it’s a good topic for debate and to gain understanding.

To me, saying ‘all lives matter‘ is to deny that racism exists. It denies the experience of many black people who are not treated as white people would have been. Think of the man who achieved the highest office in America. Would anyone have raised the ‘birther’ question had Barack Obama been white? Saying all lives matter also closes down debate on the issue, suggesting that the very particular problems black communities experience are no different from that of anyone else therefore we shouldn’t talk or do anything about it.

The term ‘black lives matter‘ is not saying that only black lives matter. It means that black lives matter as much as other lives, whether that is in the undue violence meted out to the black community, the discrimination they face in healthcare , employment and housing and in many, many other ways.

I’ll put a link on the next post, explaining why saying all lives matter is wrong. If you only look at one item, please watch All Plates Matter. It sums it up in two minutes. Be part of the solution and not part of the problem.

‘Why you should stop saying ‘all lives matter’.’

Fantastic post SueDonim. I hope it attracts the attention it deserves. The conversation needs to be had. Of course all lives matter but when black lives matter less we need to do something about it.

I posted the following on another thread so hope you don't mind if I post it again, if I get through to one hard heart it will be worth it.
One of my daughters-in-law is of Asian descent, her parents are from India, she was born and brought up in France, her parents sacrificed a lot to give her and her siblings a good education. She came to university in the UK to study English where she met my son. She has the most beautiful French accent when speaking English, she is such a gentle soul, intelligent and wise. She became a teacher in an English city where she used public transport daily to travel to and from school, she was subjected daily to the most vile racial abuse from mainly young white males. She told me that she had suffered the same in her home town of Valence in France.
They emigrated to Australia to escape this disgusting abuse and now their daughter, my sweet, kind and lovely thirteen year old granddaughter is suffering the same ignorant, cruel and nasty abuse and wanted to commit suicide recently when she was pushed to the ground and had dirt rubbed in her face while being told to go back to where she came from.
World over we must stamp this out. Education, education, education.

I think every life is precious. Every single life.

Peardrop I have mixed-race grandchildren too. Thankfully, they’re too young to have yet come across any discrimination and my dil loves life here, but we can never let our guard down.

I think every life is precious. Every single life.

Of course it is. But can you please explain how people saying that black lives matter contradicts this in any way? I may be being dim, but I can't follow the logic at all.

Rosalyn. Did you even read my post and look at the link? Of course all lives are precious but no one says that white lives don’t matter, whereas many people think black lives are of less value. That is why saying black lives matter is important. 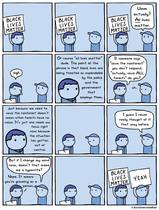 All lives clearly do matter - but at this moment in time that is not in debate. What is happening now is that it is time to focus on racism and its pernicious influence on the world.

My DGD is 7 and has a best friend who is in school with her out in the middle of nowhere and 99.99999% white. GD describes her friend as her twin - which makes us all smile as one is mixed race and the other an English rose - fair hair, blue eyes. My GD is not "colour blind" and has commented on her friend's skin colour - but it is an irrelevance to their friendship.

The local pub (again middle of nowhere and full of locals who go back generations in the one small village) is now run by an Asian couple who are very much part of village life and fully welcomed by all. This in a setting where you might imagine locals might be wary of anyone "different" - but no hint of racism there I am happy to say.

Children are not born racist; they learn this. We have to ask ourselves how and why.

I agree fully with you Sue, maybe we could tag along Care Home Residents Matter in this time of the virus.

Black lives matter is an organisation please check out their website to see what they are about. George sadly wasn't the first killed like that. NYPD: the real gangs of New York is a good BBC document to watch.

You have made sweeping statements about discrimination that black people face when in fact lots of ethnic minorities, disabled could face these discriminations as well. Also the statement many people think black lives are of less value. What people? Who are you referring to? You can't just write things and presume said reader will know whom you are referring to.

In my town which has a very diverse population there was a free soft play area to which children - toddlers - of many races were brought to play. Whenever I had my granddaughter for the day I would take her there to play. It was lovely to see all the little ones playing together. They were just children playing. The parents used to smile, a wave, a nod to each other. Sadly the play area was closed just before covid. I wish all children could grow up in a world with equal chances in life. This is a sad world they are growing up in. My point - children don't know about race - so sad that life changes that. The demonstrations worry me greatly as I fear they will bring about a second wave of coronavirus.

The very fact institutional racism exists is the proof that people don’t value black lives as much other lives. If people were valued equally, there would be no racism. That’s as plain as can be when you look at the way black people are discriminated in many aspects of life both in the US & UK as well as many other countries.

I agree that many others also face discrimination. Merely being a woman is one way of being discriminated against, let alone the many other forms such as mentioned. That isn’t a reason to not battle against one particular form of discrimination, there’s strength in solidarity.

If people stopped talking about racism there wouldn't be any such thing !

Although I agree with parts of what you are writing especially standing together. I don't agree with everything you have written. If people were valued equally then there be no racism then you refer to black discrimination. Ive been verbally attack because I'm white but shall I just forget that.
I fully support BLM because what I have learnt and watched is trully heart breaking.

EllanVannin its funny isnt it i grew up with all ethnic minorities. My best friend from school is black but I never write it down like this because she's my beautiful friend I don't need to. Of course I'm there for her like she's
there for me.

I have faced racism as an English person living in Scotland but, despite it being unpleasant, it isn’t the institutional racism which has led us to today’s situation. We have white privilege on our side whether we acknowledge it or not.

We can stick together and fight against institutional racism but there's too much discrimination to not go broader then that and just stick to one race. I'm white priveledged so it's ok to abuse me. I think im outta here!!!! Although if anyone can recommend any documents on institutional racism in the UK? Give me a shout.

EllanVanin What an astoundingly naive (I'm trying to be polite here) thing to say - "If people stopped talking about racism there wouldn't be any". Are you serious?

It's like saying "if people stopped talking about corruption/domestic violence/cancer, etc, etc, etc, they wouldn't exist. (I did go on a course at Ruskin once where domestic violence was discussed and one woman objected, saying "In my village, we don't have that sort of thing".)

As I, and others, have said on many occasions, racism exists. That is despite some people (predominantly white people) saying everything is fine now, there's no such thing as racism - only people who are either over-sensitive or who dishonestly use the claim of racism for material gain.

There is evidence that non-white people are discriminated against in employment, education, housing, law, etc, etc. If people can't accept there is systemic discrimination against BAME people in virtually all areas of public life then that is what I call racism.

SueDonim thanks for starting this discussion and Eloethan thanks for saying what i wanted to say.

13th, is a hard watch, but an excellent watch

It's on Netflix at present

An in-depth look at the prison system in the United States and how it reveals the nation's history of racial inequality.

What do you keep in your loft

What are you watching tonight?