Johnson and a new deal

If as has been hinted, by Cummings and a Johnson, that they are intending to launch a FDR type of economic new deal, I for one would be very open to the idea if the recovery and it’s policies were directed at the hardest hit, just as Roosevelt did in the 30s.

It means if they are indeed going to follow the plan it will mean a complete reversal of Tory economics since the Thatcher years.

It means that will recognise the importance of government spending as a driver to boost consumer demand.

It means that there will be government spending on large scale infrastructure to kick start a failing economy.

It means the implication of Keynesian Economic Policies - something some of us have been banging on about for years.

It means that it will concentrate on creating jobs, and those sectors hit the hardest.

I do hope that they are up to it as they don’t fill me with confidence at the moment.

I’m not sure how they will sell it to the right wing of the party, or indeed those people like we have on here who have for years rejected the notion, as “spending money we don’t have”
Although I am sure they will find a reason why suddenly Keynesian is the thing.

We will wait and watch.

jabberwok you sound as if you are describing the Tories. 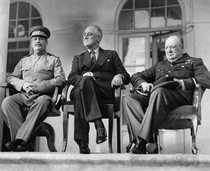 Well, Johnson has already compared himself with Churchill and Roosevelt. Is the man on the left going to be next?

Surely he wouldn't do anything as dastardly as purge his party! Oh hang on!

You let yourself down by resorting to it.

growstuff😀 I have been wondering who Johnson will compare himself to next.

jabberwok you sound as if you are describing the Tories.

Do you not understand, jabberwok that the reason that Greece was treated the way it was was because the leaders of the EU (which then included the UK) believed in precisely the same economic theory which was followed by the tory government post 2010 and which subjected the UK to a decade of unnecessary 'austerity' with swingeing cutbacks to public services, most notably the NHS, which has left the UK in the dreadful state it is in today?

The NHS was on its knees well before covid hit us and the tories have every intention of making more cuts to public services in the future because they don't believe in state spending on public services.

This pathetic figure of £5 billions will go absolutely nowhere. It's cosmetic. It's designed to impress people like you who clearly have no idea of how much is actually spent annually by UK governments and how much extra would realistically be needed to carry out a programme of 'repair and rebuild'. Other people in this thread have quoted various figures. Have a look at them and a think about the paucity of £5 billion in that context.

How many were built?

I thoroughly agree with the idea of spending on a “New Deal”
But the figures that have been given so far are derisory, unless much more convincing detail is forthcoming, it’s just likely to be another glib catchphrase.

Usual onslaught! Only to be expected! Like Grandad, I've other, some would say better things to do, in my case walking my lovely dog!

Have a lovely walk.

I thoroughly agree with the idea of spending on a “New Deal”
But the figures that have been given so far are derisory, unless much more convincing detail is forthcoming, it’s just likely to be another glib catchphrase.

Agree with you 100%. The country does need to spend its way out of this mess, but it's not.

The Treasury's income is somewhere in the region of £650 billion in a normal year. I'm not sure of the actual figure, but in that context £5 billion is ridiculous.

Don't apologise for being sceptical.

Do you think they will have BA meetings one day? My name is Jabberwok and I'm a Brexiteer. Sorry, it just flashed across my mind as I read the post.

You don't have to do it Jabberwok. No one will object if you stop.

^ The country does need to spend its way out of this mess, but it's not.^

In fact, it's planning cuts, all departments ordered to look to make savings of 30% was the figure I saw.

I think that they will say that savings have to be made in order to pay for the £5 billion whitewash ( I utterly refuse to call it a new deal because it's an absolute insult to a defunct President and an excellent scheme).

Absolutely no understanding at all of how economies work.

janpt you couldn’t be further from the truth.

But if you think that there is an alternative to Keynesian economics at this time of dire economic crises, please do Outline how you think we can begin to tackle the drop in GDP, the existential rise is unemployment, the consequent poverty and the rise in businesses going bust.

I for one will be interested to read how you think we can get out of this almighty mess.

Not sure what your previous comment meant Janpt, but maybe it is difficult for people to help themselves when they are unemployed? When the industry they work in has just crashed, or is that their own fault? Crikey, won't be long before we have the usual suspects on here saying that people shouldn't have children that they can't afford. The amount being bandied about by Johnson is just fairy dust, HS2 has cost £1.2bn so far and is nowhere near complete. I have often said that a massive, publicly funded programme of insulating homes, making them more efficient would create thousands of skilled and unskilled jobs, improve living conditions for many, maybe the zillions being earmarked for nuclear power stations could fund this?

And to cap it all there is a risk of a further pandemic coming from China in the form of flu from pigs.

janpt, have you ever studied any economics? Do you have any idea how national economies 'work'?

If the government doesn't put any money into the economy there's no money for people to 'help themselves' with.

And to cap it all there is a risk of a further pandemic coming from China in the form of flu from pigs.

Well, the last lot of swine flu actually bypassed older people, they proved to be largely immune to it. It was the young who succumbed badly. 2013 I think it was.

So perhaps we'll be less vulnerable if it happens...

What? I think you have to explain that Janpt. It sounds worryingly extreme to me - what do you suggest we do with those who need a "prop" from time to time? There will always be some that do.

GillT57 I would be interested to hear why you think it's alright for people to have children that they can't afford to feed and cloth and rely on the taxpayer to bring them up. Especially when they have more than two. How irresponsible is that ?

GGumteenth There is too much reliance on social workers and not enough questions are asked or suggestions as to their lifestyle. It is far too easy to get a prop instead of encouragement to be self reliant.

My hedge is destroyed

The Lockdown Gang - on parole!