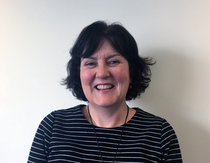 Our recent survey results on the family arguments around weddings has shown how easily family spats can happen.
If you've in the midst of 'wedding warfare' or have experienced a family breakdown in the run-up to the big day and would like to resolve it, we're pleased to say that Dee Holmes, a Senior Practice Consultant at Relate, has agreed to do a Q&A with us.

Dee trained with Relate originally in 1997 and has gone on to complete further training in family counselling, children’s, and young person’s counselling. She has worked in several locations and delivered family counselling as part of a Lottery funded project in Portsmouth and counselled young people at a sixth form college.

She is mother to two girls in their twenties and would say that her own wider family was part of what drew her to the work of helping people communicate better and optimise their relationships.

Please do add your questions to this thread.

EDIT: We'll send the questions to Dee at the end of next week (comm. 17th June).

How can you reestablish contact with estranged children when you are rebuffed every time you contact them? There must be a time when you have to say enough is enough and cut the cord!

I am grieving the loss of my oldest son and now my youngest son and his wife have decided to cut off our relationship to our 2 granddaughters. They up and moved 6 hours away and we've barely had any contact with them except for couple of phone calls for over a year. I know my son's wife has never liked us. She just used us for babysitting and I guess now we are no longer needed.

My 36yr old son has recently moved back in with me, well actually He was bailed to my address.
He has a wife and 3 children.
He can see his children as long as it's supervised visits. His wife will only let herself be the supervisor, so visits are not easy.
There is no structure to the visits it's just when the wife has a spare couple of hours.
My son has been diagnosed with mental health issues so isn't strong enough to fight for proper access.
It breaks my heart not being able to do anything and seeing my son so broken

Me too! My daughter clearly loathes me and has turned my other children from me as well. No actual row or anything I just had the audacity to say 'no' for once!
My middle daughter has been so insulting and unpleasant towards me that I don't think I can ever get on with her again and this makes me feel a lot of guilt! I already suffer from chronic depression so I have no emotional resources to keep on being slapped in the face, which is only making them feel good and making me feel worse!

I'm in a similar situation. I've decided it's time to start learning to live and enjoy life without my children - lets face it they're not thinking or worrying about us! I'm going to try to plan new things and try to realise that the 'perfect' family just doesn't exist! No more guilt. Children even in their 30's can be cruel and that's what the 21st Century seems to be about. Just be glad you're not like them. If they do phone, tell them about your new 'hobbies', 'holidays' and so on and whatever you do don't let them think they have succeeded in hurting you, even though I know you're in a lot of pain!

I haven’t seen or spoke to my son for over 10 years,he doesn’t want anything to do with me or his sister, it still hurts but I’ve had to move on in life,I have tried contacting him and I send his two children who I have never met money for birthdays and xmas, I sent him a long letter asking for contact and apologising for anything I have done that hurt him but no reply .

"How can you reestablish contact with estranged children when you are rebuffed every time you contact them? There must be a time when you have to say enough is enough and cut the cord!"

Perhaps it's neither of those. You cannot predict what the future holds and you cannot control the children.

What you can do is simply maintain regular infrequent contact with no emotional strings attached i.e no reciprocity expected by you.

It may be that some time in the future, perhaps after you are dead and gone, your children will be going through a bad time and your faithfulness will give them some hope.

The problem with maintaining "regular infrequent contact" even with "no emotional strings attached" Alexa is that this is often regarded as harassment.

You only have to look at comments made on the estrangement threads to see this is often the case.

it would be impossible to make infrequent contact with estranged kids with 'no emotional strings' its stressful enough coping with the estrangement without adding more upset to the mix!

Are there answers to all the sadness above?

Is there any recourse to the Court for all the injustice, disrespect and lies levied on us by our children. I have a good mind of bringing them down!

Finding a way to get parents to listen to our grievances without defensiveness or criticism would be a start. For parents to hear our experience without going 'Ahhh but, what about meeee' & immediately jettisoning what their child has just said. Sadly, the reason so many estranged parents are abandoned is they're completely unaware of their own lack of consciousness.

Um, I thought a Relate Consultant, Dee Holmes, was supposed to come in and answer these questions. Where is she?

One of the questions I would ask Dee is, are Relate counsellors trained to spot the oh-so-plausible manipulation of narcissists?

I have been shocked at the situation her where supposedly experienced counsellors have been taken in by the lies and play-acting of someone who is textbook narcissistic. Taken their side against the partner (and why would a trained counsellor or psychologist take sides anyway? Are they not supposed to be impartial?)

Even the courts did not seem to be wise to his antics. It baffles me.

Hi chinacup. We usually run the Q&As for a week or so and then will send the questions to Dee for answering. We'll post again on this thread but will include an update in our newsletter too so do keep checking.
Thanks
GNHQ

WOW Purpletinofpaint, ( quote ) 'Sadly, the reason so many estranged parents are abandoned is they're completely unaware of their own lack of consciousness.'
Typical comment from a daughter about her mother!!

If a adult child estranges them self from you and won't tell you why and rebuffs all your attempts at asking for the chance to understand and try to make ammends what to do?
Do you leave them alone and just hope that one day things might change?

Hugs help.. I'd like to know the relate woman's answer to that. But I also want to know if the police ever take action for harassment these days? Esp if its mother to AC. I don't think they would be interested. I also wonder why an AC wouldn't want to tell their mother what they had done wrong. If there is already Estrangement, there's nothing to lose, just closure for both parties and the AC can tell them direct they don't want to see their parent again. At least this would put an end to things. If I were the AC in this situation, I would be direct. Because my not doing that it also suggests that they don't want contact 'just yet' which raises expectations for the future.

hugshelp, in my case yes I leave them alone, theres only so much you can take, the bridge is broken beyond repair. I had hope in the beginning but as Ive been rejected so many times and for so long, all the hope has gone. I look at it that the AC are punishing you as a parent by treating you so appallingly, they just wont let it go, must be very draining for them to live with such hate towards their parents.

I'd love some advice on a wedding-related issue. My friend is recently divorced and her daughter is getting married in August. Her daughter has asked if she minds if my friend's husband's new (3 months in) girlfriend (typically much younger) attends. She's said of course not, not wanting to rock the boat but now feels extremely awkward about it because she does mind very much and it's meant an otherwise happy occasion will be ruined for her. She knows the day is all about the couple and especially her daughter but I can see this is eating her up inside. I'm not sure what the top table seating arrangements are but I'd hope the new woman isn't there. Should she talk to her daughter again about it? I think she should.

I would like to know what to do if its your DIL that is calling all the shots and your not really sure your AC knows whats really going on. The last text message i received from my AC was he would get in touch to sort things out when he got back from being away with work. That was 10 months ago, haven't heard a word from him since its all been from DIL.

"I also wonder why an AC wouldn't want to tell their mother what they had done wrong. If there is already Estrangement, there's nothing to lose, just closure for both parties and the AC can tell them direct they don't want to see their parent again. At least this would put an end to things. "

I agree, Joyfulnana - just break the NC "rule" long enough to let the parents know the reason for it. Or better yet, do that before going NC.

However, in some cases, it will just lead to arguing, denial, etc. And the parents will still come away saying, "don't know why." Also, sometimes, they have been telling the parents what the issues are for months and the parents ignored it, that's how they ended up with NC (not saying that's true of anyone here).

Still, I think it's only fair to make sure you (general AC)let them know what happened and maybe even give them a chance to "fix" it if possible. In fact, think you'd want them to know why. But maybe that's just me.

My husband is very hostile towards my grandchildren

A polite, but heartfelt request.😬