Survey reveals over a quarter of relationships are 'sexless'

Passion-killers include the menopause and having young children, but, for the over 60s at least, not body confidence.

Get relationship advice delivered directly to your inbox

The number of people in sexless relationships grows steadily with age

A new survey by Gransnet and Mumsnet, in association with Relate, has revealed the ultimate taboo - the truth about sex, and a lack of it, in relationships.

The big leap in sexless relationships between those in their 40s and those in their 60s might be down to the menopause, which happens on average at 51 in the UK and can be associated with physical discomfort that makes sex difficult. Almost a third (32%) of those over 60 say they have lost their libido since the menopause, and those over 60 are significantly more likely than the average to say they would like less sex (11%). 3% of those over 60 say their partners would like less sex.

But getting older has its benefits, as body confidence surges noticeably. Only 14% of those 60 or older, who are having less sex than they or their partner would like, said they were self-conscious about their bodies, compared with 37% of under 30s.

The survey confirms something that lots of parents will admit anecdotally: having young children is a passion-killer. The average age of a first-time mother in the UK is 31.

Of all those who haven’t had sex in the past year, 48% have argued with their partner about the amount of sex in the relationship (compared with 38% of respondents overall). Despite this, 76% have never thought of counselling and just 9% have attended sessions with a counsellor.

Overall 75% say their sex life is satisfying but almost half (52%) would still like more - although that’s just 38% for those who’ve been in a relationship for less than three years and 41% for those in a relationship for 20 years or more. The main reason Gransnet and Mumsnet users say they have less sex than they’d like is tiredness, but 10% say it’s because they’d rather read a good book.

Don't suffer in silence: there's no shame in asking for help

Gransnet editor Cari Rosen said, "Certain life events, such as having small children or going through the menopause, seem to throw a hand grenade into your sex life - and plenty of other factors, from ill health to bad communication, can also have an impact. If everyone concerned is perfectly happy to curl up with the latest Marian Keyes instead, it’s not a problem, but we know from the Gransnet and Mumsnet boards that lots of people - both men and women - are quietly miserable about it without quite knowing what to do."

Relate’s Head of Service Quality and Clinical Practice, Ammanda Major said: "When it comes to sex, what matters isn’t how often you do it, but how you feel about it. You could be having sex a handful of times a year and be perfectly happy with this – it’s up to you and your partner to define what a healthy sex life looks like for you. The reason these statistics are worrying is that they suggest a lot of women are unhappy with the amount of sex they’re having, with many saying it’s causing arguments. When you have young children, finding time for sex can be tricky but there are plenty of ways to be intimate without having full intercourse so don’t put too much pressure on yourself. Be sure to talk about how you’re feeling and if things still aren’t working, get in touch with an organisation such as Relate, who can help."

Sex and the menopause 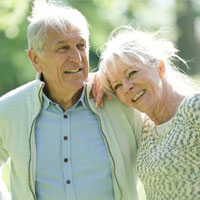 What to do in a new relationship when you're over 50

CHANGE A LETTER - GAME 12 (up to two changes allowed)

Will you be giving anything up for Lent? ♥️