Not sure how I feel yet.

Had a phone call from DIL at half past midnight to say that my mother has died. She (my mother) stopped speaking to me some years ago, heaven knows why, I ran myself ragged looking after things when my stepfather was ill and after he died.

I tried to find out what the problem was, but phone calls resulted in her hanging up on me, an unexpected encounter in Waitrose was unbelievably awful, made me wish I had just stayed hiding behind the yoghurt section instead of approaching her.

Now of course I will never be able to sort things out.

I was so proud of her, she was an unmarried mother in 1958, in a small community. She was sent away for the birth, I was supposed to be adopted, but she decided to keep me, despite my having a cleft palate and being difficult to feed.

Perhaps one day I will try to tell the whole story, or at least as much of it as I know, but for now I must admit to feeling somewhat out of kilter, hence still being up at 4am.

Big pyjama hug from me . You'll be mourning not having had the life with your Mum that you wanted , how sad I feel for you .{flowers}

Oh phoenix this is so hard. I think the mixed emotions are entirely understandable , it was not easy being a mother, even less so the daughter of a mother with what are currently known as "issues" but right now is not necessarily the time to unpick the tangles of that relationship. I send every sympathy not only for the loss of your mother but for the loss of the relationship during the years when she had stopped speaking to you.
I hope there are lots of shoulders among your family and close friends and that they are broad enough to help you through this hard time.

I am so sorry phoenix. You have obviously tried hard to make amends. You may in the fullness of time be able to forgive her for not doing her part to mend the rift. Try and focus on the good times you had together and the fact she fought so hard to keep you as a baby. Hope you find the funeral service helpful. Do you have any siblings?

Completely understandable to not know how you feel. I'm sorry for your loss.

Very sorry Phoenix but you've nothing to feel guilty about, just sad about what might have been and the relationship you two could have had, but for her behaviour.

Don't try too hard to make sense of this all, best to leave the pieces on the floor and move on

So sorry to hear this news, phoenix, of course you don't know how you feel, why would you? Please give yourself time, take all the support you can get from kind and loving people around you and maybe for now at least don't try to understand or focus on the recent past. Just be as you are. Sending

and so many hugs.

from me too phoenix. Hope the daylight hours bring you some comfort, take care of yourself. Try not to worry about things you can do nothing about is something I'm always telling myself.

and {{hugs}}from me as well. You have come to the right place to unload a bit. There will be lots of helping hands reaching out.

A lot of wise words have already been said that I don't think I can add to other than your mixed feeling are very understandable.

I'm sorry for the loss of your mum

phoenix Your feelings are completely understandable, I felt the same for my dad who left when I was in my teens. You will be grieving for the relationship you should have had with your mum. Look after yourself and don't worry about how you feel.

phoneix. So sorry to hear this. Emotional clarity often goes out the window at times like this. Take care

A double whammy Phoenix. Sadness (for what might have been), guilt (for no reason), and anger (because now you'll never know). My cousin felt the same when her mother died last year. She too will now never know why her mother refused talk to her. We all tried to get to the bottom of it but I think, in the end, my aunt didn't know either. But she still wouldn't talk. (((Hugs)))

Sad for you Phoenix

Phoenix I an sorry to hear that. As you have had a really tricky relationship with your mother I am sure it makes it feel even worse for you. Big ((((hugs)))) 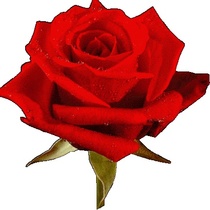 So sad for you, Phoenix. But I reiterate what others have said: do not drown in guilt.
Mourn and then look back and write down what you know about your mother and her life, but in due course.
Hugs.

(((hugs))) phoenix. Was your mum ill? Was it expected or very sudden? Will you go to the funeral?

Be gentle with yourself and give it time. We are here if you need to talk. I hope you got some sleep.

I am so sorry for your loss Phoenix.

So sorry to hear of your loss Phoenix

. Thinking of you today. Mixed emotions are hard to deal with, but guilt need not be one of them. x x x x

Looking forward to the next few months?