Brexit is the cause of the shortages

The foreign media seem to think we only have ourselves to blame for the current shortages because we voted for Brexit and I totally agree. The current posturing of this hopeless government says it all and the fact that Boris is offering temporary visas to foreign drivers is pathetic and an admission that it’s Brexit that has caused the current problems. Please try to convince me that Brexit has been good for our country - I’ve been angry about it since 2016! www.theguardian.com/business/2021/oct/03/only-yourselves-to-blame-uks-shortages-seen-from-abroad

It’s a myth that U.K. animal
Welfare standards are higher than in the EU. 90% pigs reared in the U.K. are reared indoors. Tone reason for slaughtering them all on the farm now is that they’ve grown too big for their accommodation - that tells you something about the space they are given.

I think though that farrowing pens are illegal in uk but are used in Denmark and Holland?

EU legislation may be stringent but is not always adhered to.

Sweden and Austria have stricter laws on animal welfare than the U.K. to name 2. I’m sure they aren’t all adhered to either there or here - How many prosecutions are there for animal cruelty in the U.K. ? Not many is the answer those who believe we have the “best welfare in the world” have no evidence other than fairy stories. I could show you horrendous videos of animal cruelty ( no I don’t want to see them and neither would you) in the U.K. where there has been loads of evidence and NO prosecutions. Pigs are more intelligent than dogs yet they are treated as a commodity to be eliminated when they serve no economic purpose. Those pigs lives are literally worth nothing. They have lived all their short lives indoors in a tiny spaces now have no room to move and are being shot in the sight , sound and smell of others. Imagine the bloodbath and terror.

are being shot in the sight , sound and smell of others. Imagine the bloodbath and terror.

Do you have evidence for that?

Sweden and Austria have stricter laws on animal welfare than the U.K. to name 2.
Two out of 27 in the EU

Callistemon how do you think pigs are being mass killed on farms? In some abattoirs they are put in gas chambers where at least they don’t know what is happening. I don’t think you’d want to see the evidence. Pigs are very intelligent and sensitive, it’s just they aren’t cute and cuddly that makes them one of the most abused animals on the planet. In the U.K. now there are sows kept in pens where they can hardly turn.

youtu.be/twS_COailzk
This isn t a horrible video - it’s one showing a pig doing a jigsaw puzzle. 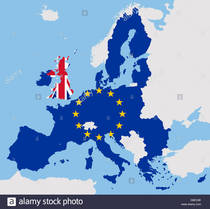 Maybe you could explain what we trade with the rest of the world? But you should ignore the 30+ EU trade deals that were rolled over when Britain ran away from the EU.

It is not just the U.K. which is suffering supply chain issues, the USA is not in a good place.
There is a worldwide shortage of labour due to Covid-19, Brexit is just part of the issue.

We rolled over so many things when we brexited, including all the European laws that so many people objected too.There was a compendium Act that went through Parliament and I was surpirsed at the time that so many epople failed to notice it happening

I’m totally fed up of the name calling from those who voted remain. I am not gullible nor racist. I voted for Brexit and would do again, as would every single person I know. Since we have now left the EU, I presume that the name calling will cease? Mind you, in Scotland we had a referendum in 2014 and the country hasn’t been the same since.
As for the recent shortages - do you think having a pandemic may have had something to do with the problem? You do realise that Germany, Belgium, the Netherlands, France and the USA (to name but a few) are also suffering shortages? I presume this is not down to BREXIT? There is a shortage of HGV drivers in nearly every country.
It was very simple for people who wanted to stay to apply to be able to. My German mother didn’t have a choice other than to take British nationality (in the 1960s).