Going mad with this knitting...

Making a hooded jumper for baby grandson. All fine until the last bit - band that runs up the front opening, all round the edge of the hood, and down the other side. 'Pick up and knit 3 sts from every 4 rows...' and on a circular needle, which I've not used before.
Have gone wrong twice already. So xxxxxxx hard to see 3 of every 4 for a start.
Am taking it on holiday, where there will be better light, and hoping to crack the wretched band while Dh is off for half a day at a time cycling round Burgundy.

I will never again embark on any pattern where you have to 'pick up and knit'.

What I do is calculate the number of total stitches for the band, halve the garment at back of neck, mark with a pin or stitch marker, halve each half and mark, halve again if a quarter is more than 3 - 4 inches, divide the number of stitches required by 4 or 8.

Not easy to explain sorry but so much easier to do.

If you still don't get on with the circular needle (I hate them!), you could do the picking up in two halves, starting at the middle top of the hood for the left hand side and the bottom right front for the other side. The three from four thing is just so the border doesn't end up looser than the original and brings it in a bit. Rather than stick to that, you could divide the length into two or more, using pins or stitch markers, and try to pick up the same number from each half.
A way I've used to pick up stitches, rather than the pick up and knit thing is to use a crochet hook to pick up the stitches, bringing your working yarn through the loop you've lifted up with the crochet hook. It's saved my knitting sanity many times. If you can get a coloured crochet hook to contrast with your yarn, it's a lot easier to see too.
This YouTube video will explain it better than I can. You don't need to be able to crochet either- I can't, being as I'm left handed.
Good luck! www.youtube.com/watch?v=i0kUN3UHmCo

Oops ladygracie, I posted my reply before I saw yours about dividing up the length. Great minds!

Witzend I think you should post a picture of the finished garment on here when you've done. x

You have my sympathy! I hate, and avoid, any pattern that involves picking up stitches if I possibly can. Sometimes it is unavoidable eg round necklines but when I have to do it I prefer to place markers along the length of where I have to pick up and work out how many I need pick up between each marker eg divide the length into 10 sections and pick up the same number of stitches in each.
If the pattern does not tell you how many to pick up I would mark off a 2 inch length and then pick up the 3 out of 4 and calculate how many you need to pick up in total . Hope that makes sense!

Instead of knitting the band why not pick up and crochet. You get a firmer edge and a nice contrast in the stitches.

Great minds and crossed posts! DH distracted me while I was typing and by the time I posted so had others!

That's ok OurKid1 as you say, great minds. I persevered with circular needles because I hate joining stitches at the back of the neck, I could never get a perfect join which bugged me because I thought it spoilt the garment. Years ago I knitted for a designer so everything had to be spot on. I knit mostly on circulars now because the weight lies in your lap rather than my aging arms and shoulders.

You explained it so much better Niobe

That video using a crochet hook to pick up is great. Thanks for sharing. I keep forgetting that YouTube etc is good for such things like this. I've never used circular needles although I have some. Must give them a whirl.

Thank you all v much. Never learned to crochet, so can't do a crochet band, but will try other tips while away. It's a really nice little jumper so hope to goodness I can crack it without it looking messy.
I actually abandoned a big jacket I was knitting for a sister a year or so ago, because of a wide pick up and knit band all the way round. Yarn was black and I nearly went mad trying to see to pick up. Luckily the yarn wasn't expensive, but that should have taught me my limitations....
Just now packing and whatnot for v early start tomorrow. Thank goodness going by car not plane, so can just sling everything in. 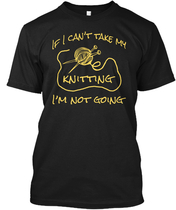 Have a lovely holiday! x

I don't like picking up stitches and especially when it is right around the fronts etc on a circular needle but yes, divide and calculate. I would in fact rather do that than knit the band separately then have to stitch it on.
Sewing up is worse imo - I have two garments waiting to be sewn up!
Crocheting sounds like a good idea but I have never really got to grips with crochet.

I agree with LadyGracie, once you get used to the twisting of the circular needle they become much more comfortable to use - which I now do all the time.

You could always knit the band separately and sew it on. Cast on about 9 stitches and do rib. Make some buttonholes as you go. I hate picking up and knitting too

I hate sewing up even more

Wilma65 thats what I always did with the baby jackets, never could get the hang of picking up.

Try and pick up roughly the right number of stitches on the right and left side, evenly spaced.

I use a crochet hook to pick up, and use the technique of dividing the strip to be picked up into manageable chunks too.
I love circular needles - you can do all the backwards and forwards of regular needles, but the weight of the knitting is always in your lap rather than hanging from your [painful] wrists.
good luck

I know how you feel witsend, I too have drive myself halfway to insanity with a complicated knitting pattern.
Years ago I knitted a chunky sweater (remember we wore them with leggings?) which had two different patterns and a cable band to separate them and the added stupidity of bobble stitch below the neckline and a picot edging. Nearly drove myself batty with that one. It was fine for a while until I washed it, you can guess the rest - it stretched long enough to become a dress.
I stick to sewing now.

l would knit the band up separately, as l hate picking up sts

witsend, there is actually no good reason to use a circular needle.. You have enough room on a straight needle for most children's garments. If you are finding it difficult o pick up the stitches from the edge you might find it easier to pick them up if you use 1 stitch in from the edge. It's not the end of the world if it's not exactly 3 out of 4. Try and relax it's more difficult if you are tensed up to get it right. If you really can't manage , go to your local wool shop and they should be able to help.

A circular needle is usually recommended if it is best for the job. I've also been knitting socks on circular needles for a couple of years now, so much easier than 4 double pointed needles.
A much more even finish is guaranteed with a circular needle because you're not stretching work trying to knit on straight needles, particular on a cardigan or jacket.

Witzend I know you said you can't crochet, but I've recently used this website to teach myself. It has written instructions (which look very complicated to me!) and wonderful videos (which I used!) for lots of different stitches. You might find something easy you could use - if I can do it anyone can!

What's your favorite TV show from the past 10 years.

Going back to where you were raised