relating to a granddaughter

Hi. Just joined this group. I'm a 63 year-old married man. My first grandchild, a granddaughter, will be born in August. I'm an only child and my wife and I raised an only son. I'm nerdy and bookish. I have no idea how to relate to a young girl. Suggestions?

She won't be a young girl, she'll be a baby.

You won't need to relate. Just smile and make soothing noises and leave the rest to her...and time.

I fail to see what being studious and liking books has to do with anything; as far as I know, babies don't care.

I suggest you relax and don’t worry. Let things take their course. Babies and toddlers have a way of worming themselves into your affections and I can’t see that it matters what gender the child is - especially in the first year or so. From my experience, the bond between a grandfather and granddaughter can be a very special one, even for bookish nerds.

By the way, how does your wife feel about the new arrival? Does she share your concerns?

My wife was a pediatric or neonatal ICU nurse for over forty years. She thinks I'm worrying too much.

Your wife is right! And I guarantee that you will need no 'instructions' on how to relate to your granddaughter (when she arrives). Just be you. You will love her, I'm sure. And she will love you right back, no matter how 'nerdish' or 'bookish' you are. You're her granddad! (Congratulations!) Have fun, and enjoy this new chapter of your life.

Don’t worry you will find your role. Our grandchildren 11, 9, 7, 5 and 2 absolutely adore Grandad. He makes up silly songs and makes them laugh. The 5 year old granddaughter has got him wrapped around her little finger and has done since her first set eyes on her. Don’t worry you will find your relationship with her in your own way. Enjoy it - I bet in no time at all you will be reporting back as a besotted Grandad - enjoy.

I would use your love of books as an advantage here and keep your eyes peeled for some books for the new little darling. You could instil your love of books onto her, maybe start looking at children’s books for some age appropriate books for when she’s around 6 months plus, you could get cloth ones and there are also hard ones that they can look at but also chew on!
I found a couple of articles for you on what is age appropriate, get looking and good luck! Dilly

Are you for real, LynnK? Just take your wife's advice.

Have a happy day.

Not all grandfathers can develop a good relationship with young children. I was an only child, and my father was nerdy and bookish. He had been OK with me as a child, though not really a "fun" father - always wanted to over-explain things if I asked a question. He never really related to his grandchildren - by the time they were born, he was old and in poor health and found them too noisy and boisterous, when at the toddler stage. He did try - would read stories to them occasionally, but couldn't really figure out what what appropriate to their age.

I would have liked him to have had a better relationship with his grandchildren, but had to accept that was the way he was.
LynnK - some of the suggestions from other posters are good and I'd suggest you try, but in the end it's possible that you might be like my dad and find it difficult.

Why should you relate to a granddaughter in any way differently to a grandson?
Children are children and if you think your DGD will only like frills and pink and Barbie and unicorns, you may get a shock!

I agree in principle with maw, but have to say that our girls really adore their pa and always make a beeline for him. But then so do the boys.

She will love it when you share books with her. Just do the things you used to do with your son.

Being part of a family of several generations of nerdish bookworms, We have found no problems relating to either children or grandchildren nor vice versa.

Lets face it, with you in her gene pool, she too may be a nerdish bookworm. We have several of both genders in our family.

DON'T WORRY I adored my Granpas and my grandaughters adore their Granpa ENJOY!

Baby girls always seem to really like men, our DD always seemed to settle better with DH in the evenings than she did with me. I wouldn't worry too much about the first year or so. I wouldn't treat her very differently from the way you did your son. At least you might be able to steer her away from all the hideous pink stuff.

Dads and their girls, a very special relationship, our girls can twist their dad around their little fingers, as can our four lovely granddaughters
Relax and enjoy!

I think it’s very sweet he’s reaching out to ask, hope some rather salty posters didn’t put you off op! If you’re worrying about relating to your granddaughter and asking for help, your heart is certainly in the right place! I think you’ll be fine, and your granddaughter will adore you as I adored my grandfatherly neighbor many years ago. ( he was very quiet and I loved watching him whittle little animals for me)

You love books so read to her. Read to her from the first day and it will become something amazing between the both of you. As she grows she could share your favourite authors and stories.

But honestly. Just by the way you’re worrying now before she’s even born you’re clearly very loving and caring. She will know everything you feel for you.

Yes I'm for real.
I love children, but I've never had to relate to little girls. Thanks for all the advice. Being who I am, a former editor and a bibliophile, I'm already looking for books for Aubrie Yvonne.
Thanks for advice everyone.

I understand you worrying and I think it’s nice that you are concerned enough to ask, when you describe yourself as nerdy and bookish do you mean that you don’t like anything to get in the way of your books and quietness
Babies do interrupt quietness and you do need to interact so these may be the things you are worrying about but the fact you are concerned means you want to change with this little one
Watch how you wife and others react with this little girl and copy Girls aren’t any different to boys when little as she gets older you will be invaluable for stories especial a bedtime one, I m 74 and still remember my dad sitting by my bed reading me bedtime stories
Enjoy your little girl and good luck 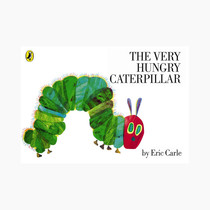 Being something of a bookworm myself (never had, nor wanted TV) I love the fact that there are so many wonderful books on the market for young children.

Many of them rely on you making sounds, such as animal noises, to enhance the text and pictures. Most children laugh at this.

There are always traditional nursery rhymes and finger games such as 'Walking round the garden'.

She will get lots of these and more when/if she goes to kindergarten, so you can prime her in advance

I was keen to read the classics to my sons. A A Milne and the original Winnie the Pooh for instance when all his peers knew only the Disney version

Now I buy for grandchildren and find Book Depository a great resource as one can filter for age of child and type of book. And pay no postage world-wide.

You'll be her star gate into a wonderful world.

The range of children’s books available is wonderful, and the joy of reading to a young child is really special.

Two of my granddaughters are little bookworms, and enjoy nothing more than an afternoon in Waterstones, which is lucky because I love it as well!

A very good bonding experience in my opinion

Hi LynnK thank you for confirming you're a genuine poster, and apologies for doubting you.

Enjoy your new grandchild, they are a blessing.

My Grandchildren love all of their grandpas and each of them is different. Some are Loud outgoing always up for a game, Others are very restrained with a scientific minds. They come from lots of different walks of life. The gender of the children does not matter. They will be interested in you as long as you are interested in them.

Don’t think about doing things out of your comfort zone. My DH has never been any good at story telling, he does however have an encyclopaedic knowledge of sport and the East End of London. These are the activities that he does with them. The various grandchildren are taken to museums, libraries, historical monuments, sporting events and cinemas by their grandparents.

I have 8 GCs and I think they are so fortunate to have tso many older people in their lives who love them. One Grandfather is a widower who never did the domestic things with his own children. He now changes nappies, feeds bottles, takes his granddaughter to all the train museums and loves having her for sleep-overs.

LynnK you remind me of a friend who had similar concerns. He has the mind and disposition of a bookish academic - and he's also now a grandfather to three little girls who adore him as much as he does them. He took early retirement to spend as much time as possible with them and in fact his youngest daughter bought a house across the road. Relax; you'll cuddle them, play peek-a-boo, take them to the park, read to them - and like magic you'll find your own way to relate and all will be well.

The Argy Bar and Tea Room

Win a £100 Amazon voucher, a copy of The Silent Wife by Karin Slaughter and a bundle of her best selling books worth £55